previous
The Last of Us 2 Spottted
random
next
UK Charts: Who's Number One?
0 comments 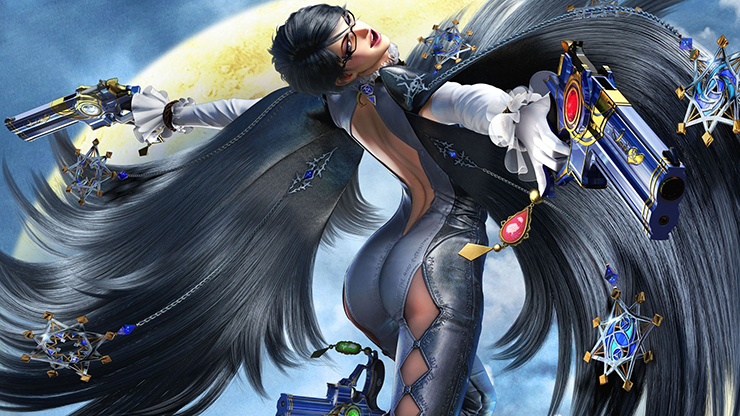 It’s excellent. We gave it full marks, as did so many others, so that goes without saying, really. But, Bayonetta 2 isn’t without fault. For example, the story is terrible, the majority of characters are atrocious and there are some moments that would make most self-respecting individuals rather uncomfortable. However, Bayonetta 2 contains the best action-based gameplay this year and, in all honesty, it’s acceptable to claim that Platinum’s Wii U exclusive is mechanically flawless. Every sword slash is satisfying and every kick devastating. And it’s only fair to point out that, even though it’s not the way I played it, the touch controls aren’t bad, at all. The majority of you reading this will never go near them, but it’s worth a mention. That’s the class of Bayonetta 2; something that is pretty much surplus to the whole experience is even better than most.

I suppose that shouldn’t really surprise you. Platinum Games is one of those developers that produce greatness, nine times out of ten. Bayonetta is a perfect fit for them. While people bitched and moaned about Nintendo’s hardware being the only home for the arse-kicking English witch, it’s important to remember that without Nintendo, chances are this series would’ve remained a one-hit-wonder. There are moments in Bayonetta 2 that are genuinely jaw-dropping; sometimes because you’re in awe of the scale of enemies, other times because you’re in utter shock at what’s happening on screen. Indulge me for a moment while I tell you a personal story… So, about half-way through the game, I came upon an adversary that was a box. Just a cubey looking, square-faced baddie. Naturally, I chuckled to myself. “This is what you’re giving me now!? After so much imagination and thought put into the others, I must defeat a shape!? Hardy har.” You wouldn’t believe how tough that bastard was. Shape-shifting, laser-shooting, practically indestructible foe in the form of a Philip Schofield TV show. Levels don’t follow any particular form of pattern and in many ways, that’s Bayonetta 2 across the board. Sometimes they might be a five minute boss fight, other chapters might take thirty minutes of kicking and punching all manner of weird and wonderful bad guys. Trying to guess what unencountered enemies will look like, or what their attacks will be is an exercise in futility. The ingenuity is a sight to behold.

Bayonetta is an undoutedly sexy character. She exudes a confidence that we rarely see from women in video games. There are moments where rather than being empowered, it all comes across like a teenager’s seedy fantasy, but not always. When executed well, Bayonetta’s powerful presence is felt; it’s just a shame that things do take a bit of an uncomfortable turn at certain points. What can’t be excused is that sidekick. You know the one. The albino boy with corn rows, love. Like any good action affair, you can get through by mashing the face buttons so much that you leave traces of epidermis in your wake, but if you want to excel, you have to work. You learn combo after combo, you watch for tells, you wait for the exact moment to initiate Witch Time, you use lollipops only when you have to. The Nintendo Wii U doesn’t have a lot of “killer apps” as they say, but Bayonetta 2 is certainly one of them.

Read our original review of Bayonetta 2..