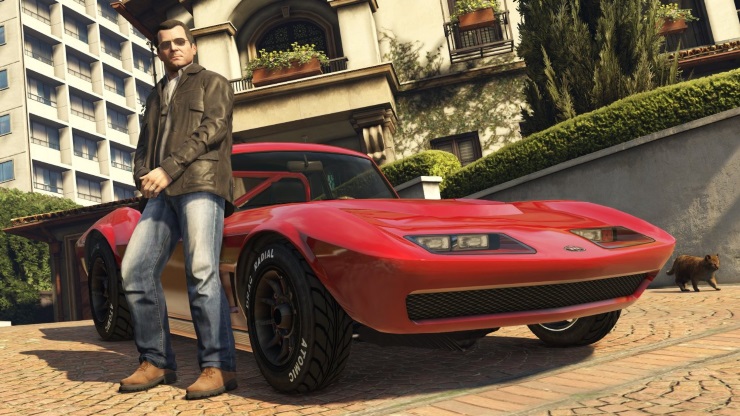 This weekend, Friday 2nd to Monday 5th, playing in a featured playlist in GTA Online will net you Double GTA$ and Double RP rewards.

Each Playlist will contain a Race, Deathmatch, Capture and a Last Team Standing Job to offer a bit of variety.

The playlists on Xbox One and PS4 actually differ to those on PS3 and Xbox 360.

If writing ability was a flavour, I would be the warming embrace of apple and cinnamon - wonderfully familiar and pleasantly spiced. Ever the optimist, I spend most of my game time diligently failing at fighting games (BlazBlue and Persona 4 Arena being the preferred titles), Monster Hunter and Dark Souls. As you can surely ascertain from such preferences I'm a gamer at my most content when a title is punishing me, abusing my feeble abilities and forcing me to improve myself in order to overcome life affirming challenges. Feel free to question my opinions and such on Twitter, @Dalagonash, or find me on every gaming network available as Dalagonash.
MORE LIKE THIS
Grand Theft Auto 5GTA VRockstar