UK Charts: GTA V on Top for Third Week in a Row 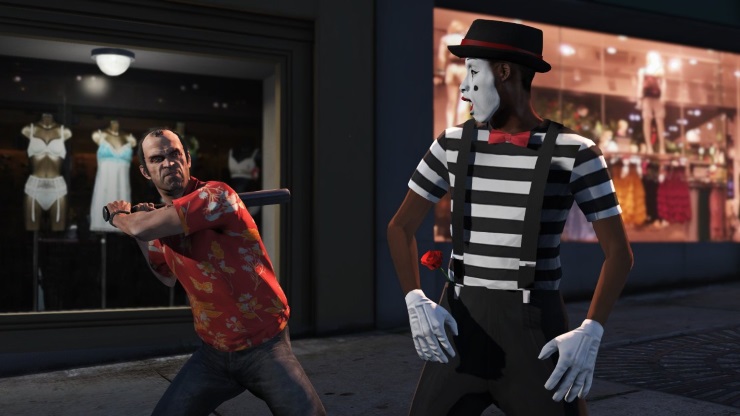 It’s an interesting top ten this week, with two titles making their debut and one surprise return.

Grand Theft Auto V has held onto the top spot for the third week a row, ahead of Call of Duty: Advanced Warfare which has leapfrogged FIFA 15 to second place.

Saints Row IV Re-Elected/Gat Out of Hell debuts in a strong fourth, followed by Call of Duty: Ghosts, which is up from number 30 last week. Far Cry 4 and Minecraft: Xbox edition have both dropped two places, to sixth and seventh respectively, followed by Minecraft: PlayStation Edition.

Rugby 15 makes it’s debut at number nine, while The Crew rounds out the top ten.

You can find me on Twitter and PSN as MacShanks, and feel free to hit me up if you have any questions, queries or feedback!
MORE LIKE THIS
ChartsGrand Theft Auto VRockstarUKIE

UK Charts: Mortal Kombat X Holds on to the Top Spot
Support us on Patreon for exclusive content