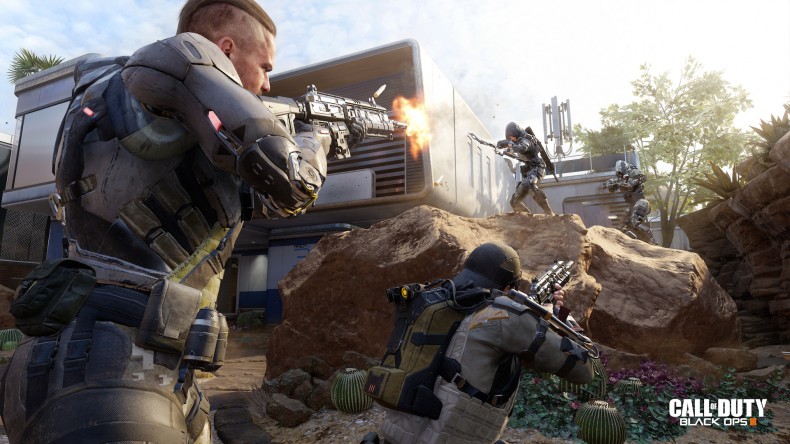 Call of Duty: Black Ops III has taken the top position in this week’s all-platform sales charts, making it the UK’s official Christmas number one game.

MCV reports that this is the sixth Call of Duty title to take the Christmas top spot, as the series refuses to budge in popularity around the festive period. Star Wars: Battlefront commendably takes second, despite The Force Awakens releasing earlier this week which was expected to make sales skyrocket.

FIFA 16 took third place, with Fallout 4 in fourth and the incredibly popular Minecraft: Story Mode in fifth. Black Ops III sales were up 33 per cent week-on-week, with Star Wars up 20 per cent and FIFA 24 per cent.

You can see the full top 10 below:

Currently an English, Journalism and Creative Writing student at the University of Strathclyde. Based in Glasgow, I spend most of my free time playing video games ranging from Japanese visual novels to horror games. You can contact me at greg@godsiageek.com!
MORE LIKE THIS
Black Ops 3Call of DutyChartsChristmas Number One