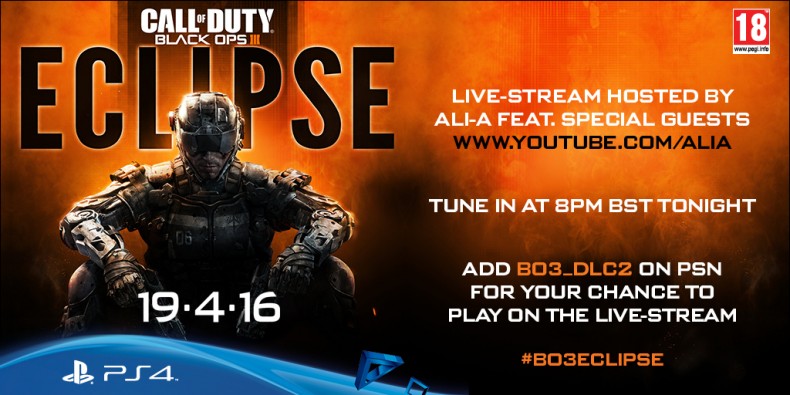 To celebrate the launch of the DLC pack, a livestream will take place tonight showing off the new maps. Hosted by Ali-A and featuring a few special guests, the stream will begin at 8PM BST. To be in with a chance of playing on the stream, make sure to add BO3_DLC2 on PlayStation Network. You can watch the stream here.

Eclipse adds four new maps and a new zombie map, all of which are detailed below:

Players who have purchased the season pass will be able to download the DLC instantly. Otherwise it can be bought separately. Xbox One release date is yet to be announced.

Currently an English, Journalism and Creative Writing student at the University of Strathclyde. Based in Glasgow, I spend most of my free time playing video games ranging from Japanese visual novels to horror games. You can contact me at greg@godsiageek.com!
MORE LIKE THIS
Black Ops 3Call of DutyDLCeclipse