previous
Shadow of Mordor Scoops GDC Game of the Year
random
next
Destiny: Location and Inventory for Xur – March 6 to March 8
0 comments 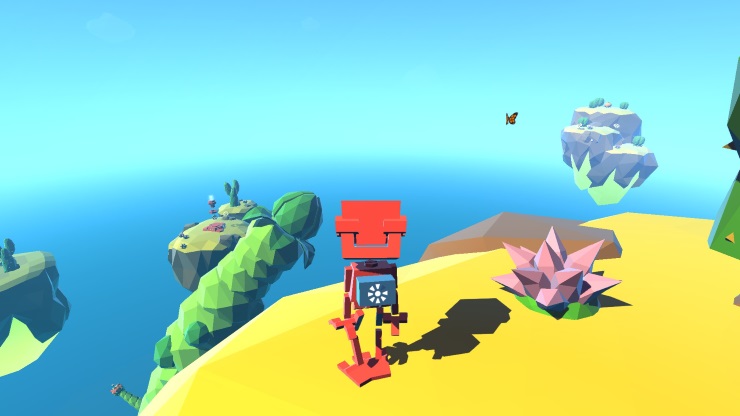 Coming from Ubisoft Reflections, the team currently working on The Division, and having just finished work on The Crew and Watch_Dogs, you’d be forgiven for expecting Grow Home to be a bombastic shooter, full of explosions, or radical dudes in cars with bizarre brother-murder plots.

Instead, it appears to be a passion project, completely bereft of uPlay and any of the regular Ubisoft machinations (I’m not complaining, I’ve enjoyed most of Ubisoft’s games in recent times). It’s a platformer where you play a robot called B.U.D, who is collecting diamond-type objects, in a colourful world, with the aim to make a large, weird plant grow ever higher.. You control each of your robot’s arms, which means you can climb up rock-faces and more.

It’s… a lovely surprise, a fascinating game, and…well, have a look at the video as Colm and I chat about it.

Editor-in-Chief here at GodisaGeek, I organise almost every bit of content as well as running our weekly Podcast, and being the lead producer on our YouTube Channel. That means I'm very busy and sometimes grumpy. Yay!
MORE LIKE THIS
Grow HomeUbisoft