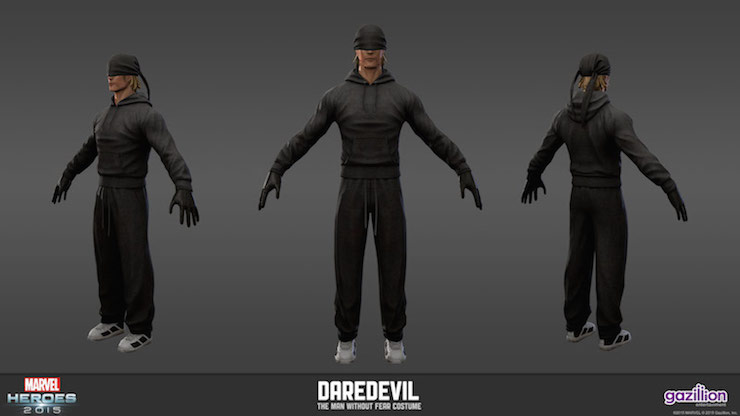 To celebrate the release of Marvel’s new Daredevil on Netflix, Gazillion has added a new costume to online action role-player Marvel Heroes 2015.

The outfit is “inspired by Matt Murdock’s first costume, as depicted in Frank Miller and John Romita Jr.’s DAREDEVIL: THE MAN WITHOUT FEAR #4 (1993). As Daredevil’s “work in progress” costume, it may not look like much – but it sure won’t slow him in down in his war against crime on the streets of Hell’s Kitchen.”

Mike spoke about Marvel Superheroes 2015 on the podcast a few weeks ago, trying to explain to Colm and myself exactly what it is. Why don’t you have a listen?

You can find me on Twitter and PSN as MacShanks, and feel free to hit me up if you have any questions, queries or feedback!
MORE LIKE THIS
DaredevilGazillionmarvelMarvel Heroes 2015