StarFox Zero Preview – Can it Capture Past Glories? 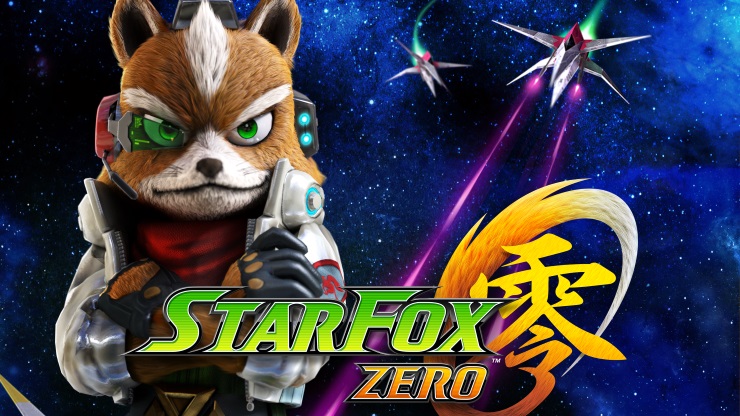 It was the one game we knew for sure that Nintendo would show at their direct presentation and, honestly, it was perhaps the one I was the most excited about. StarFox 64 (that’s Lylat Wars to you and me) is one of my favorite Nintendo games ever, and the one I always boot up when I dig out my old N64. But the announcement on the stream this morning left me feeling cold, and getting to play it later in the day only improved my thoughts slightly.

At first, it looked awful (visually), barely breaking GameCube/Wii visual levels. While I’m happy to report that this isn’t entirely the case (it does look respectable enough), it certainly won’t be winning any awards to its visuals on this showing. When titles such as Super Mario 3D World, Smash Bros., and even Pikmin 3 from a few years back are brilliant showcases of how beautiful the Wii U can look, StarFox Zero pales in comparison. Edges are pointy, models wouldn’t look out of place in old-generation games, and I would wager that this could run on the New Nintendo 3DS. Actually, that’s a good point, this probably would be more suited to the 3DS. When you are controlling your ship during a battle, the main action is on the TV – sometimes showcasing a cinematic view, but usually showcasing a third-person view of the ship, which is great for navigation; but not so great for shooting. Fortunately (or so you would have thought) a first-person cockpit view for aiming is on the GamePad. Having to switch between screens has never worked too well at the best of times, and in a fast-paced title such as this it really hampers the gameplay significantly. Constantly switching between the two screens means you miss a lot of things, and staying on track while also taking out an enemy is incredibly difficult.

The motion controls for aiming certainly don’t help matters either. Having to move the quite large GamePad around to aim at ships (even with the generous auto aim) was irritating and I found that it became near impossible to play without resetting the camera to center (by pressing the left stick) at least once every five seconds. It was by no means unplayable, so while it wasn’t great; I did eventually get the hang of flying and shooting and I feel like with a bit more time I could master the flying system. What I won’t be able to master, however, is when you switch to the walker. One of the major new features is the ability to drop out of the sky and transform into a walking mech-chicken thing. It sounds like a good idea but the execution is awful, and perhaps the worst thing I have ever seen in a first party Nintendo game (and I played Wii Music). The controls remain the same (left stick for moving, gyro for aiming) but combing the two just doesn’t work, it becomes impossible to move without being lost and turning, while focusing on a single target didn’t seem to be possible no matter what I tried.

During the end boss fight, a large mother ship dropped into the arena, and I destroyed one of the lasers while in the ship. That opened up a hole I could fly into. Once in I switched to the mech ready to wreck the ship, only to be thwarted by the horrific controls, and so I ended up dying. Other enemies that felt my wrath included large mechanical spiders and ships not too dissimilar to the ones Fox and his friends were in (they were probably very different but the visuals make it difficult to tell) . It is important to note that while there are a lot of things that certainly need to be improved upon, I did enjoy the time I spent flying around killing things. It really did feel very similar to Lylat Wars and after a while I was controlling the ship relatively easily. The grounded action is atrocious, though, and either needs to be totally reworked or removed, while the controls could do with a bit of refinement. But ultimately this feels somewhat solid, and with more time I feel like it would grow on me. All I do know is that as soon as I make it back to the UK, I’m booting up the N64 for a quick round of the original.

eSports! I joined God is a Geek all the way back in September 2013 and since then have spent most of my time on Dota 2, and occasionally posting the odd review, news article or totally wrong predictions for The International. When I am not playing Dota I can probably be seen watching some kind of strange eSport or begging for more Twitter followers (@MikeStubbsy if you are interested). Aside from GiaG I am a computing student, football coach and major Apple fanboy.
MORE LIKE THIS
Nintendo Wii Ustarfox zero