E3 Reinvigorated my Love of Gaming 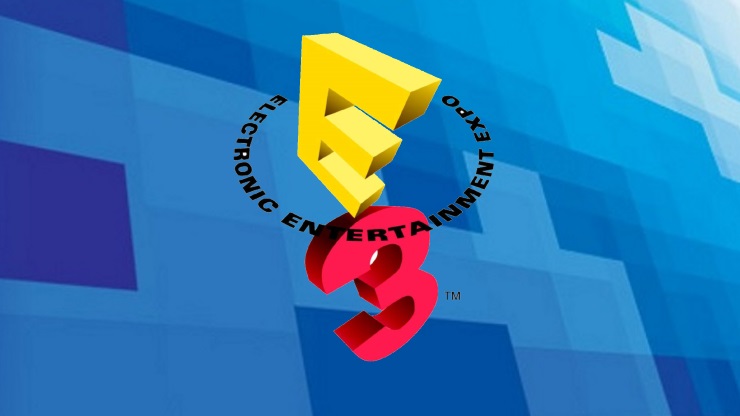 The games industry can be a monstrous beast. Like the towering behemoths and hideous bosses we’re often forced to confront in games, negativity rears its head with frightening regularity, ready to steal our souls and send us crashing back to the start in the blink of an eye.

I’m not talking about anything in particular here; this is not an attack. It’s merely an observation on the state of play. A little while ago I came close to throwing in the towel for good, hanging up my laptop and walking away from games writing. The catalyst for that decision wasn’t my mediocre success, frustrating as that can be, or the money-centric way so many games are developed these days, but rather a melting pot of issues that was simply boiling over.

The SJW stuff, GamerGate, every week a new controversy, a new reason for everyone to be outraged. My Twitter feed was poisoned by negativity, and the poison was turning my stomach, killing my enthusiasm for my favourite entertainment medium. The toxicity began to spill over into other areas of my life, too. I couldn’t write. Couldn’t enjoy games. Couldn’t feel the hype on which I’ve sated myself for decades. My love for games writing, and by extension games themselves, was dying. And so I walked. I wrote a heartfelt, painful letter to my editor of three years, packed the laptop away and stopped writing, stopped reading Twitter, stopped caring about the politics of the industry. I went back to being a gamer, a consumer, a normal human being. I started playing games again instead of critiquing them, and even when I did write a review as a favour a few weeks later, I wasn’t looking at games in the same way. I started to enjoy gaming again, and I mean really enjoy it. And I started thinking, with the sudden clarity, I loftily surmised, of a man who knows his end is coming. I started thinking about games in a different way.

Because suddenly I wasn’t in the thick of it. I wasn’t wracking my brains for article ideas, I wasn’t losing sleep over some snide comment on a submission of mine, wasn’t getting blurred vision from staying up nights reading the latest white knight campaign on Twitter. I was just a guy who played games again, like I haven’t been for a decade. I reviewed over 100 games in the last two years. You can’t do that without critiquing becoming habitual – but I was free of that. I was out.

And then E3 happened, and everything changed again. I found myself drawn back to the hype buffet like a starving blue bottle. I was a child at a fairground, eyes wide, mouth agape. Fallout 4, Deus Ex, Dishonored 2, Doom… Their announcements triggered memories, and I started going back through my old articles, my opinion pieces and reviews – but mostly my look-backs. And in them, I saw not only enough talent to start believing in myself again, but enough passion to remind me why I started writing about games in the first place.

Because I love games. As a blanket statement: I love games. I’d forgotten what games and gaming have done for me, on a personal level, in the past. Final Fantasy VII helped me survive a messy childhood of bickering, divorced parents, warping my impressionable young mind with their cry-for-help suicide attempts and point-scoring. I had breakups that would have left me on my knees if not for the latest Halo to throw myself into, or an Elder Scrolls game in which I could lose myself completely.

I realised it wasn’t always just about escapism, but the selfless generosity of games. They have always been there for me, and they’ve never asked anything in return except to be played. Most of all, I remembered my own ethos, once cast-iron but long since tarnished with rust. It’s not a profound ethos, not particularly clever. It is simply that games are meant to be fun. That’s what I missed. The rush of opening a new box, of pressing X to start for the first time, of breaking down a game and sharing my opinion with anyone kind enough to read it.

The industry was killing me. The negativity was destroying me, but it took leaving to make me realise how much I missed it. I swallowed my pride, wrote to my editor, and came back, armed with a newfound outlook on the industry. There will always be politics, there will always be another outrage. While I can’t ever truly rise above it, I don’t have to let it rule me either.

Games are meant to be fun. I’m not saying we should ignore the politics. They’re important. But they shouldn’t ever be allowed to overshadow the games themselves. They shouldn’t be able to hamstring our enjoyment. They shouldn’t get in the way of the fun. Outrage and controversy are anathema to fun, and fun is the lifeblood of games.

Senior Content Editor Mick has been playing games for over 30 years and writing about them for around 12. After drifting from site to site for a while, settling briefly at the now-defunct Made2Game and freelancing for the gone-but-not-forgotten NintendoGamer Magazine, he came at last to rest at Godisageek.
Mick has been a reviewer, staff writer and content editor here for some time, while also moonlighting a little for Red Bull Games. He has 4 kids, has written 2 novels, and sometimes even manages to pay a bill or two. You'll usually find him defending the galaxy in Destiny 2, battling evil in Diablo 3, or lurking in the background on Twitter. Find him there @Jedi_Beats_Tank, or on XBL (JediWaster247), PSN (Jedi_Waster) or Nintendo (JediWaster).
MORE LIKE THIS
Dishonored 2Fallout 4Final FantasyHalo

Dishonored: Death of the Outsider announced as a standalone release

Play the first three missions from Dishonored 2 for free, soon