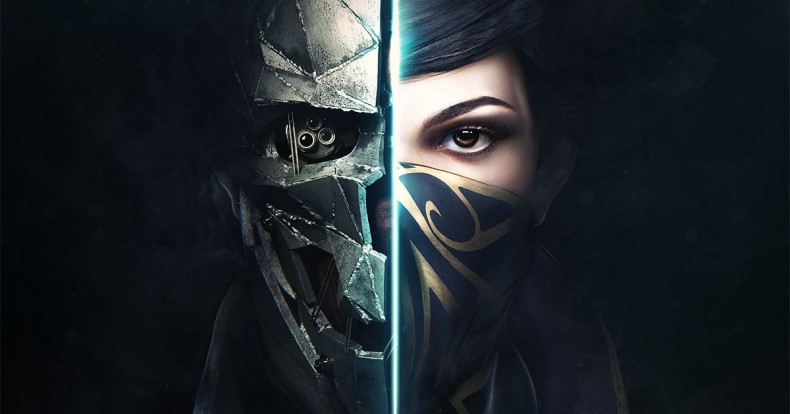 Within minutes of starting Dishonored 2, you’re reintroduced to the world, the big bad is revealed, and you’re murdering guards with your infamous butterfly blade for no crime greater than simply doing their job. Far from the atmospheric, scene-setting intro of the previous game, wherein Lord Protector and all-round hero Corvo Atano drifted back to Dunwall on a little boat, observing snared whales and that foreboding watercolour sky, the sequel is all business.

Emily (Corvo’s daughter) is Empress, the Rat Plague has passed, the Weepers are gone, and Dunwall is a nicer place. Well, actually it’s pretty much exactly the same place; there’s still a corpse in every doorway and the guards are all arseholes, but hey, there’s only so much you can fix in 15 years.

Almost immediately, perhaps too quickly, a woman named Delilah appears with the Duke of the neighbouring country and performs the fastest and easiest coup imaginable, installs herself as Empress and traps either Emily or Corvo – depending on your choice of protagonist – in cold marble. She then, for some reason, doesn’t instantly execute the legendary Lord Protector or the daughter he has been training for a decade and a half, instead opting to lock them up in an unguarded room with an open window. Clever. Compared to the previous game’s return to the grim majesty of Dunwall, subsequent round of hide and seek, and sudden, bloody imperial assassination, Dishonored 2’s opening is a little disappointing. That being said, it sets the pace for a faster game, as Emily and/or Corvo band with a handful of miscreants to take back what’s theirs.

The actual story is decent enough, rotating around the central mystery of Delilah herself. Having brushed off a severe running-through from Corvo’s blade, the new Empress is clearly more than she appears, and her link to the Outsider – the otherworldly entity who imbued Corvo with magic in the last game – is integral to the plot. The Outsider himself is more involved this time around, which is great news because he’s one of the more interesting characters. Corvo and Emily are also fully voiced now, which adds to the ambience as they comment on your interactions with the world.

There’s a personality to Dishonored 2 that you simply cannot mistake, not just in the atmosphere and aesthetics but in the gameplay. Nothing else plays quite like it, and there’s a level of freedom probably only bettered by the likes of Hitman. You’re given an objective and a set of tools and simply let loose on the world. Sadly, though, relocating the action from Dunwall to the southern city of Karnaca is about as important a difference as changing “night” to “later that night”, as aside the occasional mission set in the bright southern sunshine, the place is almost identical. If anything, it loses something by swapping rat swarms for bloodfly nests and removing the menacing Tall Boys altogether. It all seems much more mundane, and you may get bored of facing off against the same identikit guards or disappearing witches. Once again, you get the choice of how you want to approach a target: do you want to sneak or go loud, kill everyone or knock them all out, or creep around them like a ghost. Choose from a decent-sized arsenal including pistol, crossbow, stun mine, and razorwire trap – or employ the Outsider’s magic to get the job done. Both Emily and Corvo have similar but slightly different abilities – for example, Corvo retains his Blink spell, while his daughter’s is called Far Reach. The arsenal of spells and tricks is a varied grab-bag of stealth abilities and gruesome put-downs, but you can complete the entire game without being seen or harming a single soul. As before, more deaths means higher Chaos, more rats, and bloodflies, and more guards on high alert. It also affects the ending, as do a number of other factors.

Slick and entertaining, the minute to minute gameplay is only let down by some annoyingly inconsistent AI. Playing on Medium difficulty and not worrying too much about leaving a trail of bodies behind, I was a little surprised at just how efficient the guards are at spotting trained assassins lurking in the shadows. You’ve only got to poke your head out for a few seconds to get their attention, and then they will simply rush you, swords drawn, and hack at you relentlessly. Elite guards will also stand in the open and shoot at you, but it can easily become a bit of a mess when contending with more than two. The first person combat is fun and brutal, but it’s easy to get overwhelmed when it all goes wrong. There’s a wonderful rhythm to the sword fighting that almost encourages you to go on a rampage, but stealth ultimately feels more rewarding. If you want to find all the Runes to unlock and upgrade your powers or all the Bonecharms with which to boost your abilities, you’ll need to be either a master of the shadows or prepared to get a lot of blood on your hands. Playing the campaign through with both characters will take around 15 or so, but hitting every collectible as you go could easily trouble the 20-hour mark.

Gorgeous, signature artwork sets Dishonored 2 apart from its peers. Atmosphere seeps through every crack in the rotten floorboards, trickles down the sluices with every ounce of pungent whale blood; it’s in the warbling of the gulls, the ringing of distant bells, the scrabbling of rat paws in the dirt. So immersive is the world that it’s mostly forgivable when it glitches on you – which it occasionally does. I had a guardsman stuck in a constant loop of finding a corpse, looking for me, returning back to patrol, then finding the corpse again. In the end I got so sick of hearing him freak out that I killed him, too. I could have just moved the body, but fuck it, he was driving me mad. Elsewhere, a bugged locked door forced a reload, and a mission involving fetching the corpse of a faction leader to his rival became almost impassable due to some weird AI triggers. Essentially, the corpse afforded me safe passage in hostile territory, but when a repeating glitch put everyone on alert, the only reason they couldn’t kill me was because carrying said corpse rendered me invisible to the AI. When Emily dropped the corpse during a cutscene, the entire place went crazy and I got killed. This happened five times.

I got around it, in the end, and it may still have been due to earlier actions when I was on a bit of a killing spree, so in the grand scheme of things it was a fairly minor problem, but it’s worth mentioning. Taken alongside some incredible missions, the Clockwork Mansion, for example, or a later quest that sees you travelling back and forth in time to solve problems, iffy AI and occasional bugs can be forgiven to an extent, especially as I only saw a handful through the entire campaign. In any case, such issues are forgotten every time I turn it on and that haunting Sherlock Holmes-esque theme tune plays.

Dishonored 2 is not without its issues, but they pale considerably against the empowering free-form stealth, exhilarating combat and immersive atmosphere. Rise up, take back what’s yours, and have a ball doing it.

So much freedom leads to inevitable bugs and AI glitches, but this is still a tremendously fun and empowering stealth-em-up.