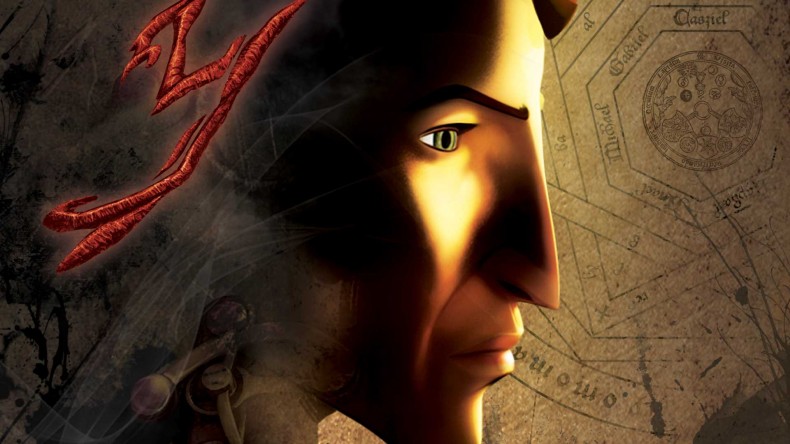 Yesterday Origin is an enjoyable, but at times infuriating, point and click adventure game with a sprawling, compelling plot accompanied by a large amount of satisfying puzzles and a great soundtrack. However, repetitiveness and a sense of labouring the point weigh it down somewhat.

The story spans over centuries and follows the story of a man of many names. You’ll come to know him most as John Yesterday, the man who lives forever and is the son of the devil, apparently. We first meet John, then known as Miguel, during the 1400s, as he’s bound in chains in a dank dungeon after being captured by the Spanish Inquisition. His crime? Being able to speak and understand all languages. A puzzle later and we then meet John, 500 years on, with his also immortal girlfriend, Pauline. After a rather striking scene of Pauline going to drastic lengths to remove wrinkles – honestly, I found it one of the most interesting scenes I’ve seen in videogames in a long time – the narrative begins to unfold. The catch with John’s immortality is that he has no memories from his previous lives, so his modern tale is of him trying to recreate the ritual in order to give himself memories, which intersected with flashbacks of his past, leading up to the faithful day that immortality struck. Thanks to the cutbacks to the past the story unfolds in a really interesting way, and the further you go the greater the conspiracy becomes. The narrative really reminded me of something like the Da Vinci code, which blends authentic history with folklore and myth to create a compelling tale. The good mix of characters, in both time lines, helps make it even more engaging, even if the voice acting is a little inconsistent quality wise and the dialogue can be a little hokey from time to time. It’s not a particularly deep or meaningful story, but it’s a fun thriller that continued to push me on whenever the frustration would start to bubble due to being stuck on a puzzle.

On the most part the puzzle solving elements of Yesterday Origin were enjoyable, but I found the structure quite repetitive. Basically every puzzle consisted of finding an item and putting it in the right place, maybe combining a couple of them before hand. It wasn’t bad, but when there was such little deviation it soon grew tiresome. Not to mention that the developers did, at times, needlessly drag out puzzles, adding just one more bit I had to do before it was complete. Again, fine when used sparingly but it began to labour the point and made me long for more story.

That being said, the puzzles were challenging, but used sound logic that meant you could figure them out if you put your mind to the test and they were quite satisfying when I did. Most of the time. On the odd occasion I was left staring at my screen for quite a while, trying every possible solution I thought I had and, I’m not ashamed to admit, I did have to resort to a walkthrough every now and then. My problem tended to be that I was clicking in the wrong place or an object or dialogue option had only become available after I’d already searched a certain area. But once I knew the solution it did make sense and I didn’t feel cheated like I have done with point and clicks in the past. Mercifully, whenever I was stuck in a single place for a while the music was so good that I didn’t really mind. Well, for a bit at least. There was a different track for every location and it always perfectly summed up the mood or appearance of a location. My favourite being, obviously, the fantasy mandolin music that played while outside a church in 1501.

Sadly, I did suffer from a couple technical difficulties during my playthrough. The lip syncing was often far askew, but most annoyingly was that the game on several occasions just froze and I had to restart. It’s a shame, because it puts a bit of dampener on what is a fun ride.

The story, however, compelled me enough to overlook those problems and storm on through. Maybe I’m just a sucker for pseudo-history, but I enjoyed my time with Yesterday Origin and would really like an opportunity to delve into that world again.

Repetitiveness, occasional frustrating puzzles and a couple of technical hitches may put you off Yesterday Origin, but if you persevere you will find an enjoyable, conspiracy thriller.