Playing N++ Took Me Back to Being a 10 Year Old 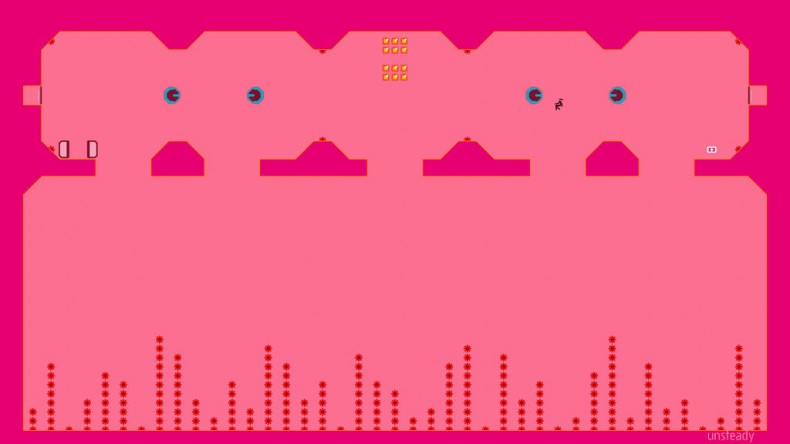 Cast your minds back to the summer of 2005. Batman Begins was the movie of the moment, Google Maps was most amazing thing we had ever seen and us Brits were smashing the Aussies to pieces in the Ashes – oh and I had just turned 10. Yes, 2005 was the year I hit double figures, and I intended to enjoy that summer like never before, with the added freedom that being 10 grants you. However, my parents had a different idea, and they sent me at least a couple of times a week to a local child care service where every day was filled with sports, arts and crafts (for the non sporty types) and horrific packed lunches.

At the time, football was my life, and videogames just something you did when it was raining, so everyday I would take part in all the sports activities, and then try to pass the hour between the sport finishing and being picked up by playing free online games on the computers. Then, one day, one of the staff there pointed me and my friends in the direction of a game called N.

Within minutes of starting it up we were all hooked; each of the eight available computers displayed the same dull grey colour pallet, and you would routinely hear shouts of anger coupled with shouts of joy. The incredibly tight platforming mechanics combined with the simple controls made it perfect for the young audience, and with the added competition of seeing who could do the levels quickest, it soon became our favourite non-sports pastime.

But the N obsession didn’t end after that summer: when we all met again for the October half term, we were straight back on it, and then Christmas and February and basically every holiday going forward. It became a highlight of going to the kids club that I once really disliked, and is now a part of some of my best childhood memories.

Essentially this is exactly the same game I was playing 10 years ago, but with more levels and the odd bit of polish here and there. The drab colour pallet remains, the art assets are mostly the same and the controls feel as responsive as ever; the biggest (and some would say only) major difference with N++ is the host of new levels, and my god are they the best levels yet. You know in your head that every level is possible to complete, and for the most part you can figure out how to do it within a few seconds of loading in, but actually pulling it off is a different matter.

As a 10-year-old it’s safe to say that I wasn’t the best at N. I mean, I was okay, but never amazing, so I hoped to become better this time around. But again i failed. Both Adam (@JebusF) and Nailz (@MacShanks) easily beat me on the leaderboards, and I will often fail because I misjudge a jump by one pixel. For some reason I just cannot become good at N, whether it was the original 10 years ago or the latest iteration.

But while I may not be very good at it I can’t stop playing N++. I’m not sure if it’s because of the memories I have, or if it’s because it’s such a good game (or most likely a combination of both) but what I do know is that even though I never realised it until recently, the N series is certainly one of my favourites ever, and N++ is the definitive version of the N formula. If 10-year-old me can fall in love with it during a time in my life when games were just a distraction I’m sure any of you reading this can find just as much joy with N++ right now.

eSports! I joined God is a Geek all the way back in September 2013 and since then have spent most of my time on Dota 2, and occasionally posting the odd review, news article or totally wrong predictions for The International. When I am not playing Dota I can probably be seen watching some kind of strange eSport or begging for more Twitter followers (@MikeStubbsy if you are interested). Aside from GiaG I am a computing student, football coach and major Apple fanboy.
MORE LIKE THIS
Metanet SoftwareN+

N++ releases on October 4 for Xbox One, team hopes to do a Nintendo Switch version

N++ Ultimate Edition available as a free update on PC, soon on PS4

N++ Has Additional Secrets Waiting To Be Found