Through the LEGO lens: An interview with Mark Warburton 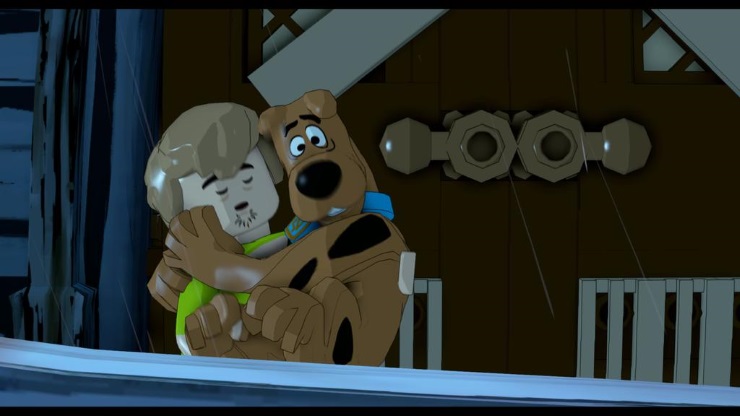 Whether you’re a master builder or a butter-fingered lummox, you’ll have heard of LEGO. Founded in 1949, the brand has invaded almost every medium of entertainment from the silver screen and even amusement parks. While LEGO has had a presence within video games from as early as 1997, this year proved to be monumental as TT Games introduced a feature many fans have been dreaming of: toys-to-life functionality. LEGO Dimensions is the first title that brings the worlds of brick-building and virtual platforming together in a beautiful display of interlocking plastic. I chatted to Mark Warburton, Associate Producer of TT Games about the two companies new vision for video games.

Bundled with every copy of LEGO Dimensions is a build-it-yourself portal peripheral which allows you to place items and chracters inside the virtual world and use them as tools for solving puzzles. Alongside this, starter packs for various IPs exist, such as Scooby Doo, Portal and Doctor Who, which expand the functionality of the portal as well as the in-game content. With such huge toys-to-life competition by brands such as Amiibo and Skylanders, I asked why TT Games had chosen to follow suit. “For us, it made sense,” Mark explained. “LEGO is the number one kids toy in the world, so if you’re making a toys-to-life kit then it makes sense to start there. The concept of it is really sound so I’m sure other people have had similar ideas, like Amiibo, and they’ve done a great job with it. Others might jump in, but the more the merrier! As with any industry, we all push ourselves and strive to do better than we have before. The key is not competing. We’ve gone in our own direction and made the game we wanted to make from the ground up.”

An interactive LEGO title has been a dream of by many brand fans for years now, and it appears it’s been a notion at TT Games for a while, too: “John Burton, the creative director, came up with the idea about eight years ago and has sort of waited for the technology to be there to bring his vision to life, in a way. We’ve just gone about it, done what we wanted to do – and whatever anyone else does: great. I’m just as excited as everyone to see what comes next.”

With such a vast vision and plenty of complexities to work out, Warburton stressed that the support of LEGO and their brick-building omniscience helped steer the project in the right direction. “Any development has challenges you have to overcome. But the cool thing is that the team over at LEGO are literally the master builders. If you take a look at the Batmobile for example, that rebuilds into three different vehicles from those bricks. That’s insane! If I had a box of bricks at home, I can’t make anything that even resembles a car, let alone three different ones. Those guys, they are true geniuses at this stuff, so when they bring what they know and we bring what we know from video games and it all comes together, it just works.” A stereotype that TT and LEGO have tried to shake for a number of years now is the notion that the brand is only for kids. However, Warburton expressed that their games have kept numerous brands relevant and reintroduced them to an entirely new generation. IPs like Star Wars and Indiana Jones, despite being created back in the 70s and 80s, are still insanely popular and LEGO deserve part of the credit for this, with Warburton making it clear that this was the studios vision.

“I think our games are always designed for the family market, that’s first and foremost. The idea of kids playing with their mums and dads on the couch and going through it together, that’s kind of what we’ve always gone for. The thing is, no matter what brand we choose, whether it’s Lord of the Rings, Back to the Future or Ghostbusters, we always filter it through a lens of LEGO. So if you’re an adult who likes that brand, you know it’s going to be relevant and true to the source, yet still suitable for the kids. So for us, it’s always a great way of introducing kids to these brands. If you look at Lord of the Rings, that was a 15 rated film I believe, whereas our games are the first introduction to these brands. So our hope is that parents can introduce them to Doctor Who, Ghostbusters and Back to the Future and really open their eyes to a whole new world.” With so many IPs included in the game (a mind-blowing fourteen on launch with more being added in the future), trying to make a comprehensible story seemed like a titan task to me, but Warburton assured me that the crazier the better when it comes to LEGO.

“It’s a LEGO game so it’s fun, it’s tongue-in-cheek, that’s kind of how we do things. The story was written with this whole mash-up thing in mind so once you get that basis there, you just do what you want and dive into this world as you see fit. In a way, it sort of doesn’t matter because you’ll just be having a good time. I mean, we’re not trying to be Fallout or something that has this deep narrative structure, we just want you to have fun and enjoy the story we’re trying to tell that lets you have Doctor Who running around with Doc Brown.”

With the series taking make such a drastic change with the inclusion of toys-to-life figurines, I was curious what the general feelings were back at the studio prior to release. Response to previous titles should have calmed nerves but still, excitement or anxiety? “I think it’s a bit of both. We’re always excited anytime we release anything at all – this has been cooking away at TT Games for a long time now – but any time you put one of your babies out into the world, there’s always a little bit of angst in it. You know: is everyone going to love it as much as you do? Is everyone going to treat it right and not lose the bricks? It’s an exciting time and everyone’s just on the edge of their seat waiting now.”

Finally, I simply had to ask the all-important question: Ketchup – cupboard or fridge?

“Cupboard. Why would you put it in the fridge? I mean you have ketchup generally with hot food, why would you want to dip it in something cold?!”

Currently an English, Journalism and Creative Writing student at the University of Strathclyde. Based in Glasgow, I spend most of my free time playing video games ranging from Japanese visual novels to horror games. You can contact me at greg@godsiageek.com!
MORE LIKE THIS
LEGO DimensionsTT Gameswarner bros