previous
Star Wars Armada Miniatures Board Game Review
random
next
Hands on: Noct Could be One of the Best Survival Horror Games of the Last Decade
0 comments 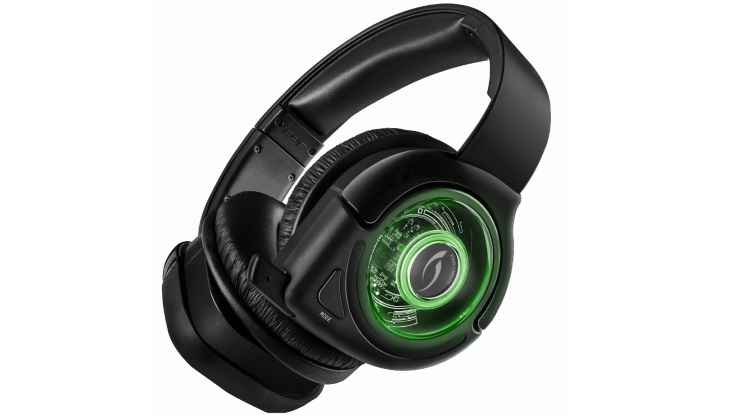 The Afterglow AG7 is a simple to use, comfortable to wear headset that provides a quality experience for a reasonable price.

Primarily designed to be used wirelessly on the Xbox One, I found the AG7 extremely easy to set up. There were no unnecessarily obtuse instructions like I have come across in the past; I simply I had to plug the dongle receiver into the Xbox, get it connected, and I was set. The wireless connection is wonderfully clear with no disruption whatsoever, and it remained so whereever I sat in my room – even as I ventured outside with it, too – as the range on the connection is very impressive.

The battery also lasts a long time, and is fairly quick to charge. It lasts for just under 16 hours, meaning I never had to stop a gaming session midway through because the headset had died. Even on the rare occurrences when I forgot to put the AG7 back on charge after use and it did suddenly die on me, it would be fully charged via USB port in about two and a half hours. I can only wonder how long the battery would last if it wasn’t for the glowing, ambient lights on each headphone cup. The LEDs glow either green or blue depending on which mode you’re in, and also use a breathing pattern when on charge. While they do add a certain amount of style to the head set, it’s not as if I could see them when they were on my head so I found it quite a waste. The only time I could see the lighting was when I was playing in the dark and it reflected off my walls, which I found to be a distraction. I also thought that the see through plastic cups that house the lights – while giving the AG7 a unique look, kind of took away from the rest of the headset’s classy matte and shinny black finish.

Even though the headset looks quite cool in colour, when actually on my head it looks ridiculous. The way the headband is designed means it leaves two massive gaps, either side, in-between my ears and the top of my head, making me look like a rejected Cyberman prototype. It didn’t exactly bother me while playing, as the headset does everything brilliantly, but it does look stupid when on.

While the AG7 is comfortable to wear thanks to the foam pad on the headband and squishy foam on the the ear cups, the headset’s considerable heft meant it made the top of my head and earlobes ache after a prolonged period of use. Weighing in at 366g, the headphones are quite chunky and can begin to weigh down after several hours of play.

On performance, I found the AG7’s audio to be quality both for gaming and chatting with friends. Every minute detail of sound can be heard loud and clear and makes any game you’re playing feel so much more immersive. I was playing a game that had a jump scare come out of no where and I nearly leaped out of my skin due to how the sudden change in sound blasted at me down the headset. When using the AG7 to talk to friends, the subtlety included microphone on the left cup does a solid job of getting you’re message across, and everything coming the other way can also be heard clearly – even if you’re having both game audio and chat coming through at the same time, providing you adjust the audio balance to your preference.

Easily my favourite feature of the AG7 is the 3.5mm jack it comes with. Meaning, although it’s designed for Xbox One, the headset is actually compatible with nearly every device you would you use a headset for. I’ve used it on my computer, iPod and PS4, and on every device the sound quality has been just as stellar as it is wirelessly.

So, while the Afterglow AG7 may have a few aspects that seem a little pointless or slightly subtract from the quality (specifically the glowing LED lights, the size of headband and the weight), they all remain quite inconsequential when you consider how well it does the job that matters. The sound quality is excellent, it’s simple to set up and then extremely convenient with a long battery life and range and, best of all, it’s compatible with so many devices – and all for a very reasonable price.