LEGO Dimensions Wave 2 Expansion Packs Are On Their Way 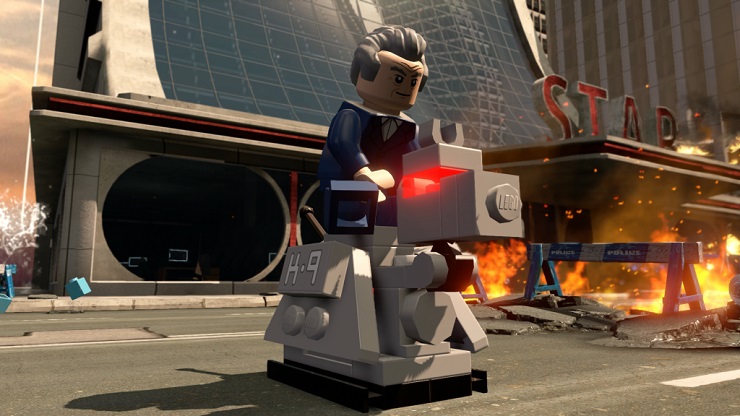 The Doctor Who level pack will include the level ‘The Dalek Extermination of Earth’ and minifigures of the 12th Doctor, K-9 and the TARDIS. You’ll travel the depths of time and space to save the world once more, using every skill at your disposal. You’re the Doctor and you save people!

The LEGO Ninjago team pack will include Kai and Cole minifigures, letting you use your golden ninja weapons and Spinjitzu skills to destroy any enemy that stands in your way. You’ll be able to rebuild Cole’s Builder Bomber into a Boulder Blaster and Cyclone Jet and Kai’s Blade Bike into a Flying a Fire Bike and Blades of Fire vehicle.

There are also two The Simpsons fun packs coming out. In the Bart Simpson fun pack, you get a Bart minifigure with access to Bart’s Target and Mini Access abilities, along with an awesome Gravity Sprinter that rebuilds into a Street Shredder and Sky Clobberer for extra in-game powers. The Krusty the Clown fun pack will include a Krusty minifigure. You’ll also be given the chance to use his special Growth and Hazard Cleaner abilities and drive his Clown Bike that can be rebuilt into a Cannon Bike and Anti-Gravity Rocket Bike.

Finally, the Unikitty minifure from The Lego Movie can also be purchased as part of The Lego Movie fun pack. Her special Rainbow LEGO, Master Build, and Big Transform abilities are on hand to help you solve puzzles and destroy enemies. Unikitty will also have her Cloud Cukoo Car to drive around in, which can be rebuilt into the X-Stream Soaker and Rainbow Cannon.

The ‘Hire-a-hero’ mode is also available, allowing you to unlock other characters from wave 1 by spending studs. This means you can try any of the previously released characters before you buy.

LEGO Dimensions is available on Xbox 360, Xbox One, PlayStation 3, PlayStation 4 and Wii U now. These new expansion packs are released in the UK on November 6.

Video games are cool. Don't let anybody tell you any different.
MORE LIKE THIS
Doctor WhoLEGO DimensionsNinjagoplaystation