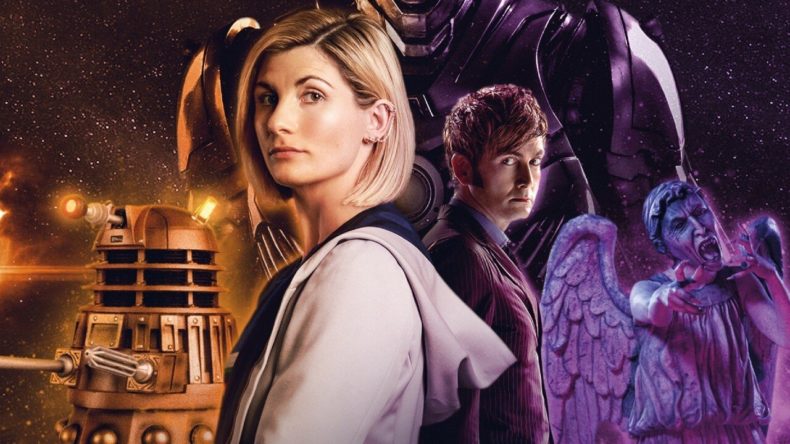 It’s been two years since Doctor Who: The Edge of Time came out. It wasn’t a particularly enjoyable game, but it did provide plenty of fan service to Whovians the world over. One of the biggest issues was movement. Being a VR title, it lacked proper control, especially when the Doctor often has to run away from alien threats and evil sentient technology in the show. Released on consoles with additional content, Doctor Who: The Edge of Reality expands the original game. While some of the problems still persist, Maze theory has done a better job of making it more enjoyable. It’s just a shame the Switch version falters in the visual department. 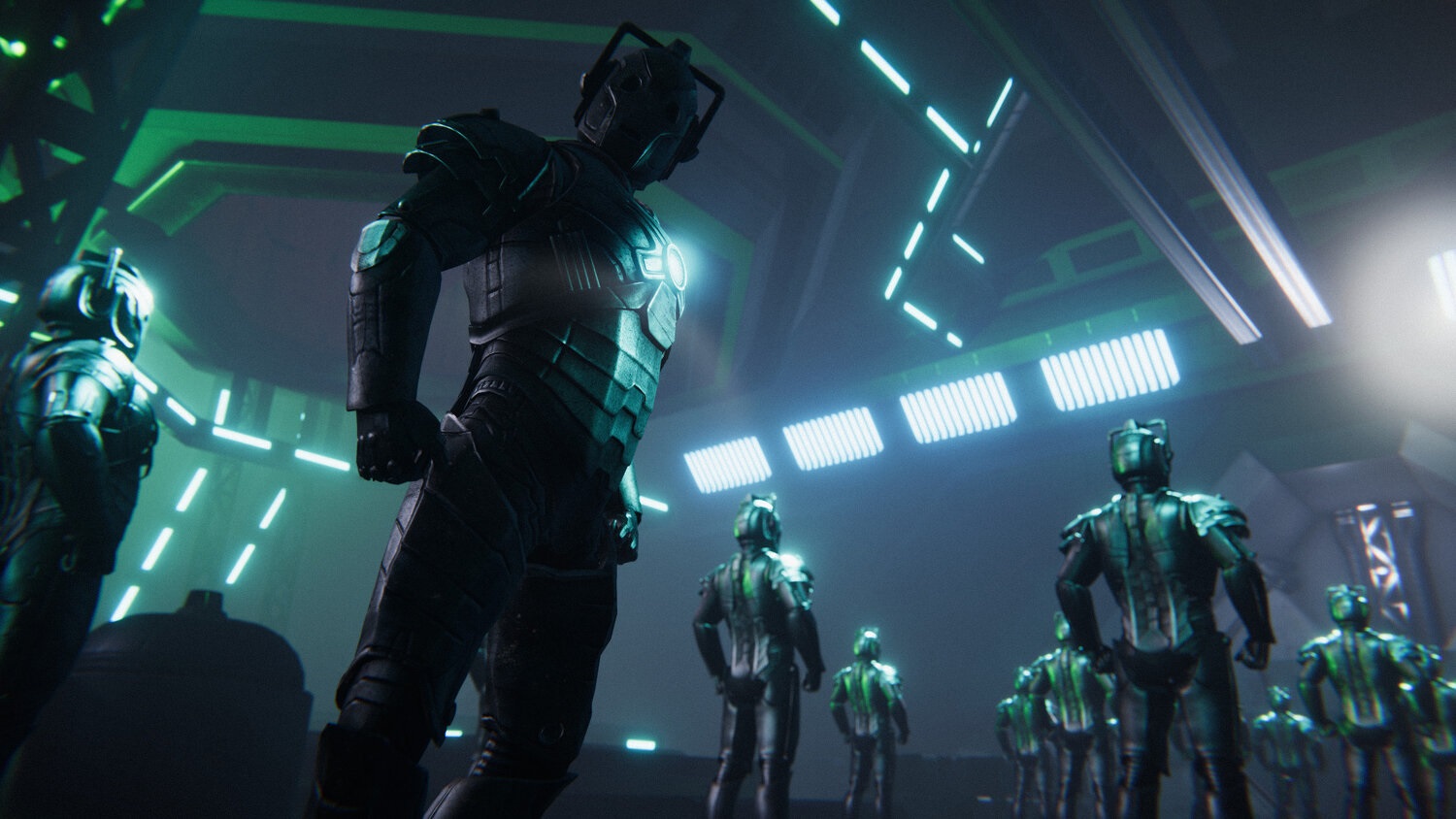 Doctor Who: The Edge of Reality: Definite improvements

Doctor Who: The Edge of Reality sees you playing an unknown protagonist on a mission among the cosmos to save reality. Yep, your typical end of the world stuff. Along with the aid of Jodie Whittaker’s thirteenth doctor, you complete various puzzles and explore locations across the galaxy to retrieve three time crystals. What fans will love is the way the developers have delved into the pantheon of the Doctor’s enemies and incorporated them into the story. The terrifying Weeping Angels are here, as are the Daleks and the Cybermen. Not only do you get to see familiar foes, there’re some new ones that fit in nicely with the lore of the universe.

It’s not the most gripping of story. However, it’s adds more content that keeps the story going from the previous abrupt ending. In Doctor Who: The Edge of Reality, you end up back at the laundrettes, but instead of being aided by the thirteenth Doctor, David Tennant makes his triumphant return. It’s not his best performance, but it’s never going to be. The tenth Doctor was always at his best on screen. His energy, determination, and colossal presence was never going to transfer quite as well as in the TV show. Still, it’s good to here his voice again. Having two Doctors instead of one is great, especially when they’re two of the best. 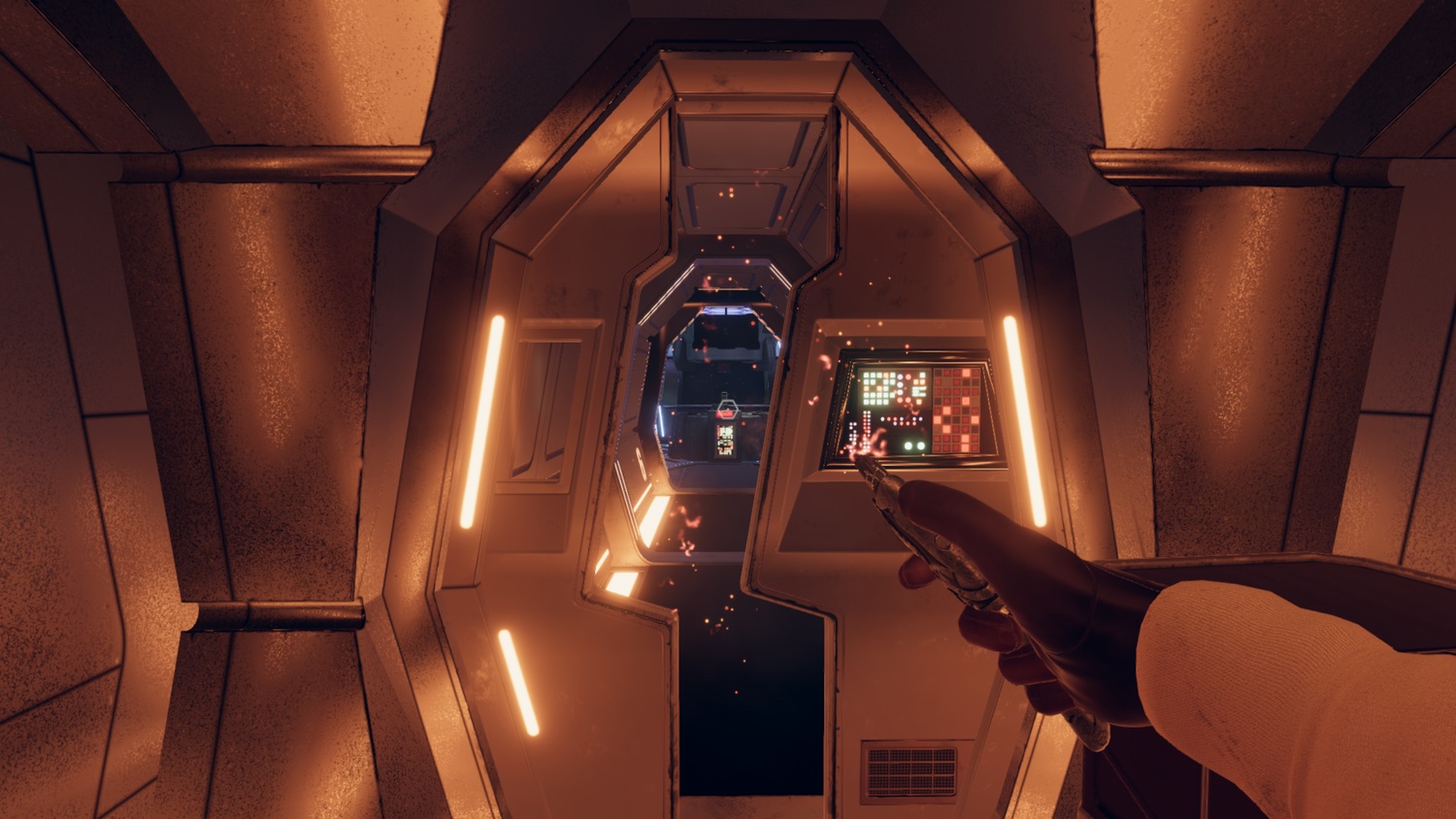 Two are better than one

As mentioned, movement was such a pain in the Doctor Who: The Edge of Time. While you have much more freedom on Switch, it is still slow to get around. Unlike in VR, you can explore more freely and don’t feel as constricted. It’s just a shame you’re moving at a slower pace. The puzzles within the first few hours are still minorly frustrating. Thankfully, the newer content feels a bit quicker and exciting. It’s a plus we finally get to see the two Doctors as well, but with the weak visuals on Switch, they don’t look that realistic. There were a fair few moments where it felt slowed down as if unable to keep up with the action.

I guess it all boils down to whether you’re a fan of Doctor Who or not. I can’t see anyone who has never watched Doctor Who playing it. While it encapsulates the universe well, it’s gameplay elements aren’t that advanced. If you are a fan of the world of the Doctor, then you’ll get some enjoyment out of it. It’s nicely designed in many of the environments, and the nods to the material’s legacy will put a smile on many faces. I would say that if you do intend to get it, maybe choose another platform.

Doctor Who: The Edge of Reality is an improvement on the original release, but it suffers from weak visuals on the Switch.