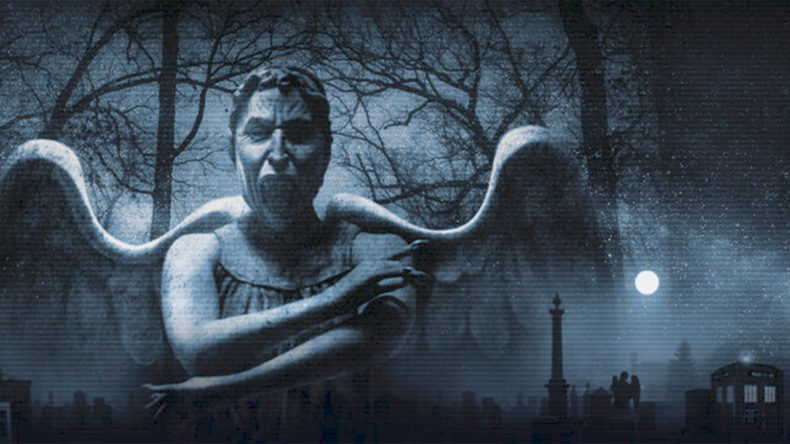 Even now, those words are enough to terrify Doctor Who fans the world over. In 2007, ‘Blink‘ became one of the most notorious episodes to feature the Doctor ever since its reboot in 2005. It introduced the Weeping Angels as a new enemy, one that could touch any individual and send them back in time. These monsters took the form of angels, a powerful species that needed time energy to survive. If you looked at them, they wouldn’t be able to move, but the moment you turned you’re back on them or blinked, they would zap you into the past and feed on the energy from the life you would’ve lived.

Since Sally Sparrow and Lawrence Nightingale were able to trap them in a state of suspended animation in the basement of Wester Drumlins in London, they’ve featured heavily in various episodes, literature, and other media. However, their debut cemented just how horrifying they are, and the fact that Kaigan Games has created a ‘found phone’ game set in the same timeline as ‘Blink’ made me more than happy to give it a go. I adore Doctor Who, and that episode is one of my all-time favourites. Doctor Who: The Lonely Assassins is a lot of fun. It manages to build on the excellent work Kaigan Games did with Sara is Missing and Simulacra but utilise the lore and characters from one of Britain’s much-loved TV shows. 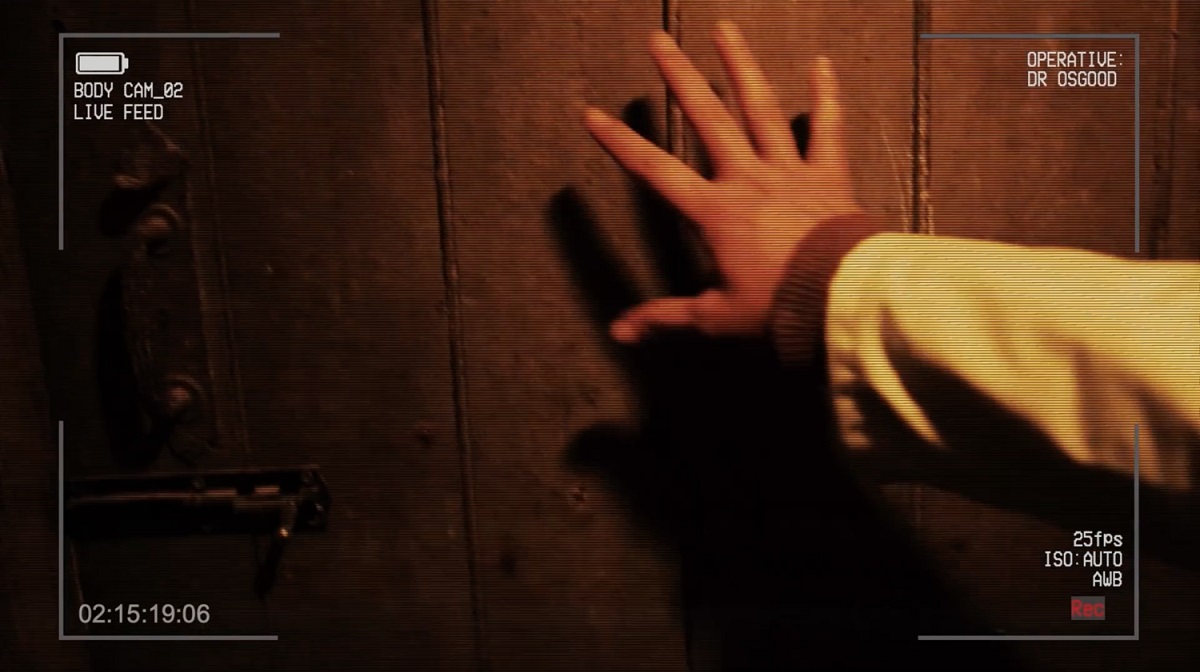 Taking place in 2021, you find the phone of Lawrence from the famous episode. He’s gone missing, and with the help of popular UNIT operative Petronella Osgood, you must work out what’s happened to him. What unravels is a mystery that taps into the history of the characters of Larry and his new wife, Natasha. as well as Wester Drumlins, Sally Sparrow, and that fateful episode. There’re tons of nods to the series, whether that be a reference to Blink, Petronella, or to the Doctor himself. Fans of the show will love it, but it’s also the gameplay that excels as you begin to uncover the whereabouts of Larry and his wife.

By looking through the phone’s gallery, emails, messages, and web browser, you’ll unlock clues that can be sent directly to Petronella. With every new discovery, she’ll provide you with some context to what is going on, and try to work out how this plays into Larry’s whereabouts. You are given dialogue choices with every response via the SMS service, and it helps you to create a friendship with the loveable scientist. Whenever you find a new clue, such as a picture or a piece of text, you scan it by simply pressing on the screen. Its easy interface makes searching for clues interesting as opposed to some drawn out, awkward system.

There are plenty of text conversations between Larry and Nat, Mr Flint (the new proprietor of Wester Drumlins), his friend Mo, and even Sally Sparrow herself. It was cool knowing what everyone is up to fourteen years after the episode, even if your character is none the wiser. There are various emails to read through, with smart interactive sections where you’ll need to use previous information to type in to progress, so its a good idea to have some paper and a pen handy. You’ll receive mysterious phone calls that will also require you to make notes of what you hear. There’s plenty to read, and sifting through the information will not only provide clues, but also help with fleshing out the interesting story. 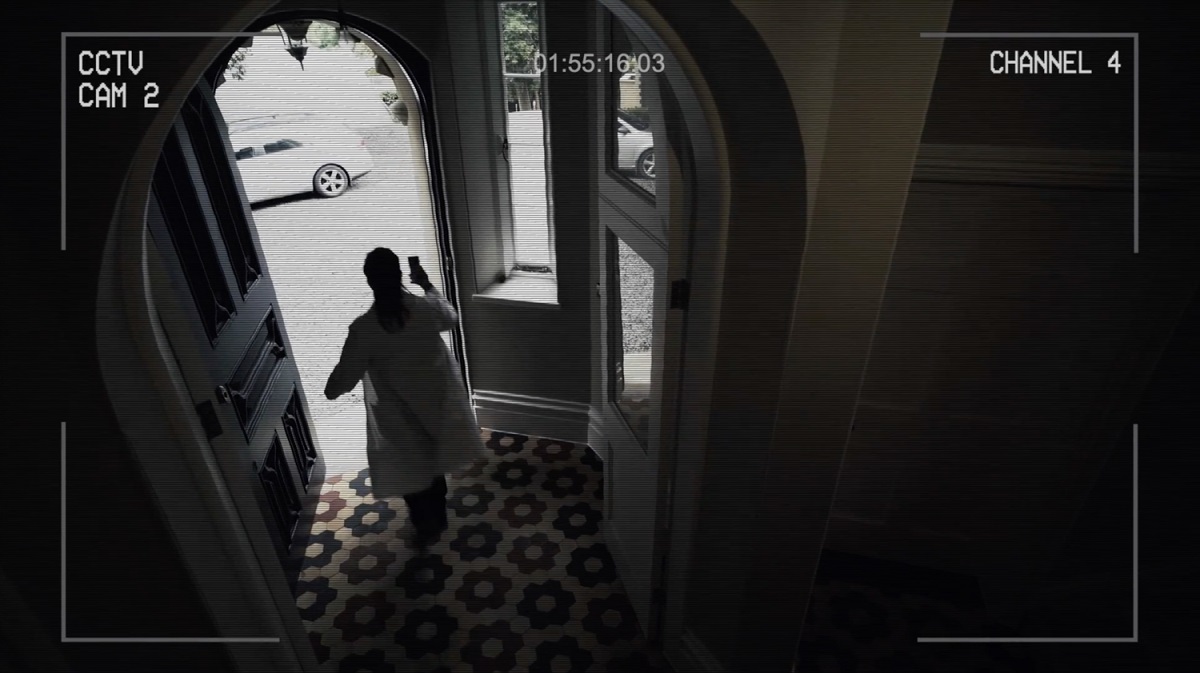 As you find more clues, new ideas and content will start to pop up, such as audio files, videos, and even face-to-face video calls. Live camera feeds can be watched in the later stages, providing tons of different ways to make use of the ‘found phone’ formula. I was constantly engrossed by what was going on, but that was probably down to the fact I know a fair bit about the Weeping Angels. If you’re not a Doctor Who fan, it probably won’t be as enjoyable, but the gameplay is excellent. It might be a great place to start your Whovian journey if you haven’t done so already, but I’d suggest watching Blink before you dive in.

Doctor Who: The Lonely Assassins is an enjoyable return to the Weeping Angels’ origins, featuring some great ideas to keep the genre feel fresh. It was great to see Finlay Robinson return as Larry, and Ingrid Oliver is fantastic once again as Petronella, but new characters like Nat, Ayesha, and Mr Flint also did a great job of keeping me engaged until the very end. There haven’t been a lot of great Doctor Who games, but I’m hoping The Lonely Assassins is the first of many to follow, starting with the upcoming game, Doctor Who: The Edge of Reality.

Hard to recommend for those who don't watch Doctor Who

Doctor Who: The Lonely Assassins is a fantastic game, providing tons of cool nods to the series, some great gameplay, and an engrossing story.