previous
Doctor Who: The Lonely Assassins review
random
next
Story of Seasons: Pioneers of Olive Town review
1 like 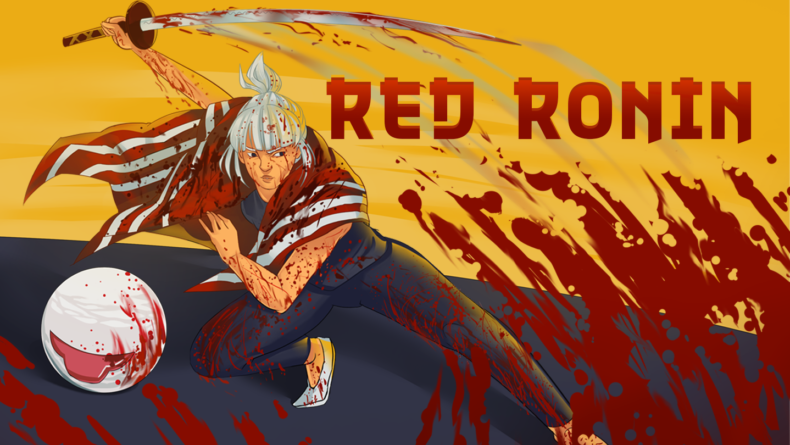 The first two games that popped into my mind when I started Red Ronin were Hotline: Miami and Katana Zero, two little ultra-violent indies that share a lot of DNA with Wired Dreams’ turn-based puzzle game.

In it, you play Red, a double-crossed samurai in a near-future world out for vengeance. The story begins with Red plummeting from a building, seemingly to their death. It then cuts back and forth through the recent past as Red embarks on a quest to nail their former associates and employers. I can’t admit to being too invested in what was going on, if I’m honest. The story lost my interest pretty quickly, completely overshadowed by the awesome gameplay. 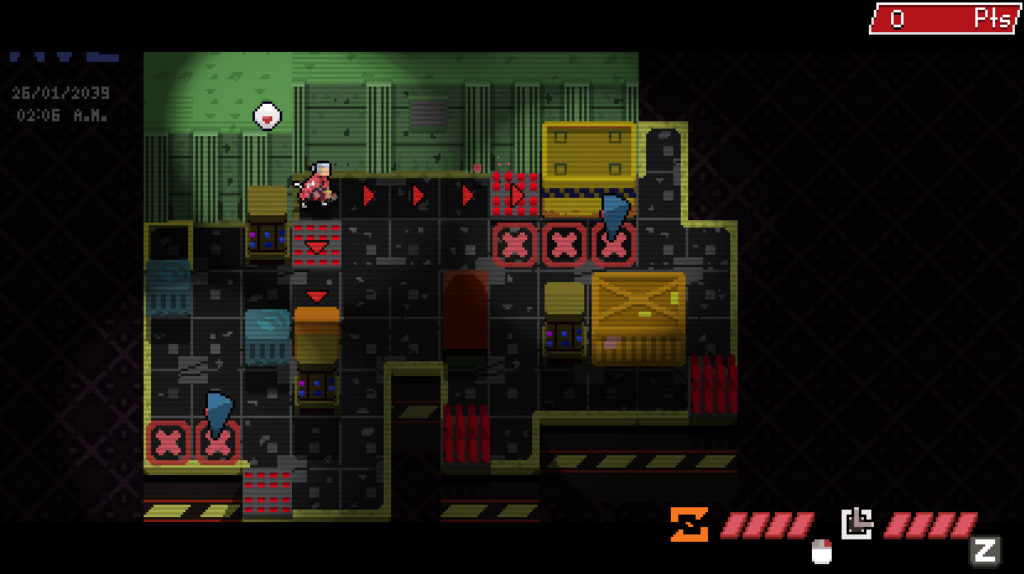 It’s presented as a top-down grid-based puzzle game. Red can move through each of the rooms in straight lines, from wall to wall, only stopped by obstacles like furniture. If you pass through enemies on such a journey, Red will slice them to bloody bits with a satisfyingly gross shick-sching, leaving naught but gooey body-parts in their wake. However, if you stop in the vicinity of an enemy, or stumble into a security drone or its field of vision, you’ll die instantly and return to the start of the room.

At first, it’s pretty simple (and ridiculously satisfying) to slide about the tiny environments, but the difficulty begins to ramp up very quickly, throwing different enemy types, awkward room compositions, and spike traps at you. At this point you’ll receive power-ups that allow you to either freeze the enemies for one move, or place markers on the floor that change Red’s direction on the fly. This is where the game becomes much more complex, and resoundingly addictive. 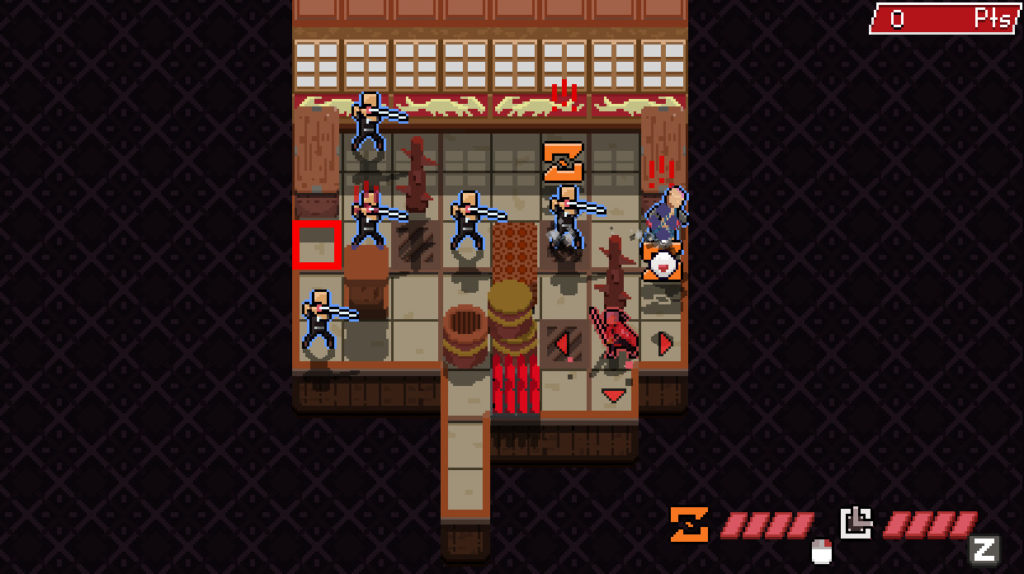 The thing is, though, is that it’s a little bit one-trick in terms of the mechanics. It doesn’t really mix it up, and because the story isn’t particularly compelling Red Ronin never quite reaches the level of disturbing compulsiveness seen in Hotline: Miami. The gameplay isn’t quite as fiendishly moreish as Katana Zero’s, either, but what’s here is executed very well.

For people who like their puzzle games just a little bit different and like their pixel art to be filled with blocky severed limbs this is an absolute must. It feels slick and satisfying to play, and there’s a real buzz to be gleaned from solving every room – just don’t go in expecting the story to blow you away.

A little one-note
Quite short

For people who like their puzzles just a little bit different and their pixel art filled with severed limbs Red Ronin is an absolute must.