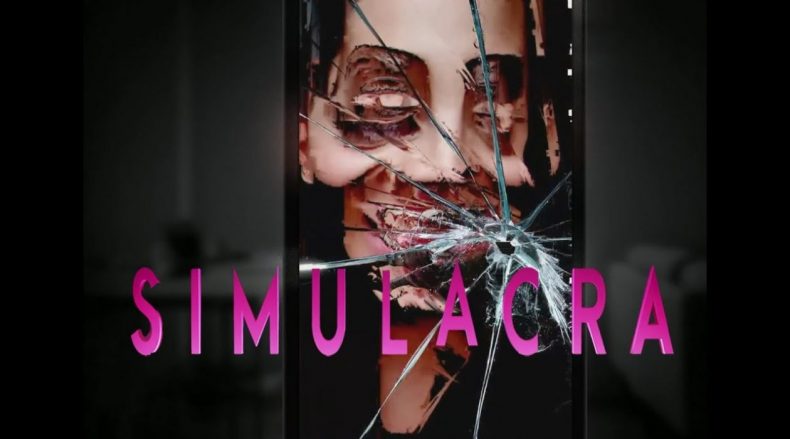 Of all the things to misplace in our lives, I think most of us would fear losing our mobile phone the most. They’re a crutch for most of our daily interactions, providers of entertainment and our access to the world at large. I’d certainly be lost without mine, even for just a day or two. But what we often forget is what our phones reveal about us. How much information could a stranger glean from having unlimited access to your phone? What could they find out, and would you be comfortable with your privacy being invaded? Some scary thoughts, and that’s a good place to start with Simulacra, the latest horror FMV title from Kaigan Games.

Your role is an investigative good Samaritan who has found a girl’s phone. Her name is Anna. You quickly realise she is missing, and as the holder of her phone, your access to her messages, email and social media platforms might prove invaluable. You’ll need to piece together what has happened to Anna before it’s too late. Along the way you’ll interact with various characters and solve puzzles to move one step closer to finding her. If that sounds invasive, it’s because that’s the intention. This is not just a horror game, but a story that delves into aspects of privacy and secrecy. And as we all have phones, that makes it just that little more personal than other horror experiences. True, the missing person trope is a little cliche, and there’s a large dose of drama added in too. However, that drama isn’t misplaced, as right off the bat the tension feels real. Interacting with Anna’s friends and family reveals an instant concern that raises the stakes. Most of the communication is done via text messages on various social platforms. But, there are also one-way phone conversations where the tone and pace of voices on the other end of the line increase the anxiety levels.

This is ultimately a game about decisions and, yes, you’ve guessed it, your choices lead to different outcomes. But this isn’t like other stories where the end of the tale is a mystery unraveled over time. Here the desired outcome is clear; above all Anna needs to be found. That single-minded message forces you to consider your options from the very beginning. Do you reveal the truth to everyone you meet, or are some people better off thinking Anna is perfectly fine? If you’re anything like me, your logical, maybe well-intended decisions don’t always yield the desired result. With Simulacra being a little over three hours long, there’s scope to retry for different endings.

“But how is this a horror game?” I hear you ask. You’re not the person that is missing, so what’s so disturbing about piecing together a disappearance? You begin to notice after only a few minutes that Anna’s phone isn’t working 100% properly. Surprise glitches accompanied with loud screeches provide jumpscares that exaggerate the tension level. And as you uncover more of the story, there’s an unnerving realisation that you’re not as in control of information as you first thought. However, jumpscares alone do not make a good horror game. Thankfully Simulacra has another trick up its sleeve which I found far more effective in the horror stakes. You’re asked at the start to wear headphones, a common request for horror titles these days. But aside from sending those loud screeches roaring down your eardrums for maximum effect, there’s something much more subtle at play here.

At first, you won’t notice it. You’ll be scrolling through some social media posts or texting one of Anna’s friends and you’ll stop and you won’t know why. Shrugging it off you’ll persevere until it happens again – a faint sigh in one of your ears. There’s no warning or context for it, and if anything that makes it more uncomfortable. I won’t spoil the other things it does, except to say that at least once I thought my wife was purposefully trying to freak me out. Pausing the game, I marched into the lounge and confronted her, to bemused looks. Well done, Simulacra, you win this round.

Simulacra doesn’t get everything right though. I forgave the spelling mistakes and grammatical errors, and put them down to text message realism. But the thing that jars is the voice acting. This either comes up when characters call you for a conversation where you don’t speak, or when you play back audio messages people have sent Anna before she went missing. Whichever type you’re listening to, they always feel really awkward and scripted. They kill the immersion you’ve built up by reading messages and formulating characters in your head. On top of that, the audio often feels unnecessary. The amount of phone calls where people are happy to talk at you and hang up is frankly ridiculous. They are clearly there just to offer a shock courtesy of the phone making a loud screech before the name of the caller appears on the screen. Also, the audio messages appear randomly in the middle of text conversations with no rhyme or reason. There’s often no explanation why that line of dialogue was chosen to be recorded rather than being typed out. Thankfully the recorded videos are much better. Anna herself feels much more natural in front of the camera in her personal vlogs. Her dialogue flows fairly well amongst the mediocrity of the rest of the cast.

And whilst I won’t spoil anything here, how Simulacra ends its story is interesting. It leaves you wanting more, which is both a good and bad thing. It prompts replayability, something which is easy to do due to the short playthrough time. There’s even a useful NG+ mode where gameplay is quicker for story veterans. It’s clear that the ending is teeing up the sequel due out later this month, where more is revealed about the larger things at play in the story. All this is great, but in isolation, you can’t help but feel that Simulacra as a narrative entity on its own, doesn’t quite hit the mark. The ending feels a little anticlimactic despite cleverly raising the stakes throughout.

Moving Simulacra to consoles was always an interesting decision. There’s no doubt that playing a found phone game on an actual phone is the most immersive platform to experience this on. However, the Switch version at least offers some functionality above its Xbox One and PS4 counterparts. The touchscreen in handheld mode takes you one step closer to phone functionality. However, I feel they missed a trick by not allowing you to play in portrait mode like you could in Downwell. True holding the Switch this way isn’t 100% natural, but it feels like a quick win to elevate it above other platforms. Overall Simulacra is a decent horror title, often at its unnerving best when it delivers subtlety over jumpscares. The found phone format is instantly familiar, and you get a sense of tension and urgency to find Anna right from the start, which sets the scene perfectly. Decisions you make along the way can significantly change the end result, which allows for different tactics on future runs. The mix of investigation and decisions gives a sense of control, rather than just plodding through a pre-defined narrative. The voice acting is a bit of a misstep, with often more characterisation coming from the simple text message conversations than anything else. But it’s the wider messages here around personality, honesty and data privacy that leave a lasting impression. You don’t often get such self-reflection off the back of a horror game.

Do you know where your phone is right now? Maybe go and check, it’d be awful if you lost it. Who knows who might pick it up, and what they might find…

Simulacra is a solid horror game with some good ideas. If you can overlook the voice acting, there's a fun, unnerving experience to be had.

Choo Choo Charles out on PC in December, and coming to consoles next year