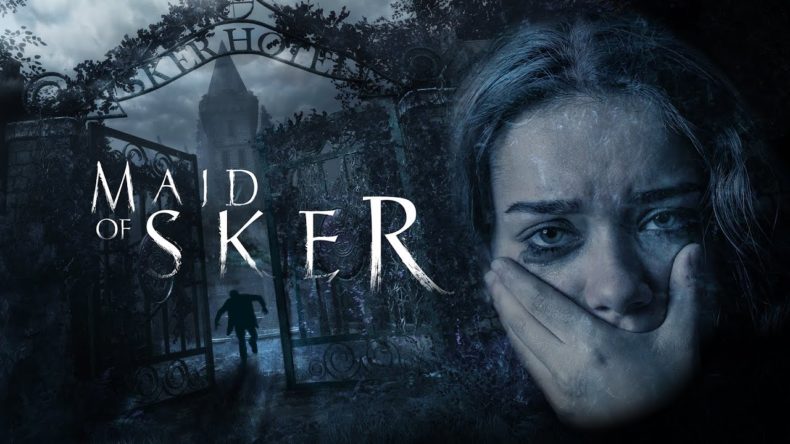 Wales Interactive have dived headfirst into Welsh folklore for their latest first-person horror, Maid of Sker. It takes inspiration from the story of Elizabeth Williams whose dad locked her up to prevent her from running off with her lover. The legend goes that she died from a broken heart and now haunts Sker House. The house is also reported to be haunted by the captain of a ship that wrecked on nearby Sker Point.

As horrors go, I’d say that Maid of Sker is relatively middling and this has a lot to do with it not being that scary at all. The game creates more frustration than horror. There are some things it does well though, so it’s not a bad game by any means and it runs fine with no game breaking bugs or issues.

The horror feel itself was lacking for me though. I didn’t feel like there was any sort of psychological build up in any way and relied it solely on a few jump scares. Even then it was quite obvious when these jump scares were about to happen, save maybe one that did get me. 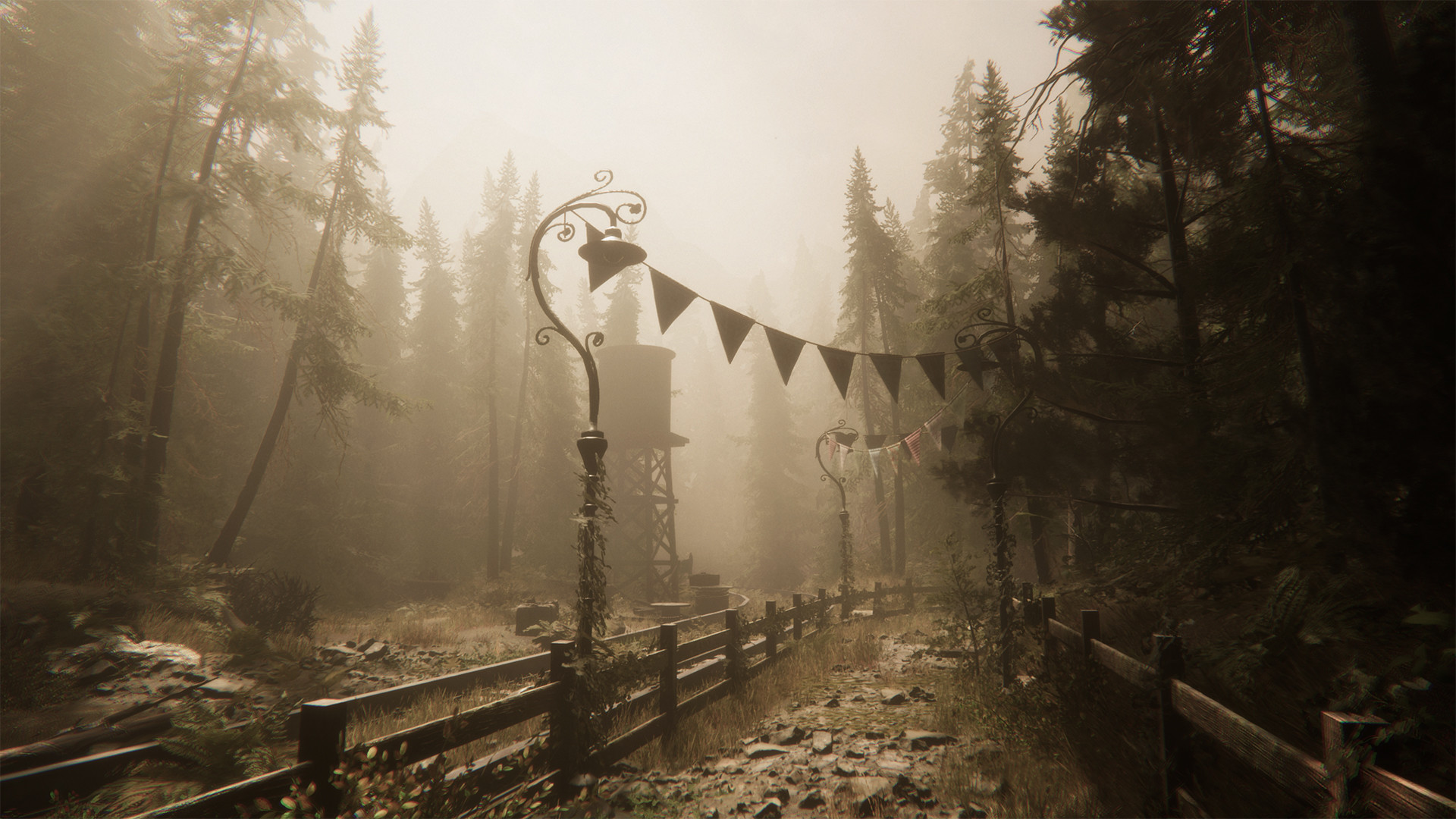 There was some sound direction to make the hotel creepy and get the spine tingling, like a creaky floorboard or some soft creepy music playing. However, when these effects happen every few minutes like clockwork they fade into the background pretty quickly. The atmosphere just wasn’t there, unfortunately.

It’s a shame, too, as the use of sound in Maid of Sker is extremely well done. There is one puzzle where you are in a pitch black area with only sound to rely upon. By looking left or right the sound will shift until you can pinpoint the way to go. The same for the footsteps for some of the monsters you will come across. The volume of the steps and direction gives you a good idea whether it’s safe to go to the next area and makes it a little easier to navigate where you want to go.

The puzzles I did have an issue with, due to how dragged out they were. There are a few which require you to find electrical switches in order to open a locked door. The amount of locks on the door will determine how many switches you need to find, and herein lies my problem. I found both switches I needed to unlock a door, however, to unlock it I had to flip a switch, go to the door, press the button to unlock one lock, then head back to the other switch and repeat. 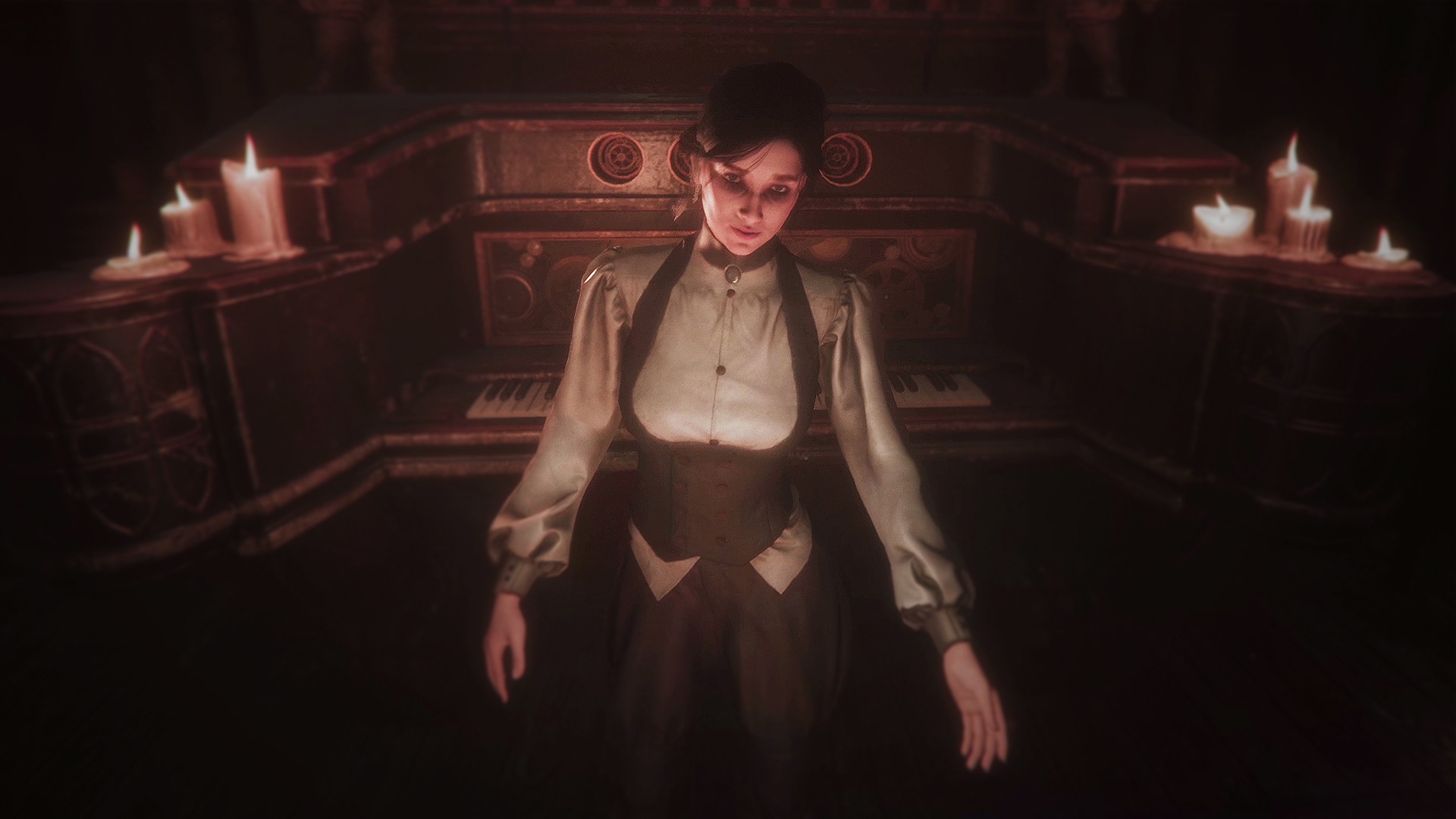 I could not flip both switches to save me time as when you flip one switch the others will become locked until you press the button on the door. Add that to trying to avoid the monsters that move at a glacial pace, just like your character because if you run or walk you make too much noise and will alert them. What should have been a 2 minute puzzle became a 10 minute chore.

It’s an unnecessary way to make a game longer and this is where the frustration comes in. When you’re going back and forth between doors and switches any feeling of horror you might have had while being surrounded by faceless things disappears as you just want it to finish so you’re in the next area. I understand that it’s meant to maybe build tension as you don’t know when or where a monster will appear, but it’s not executed very well.

It’s not all bad news as the story itself is interesting. You’re on your way to Sker Hotel to save your partner Elizabeth as she’s been locked in the hotel by her dad and it’s up to you to save her. The hotel and surrounding areas fit the look and feel of a horror. The hotel is rundown, drab and macabre looking with random blood smears across the floor as if someone has been dragged away. The surrounding areas are overgrown and grim. It’s definitely the kind of place you’d expect to see in some found footage documentary of a group who decided to chance their luck and have a nosey around at night. 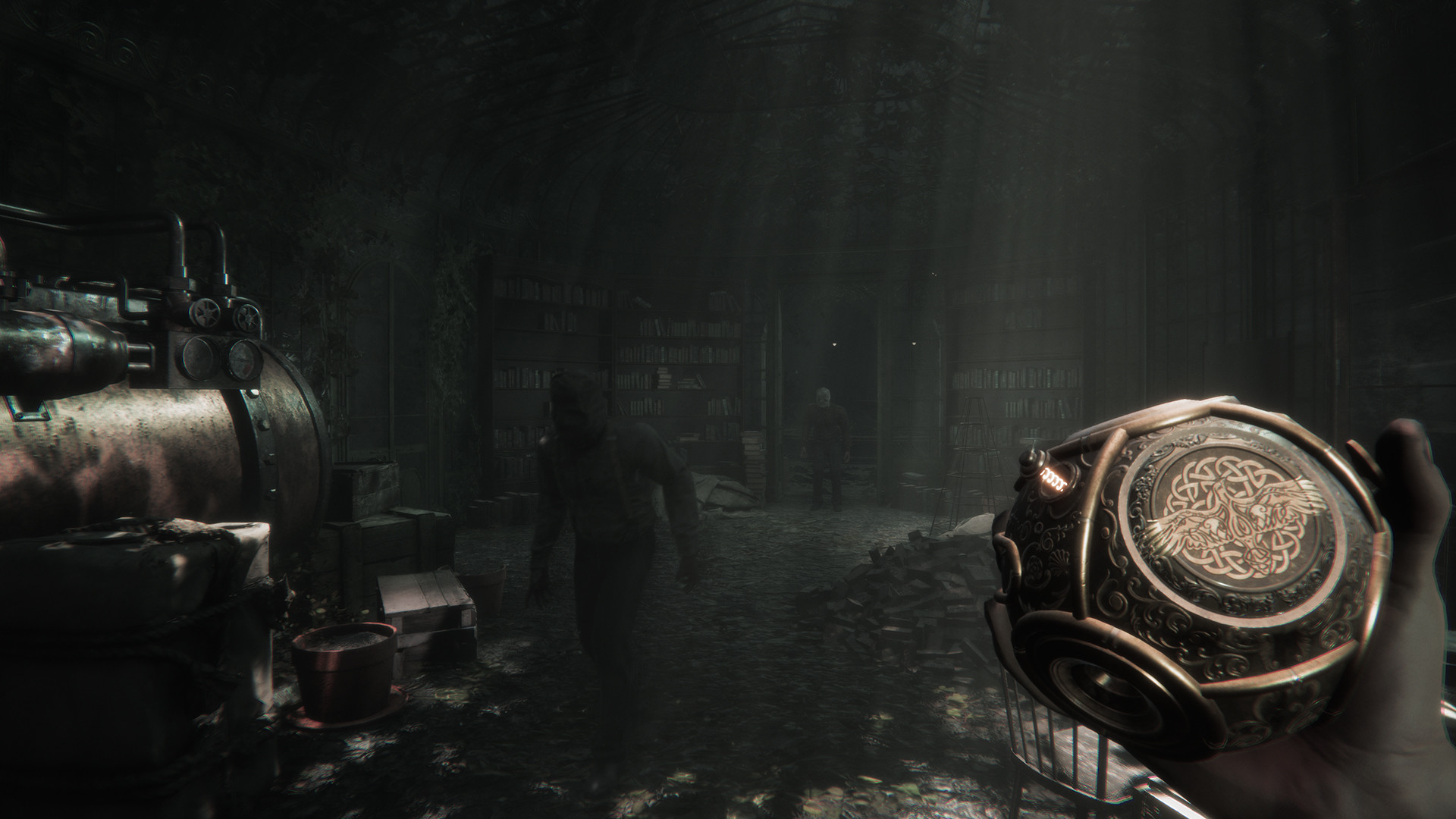 Maid of Sker is a relatively short game that took me just under 5 hours to finish. Although this could be finished in a shorter time if you can avoid the wandering monsters better than I did. There’s an interesting mechanic of holding your breath in Maid of Sker as the monsters you encounter rely on sound to find you and their hearing is pretty sharp. Anything and everything you do will likely attract them towards you. Everything from breathing, footsteps, bumping into things, walking on creaking floorboards and coughing will alert them.

You can’t rely on holding your breath for long though, as the longer you hold it the faster the screen will go dark and force you to let out a massive breath. You’ll also need it to make your way past bonfires, as you choke on the smoke, purple mist that can damage you and dust clouds. It’s weird to think about breathing as part of the survival aspect of a game, but it’s utilised well.

All in all then, Maid of Sker isn’t a bad game, but it doesn’t really bring anything new to the first-person horror survival genre. It’s worth giving a go if you have a spare few hours and enjoy interesting stories with some twists and turns. Just be ready for a lot of waiting around and some heavy backtracking to finish off those puzzles.

Maid of Sker has an interesting story based on the House of Sker folklore. The use of binaural sounds is extremely well done but is let down by its reliance on jump scares and repetitive sound effects. The holding your breath mechanic does help and adds an extra layer to the survival aspect.