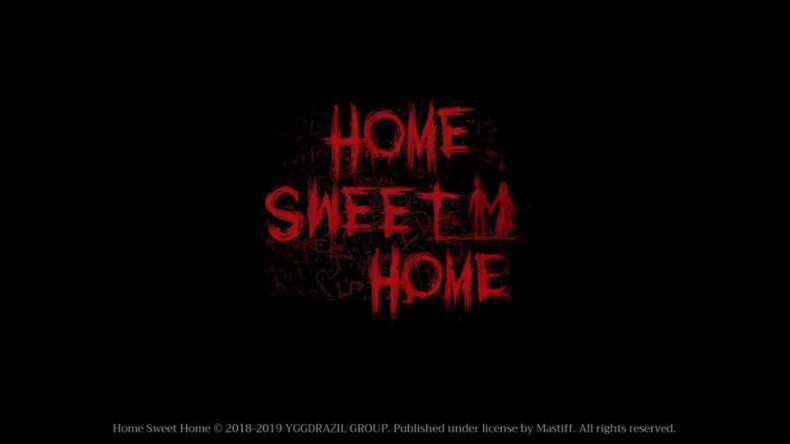 There’s no shortage of horror games in the world, but devs Yggdrazil Group have added a mix of Thai folklore stories to their game Home Sweet Home to create a unique spin on the first person horror genre. A unique spin to the story at least.

Like most first person horrors, you’re tossed into an unknown place and left to your own devices while you try to piece together the how, why and where of your current predicament and carry out the what to escape the nightmarish place and bring your story to a close.

Whilst you’re figuring all this out you’ll be treated to some of the creepiest things that Thai folklore has to offer. To incorporate the possibly unknown aspects of the folklore is something that’s handled well. Whenever a new ghost is discovered you’ll likely find a leaflet(s) that give you background into what the ghost is, what they’re called and how to deal with them. For me this was an appreciated addition as I don’t know much about the folklore and it helped me gain a bit more understanding of the things I was seeing. Home Sweet Home handles just like you would expect a first person horror to handle. The story and setting are interesting but there’s nothing that really sets it apart from other games in the same genre. While Yggdrazil Group have tried to incorporate extra controller buttons it just felt awkward and a little clunky – and that’s when they worked.

For example there are lockers you can hide in when being chased by a ghost and it later sections the grates are  just leading to you have to hole a trigger button and pull down on the right analogue stick. Sometimes this wouldn’t work as intended as the same button setup is used to peer round corners meaning I was making Tim look like a Jack in the box while the ghost bears down on me.

Unfortunately this wasn’t the only problem Home Sweet Home has. I had a couple of other issues, one not too important and one pretty much up there that made things unnecessarily difficult. My first not too important issue was involving collectables. At some points I would find diary pages, newspapers or whatever only to come across some oddly specific bug which would stop me from picking them up. This only happened with collectables luckily, but it’s something to keep in mind if you’re looking to 100% Home Sweet Home.

My last issue was with ghosts that act as “spotters”, for lack of a better term. They have a red beam emitting from their faces that they use to “see”, and if they spot you they scream to alert the ghost to catch you and kill you. That’s fine. The problem is that these brands did not appear on screen which meant I couldn’t see which direction they were facing. I only know this to be an issue thanks to a similar situation earlier in the game but I could see the red light. It stopped appearing in the latter half and no amount of reloading would fix it.

Apart from those issues Home Sweet Home isn’t a bad game, even if it doesn’t bring anything new to the genre. What Yggdrazil Group do well is with the horror they bring to the table. Home Sweet Home is one of the better psychological horrors I’ve played in a while as they rely more on actual scares than they do with the usual horror trope of adding as much blood as possible. There are also plenty of opportunities to take your time and have a look around certain areas, when you aren’t surrounded by various ghosts, but I was kept on edge the whole time thanks to how well the music, ghosts and random sound effects were brought together.

The puzzles of Home Sweet Home aren’t too difficult but still require a little bit of thinking. While I like a good puzzle game I appreciate when a horror doesn’t lean to heavily on the puzzles as I feel that if they’re too difficult it can take something away from the horror and just leave you feeling frustrated. Home Sweet Home has found a good balance with both. The game isn’t too long either, taking me about two and a bit hours to complete with me finding roughly 50% of the collectables. The completionists amongst you might take around the three/three and a half hour mark. For this kind of game the length suits it perfectly as anything longer could potentially feel too drawn out to the point that the horror aspect will stop having much of an effect and have more of a “been there, done that” feeling.

Home Sweet Home is a decent horror game, and if you’re looking for something a little different story-wise you should definitely consider it.

While Home Sweet Home doesn't bring anything new to the table for first person horror puzzlers, it does stand out with the inclusion of Thai horror folklore which is truly terrifying. It's let down with a couple of bugs but it's not a bad way to spend a few hours.