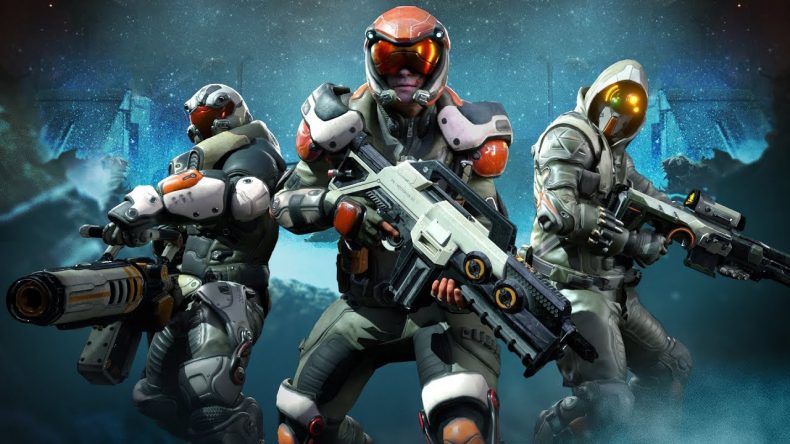 Bulgarian outfit Snapshot Games was founded in 2013 by Julian Gollop and David Kaye. While the name Gollop might not be instantly familiar, his creations certainly will be. UFO: Enemy Unknown spawned a genre of its own, to be succeeded by the XCOM series some time later. It comes as no surprise then, that Snapshot’s first big release is a spiritual successor to XCOM: Enemy Within and XCOM 2.

Initially crowdfunded by an army of backers, Phoenix Point is a tactical turn-based squad shooter that has so much in common with Firaxis’ games that if it had shipped as XCOM 3, no one would have noticed – and yet, there are new ideas and enough of an evolution here that it remains worthy of its own merit.

In this grim future humanity has been decimated by the prehistoric Pandoravirus, a global epidemic that mutates human and animal alike into grotesque, Lovecraftian abominations that pour from an infected sea. The Phoenix Project, a coalition of scientists, soldiers, philanthropists and philosophers, is Earth’s last hope. Striking out from the titular Phoenix Point, the Project uses guerllia tactics and scavenged technology to fight back against the cloud of red mist that slowly covers the world with more and more Pandorans. One of the biggest differences to XCOM is the 4X element. Three other factions exist in the world: the Disciples of Anu, who use the Pandoravirus to deliberately mutate themselves; Synedrion, a highly advanced faction intent on creating a new human civilization, and New Jericho, a militaristic dictatorship ruled by a former billionaire. They each have their own goals, their own alliances, and they shift and flow like a changing sea. With resources unsurprisingly scarce, all three will inevitably turn to the Project for something. How you deal with each of them will directly affect your relationships with the other two. They’ll look to you for protection, trade, research, and occasional political favours. It’s much more involved than just having some anonymous committee overseeing your every move. Often you’ll find yourself backed into a corner by one of them, and forced to make a difficult decision there and then which can have dire consequences down the line.

Research factors in a lot, too. As you face off against Pandorans you’ll acquire new mysteries to research; as you fly from site to site investigating anomalies you’ll uncover forgotten secrets, lost technology, and abandoned ideologies, all of which you can spend time and resources developing into weapons and tactics to further your cause. The stronger your alliances with the other factions, the more of their research and resources will become available to you, too. Your base, initially at Phoenix Point, serves as your barracks, hangar, lab and workshop. There you’ll manufacture gear, train your soldiers and work tirelessly to come up with new ways to survive. Like in XCOM you can customise, name and nickname every soldier under you, forming bonds that make it all the more painful when one of them is cut down because of a mistake you made. And they will be cut down. Sooner or later you’ll start to lose soldiers you’ve invested in.

Combat is turn-based, and if you played either of Firaxis’ games you’ll be instantly at home here. The similarities are stark and completely unflinching. Full and half-cover, a movement grid, action points that determine how far you can travel or how many times you can shoot… You have Assault, Heavy and Sniper class soldiers (to begin with), and you can equip them all with grenades, spray-on medkits and ammo packs. Sound familiar? That’s because it is. You can use words like “homage” and “spiritual successor” all you like, but the simple truth is that this is built on the bones of XCOM and XCOM 2, even down to some of the animations and sound effects. Again though, even in the combat, there’s a genuine evolution. The game has an AI Director of sorts, that works behind the scenes of every procedurally generated playthrough to modify the Pandorans in accordance with how you play. They will develop based on your common tactics, throwing up new mutations and whole new species to combat the overly successful General. For example, I favour advancing in tight formation, using cover and positioning to separate and punish the enemy. Before long, the AI picked up on this, and started throwing mind-controlling Pandorans into the mix that annihilated my carefully laid plans. Enemies develop powerful ballistic shields, or mutate into boss-like monstrosities that can spawn in other Pandorans or launch plasma from biological mortar cannons.

One of the biggest changes to established forumula is the addition of a “free aim” mode in combat. Chance to hit is, thankfully, a thing of the past. You won’t find yourself missing a 95% chance to hit from three feet away here. Instead, the only things that can impede your accuracy are terrain, distance, elevation and the state of your soldiers. Each bullet is tracked as a seperate entity, so if you fire a burst at an enemy, you’ll be presented with a circle within a circle which represents the possible spray. The further you are away, for example, the larger the projected area and the less likely your bullets will all find their mark. You can counter this, along with certain enemy shielding tactics, by using the free aim, which works almost like Fallout’s V. A. T. S system to target specific body parts like the head, or exposed limbs. In addition to more familiar strategies like Overwatch and cover destruction, it’s a handy trick, and unique to Phoenix Point. Be aware, though, that the enemy can also target body parts, and can render your soldiers dazed, unable to move as far, or even unable to lift their weapon with both hands.

All the time, you’ll be in the thrall of the Red Mist, a spreading crimson stain that creeps across the Geoscape, swallowing settlements (or Havens) and resources. Your job is to push back against the mist, liberating captured Havens and destroying Pandoran nests and lairs as you go. By scanning areas using satellite uplinks and exploring sites of interest, you’ll find resource caches, hidden bounties that boost your performance, people in need or even have extra bases. The more bases you have, the more transports you can build, meaning you can deploy larger and larger squads to the field. You’ll face human enemies as well as alien, and the difficulty escalates quickly.

Graphically, Phoenix Point is more functional than flashy. Environments, particularly rural areas, have a nice level of detail, and there’s a good variety to the enemies, but for the most part it it never really does anything that will make you gasp. Character animations are limited to the point that every soldier moves exactly the same, while I’d have liked to see more variety or customisation options in the armour. I will say though that the performance did occasionally struggle, and I saw noticeable drops in the frame rate now and then – and my CPU and Graphics card are well above the baseline to run this game on Ultra settings. It’s not unfair to say that Phoenix Point is essentially “XCOM Plus”. There are too many similarities to ignore, and yet every single idea that Snapshot can fully call their own adds much more depth and colour to the formula. The threat of an ever-evolving, ever-adapting enemy and the political manoeuvring to balance the whims and wants of the NPC factions combine into something that feels more involved and more personal than the games it emulates. Gollop’s presence is keenly felt in every facet, so much so that Phoenix Point feels almost like a statement, like an absent master returning to school his wayward pupils.

While Snapshot did themselves no favours making this an Epic Store exclusive, it would be a shame for people to miss out due to the platform it’s available on. Mild performance issues aren’t enough to put a dampener on proceedings, although the difficulty spikes might be. Only go into this if you’re prepared to swear and sweat as much as cheer. Die hard fans of XCOM will likely fall in love with Phoenix Point, a hard-as-nails challenge that offers procedurally-generated replayability and a suite of tactics to help you thrive on and off the battlefield. It’s sometimes frustrating, sure, and doesn’t always feel as atmospheric as XCOM, but there’s no denying that Phoenix Point brings something new and exciting to the table.

Die hard fans of XCOM will likely fall in love with Phoenix Point, a hard-as-nails challenge that offers procedurally-generated replayability and a suite of tactics to help you thrive on and off the battlefield.