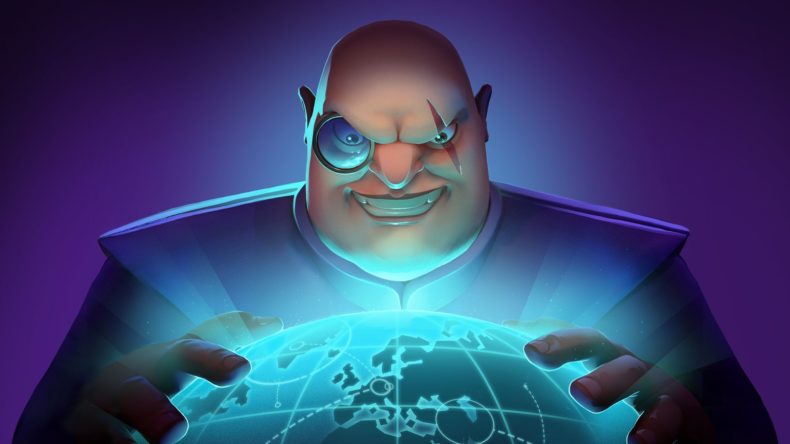 It can’t be easy to port a game like Evil Genius 2: World Domination from PC to console. While the hardware is arguably less powerful, that’s not really the issue. It’s more about how much can be accomplished with a mouse and keyboard versus a controller with, what, 10 buttons and a d-pad. Lair builders have a lot of dragging and dropping, and you’ll want to zip around the place fast – all of which are far easier with a mouse under-hand.

But it’s fair to say that Rebellion Developments have done a pretty smashing job with Evil Genius 2. It runs very well on PS5, and the control scheme for the DualSense 5 is intuitive, straightforward and uncluttered. Yes, it’s a bit slower and more cumbersome than on PC, but it works as well as could be expected.

Ostensibly, this is a game about being the bad guy. Although, as I said in my review of the PC version, you rarely feel all that evil. You’re more… dastardly, I suppose. You get to pick one of four geniuses, all of whom fall under a fairly generic archetype. So there’s the Dr. Evil-alike Maximillian, military madman Ivan (voiced by Brian Blessed), ice-queen Emma, and beehive hair-do’d Zalika. 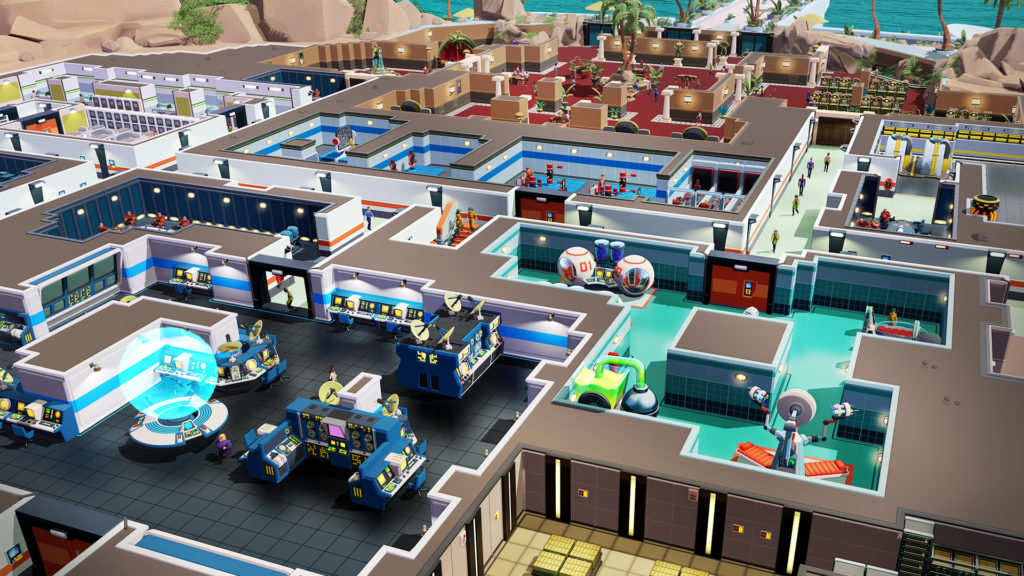 Who you pick doesn’t really matter. Nor, indeed, does your choice of which of the three island lairs you should inhabit. The game will play out just the same, with slightly different dialogue. Speaking of which, unless I’m mistaken they have replaced the voice-over of the main guard with a more straight-laced speaker, as opposed to the northern English accent he had before. But this could be my imagination.

Either way, you’ll first need to play an expansive tutorial which will teach you the basics of building a super-lair. From constructing gold vaults and your Inner Sanctum to installing a barracks, cafeteria, training room and relaxation room for your minions. Their well-being is paramount to your success, you see?

Well, I say “paramount”, but it rarely feels like it is. In fact, it’s more about balancing their needs with yours. If you want them to work faster, you need to provide basic amenities. You can execute the slow ones on the spot if you choose to, but it really has little overall effect on the others. Unfortunately Evil Genius 2: World Domination isn’t sophisticated enough for that, and the minion AI is pretty awful. 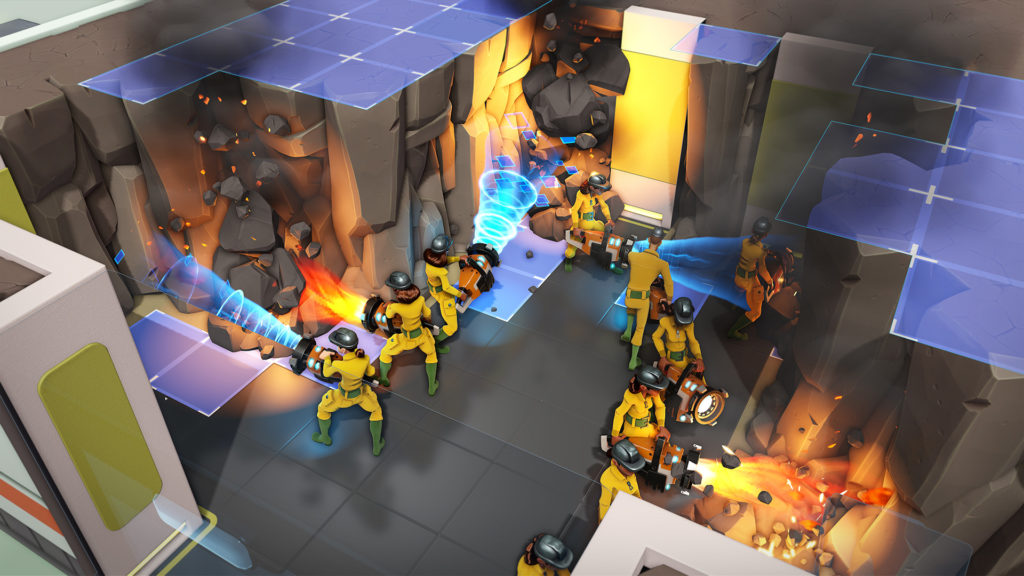 For example, they don’t really ever react to anything. When your lair is infiltrated by the Forces of Justice, your minions will ignore them until you tell them not to. Your guards will respond of course, but they always seem to be on the other side of the facility when there’s an attack. It takes a while for them to respond, and after it’s over they just wander off.

Catch an enemy and you can interrogate them for information. This involves scaring them or tickling them, a much less drastic way of dealing with them than the bullet-to-the-head reserved for your loyal employees. Torture yields info that you can take to the world map, to help grow and strengthen your global network. You can send minions out on missions, and keep nefarious dealings on the go to increase your funds. It’s all good fun, but none of it is as fun as the building element.

There’s so many different rooms to research and install, as well as dozens of items. Thanks to the easy-to-use controls, placing room tiles and getting your lair up and running is a doddle. It even doubles as a swanky casino, and people will frequent whatever you build for them, gambling and laughing while oblivious to your sinister dealings just a few rooms away. 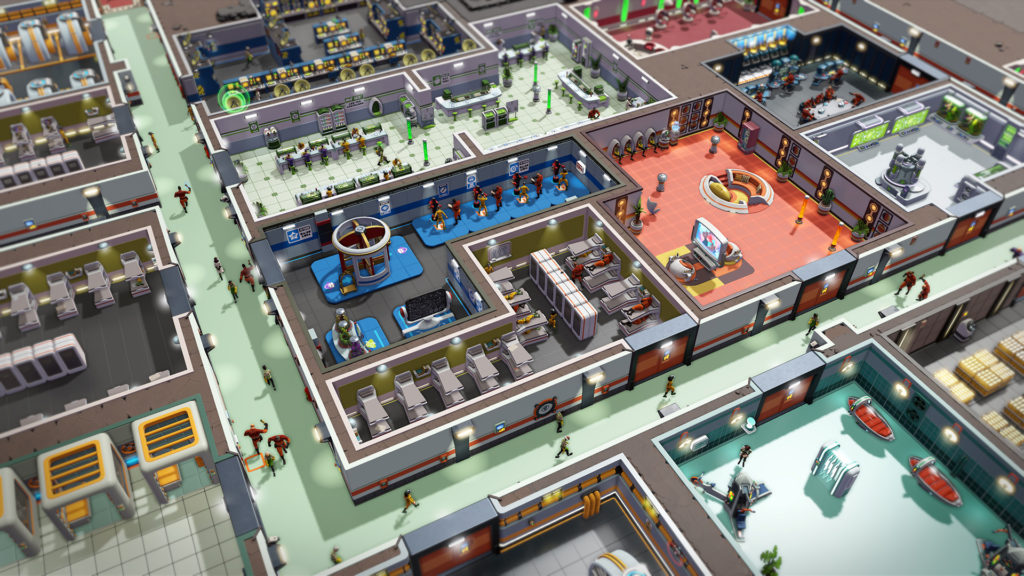 Having such a large world map to plunder offers lots of opportunities to make money, or kidnap important figures who you can then torture to learn their secrets. Once you’ve interrogated a guard, for instance, you can train your own.

Ultimately, this is a very solid port of a fun game. If you’re not a fan of slow-paced lair management sims, you’re better off staying clear. But if what you’re after is something a little bit different from norm, this is an addictive, cerebral challenge that will let you scratch that bad-itch at the same time.

If you're after something cerenral and addictive, Evil Genius 2: World Domination on console is a solid port of a very enjoyable game.