previous
The God is a Geek Game of the Year Podcast 2015
random
next
Best of 2015: Metal Gear Solid V: The Phantom Pain
0 comments 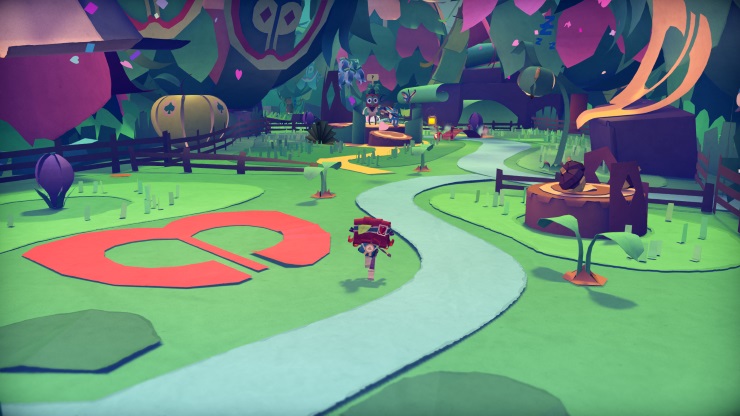 The original Tearaway was massively under appreciated. It’s the only game to make full use of the Vita’s staggering array of inputs – in fact it’s the only game in recent memory that has been fully designed around the console it came out on – and, in true Media Molecule fashion, it put the player at the centre of its absolutely charming world.

It would have been incredibly simple to port it to PS4 ‘as is’, with just enough changes to get it working. Instead, Tearaway’s papercraft components were taken apart (Unfolded perhaps, ah hem) and put back together in a way that would suit the PS4 best, making use of the touchpad, light bar, motion controls and in a way few games ever do.

One of the primary mechanics sees you shine the light of your controller into the game world.  Sure, it’s motion-controlled trickery, but how cool is that? It’s such a simple thing, but it makes Tearaway Unfolded incredibly immersive, the real and the fictional blended together as one.

This theme runs throughout, with familiar inputs used in unfamiliar ways you’d never thought of. It’s incredibly easy to see remakes as a chance to draw in newcomers at best and a cynical cash stream at worst, with slightly improved frame rates or resolutions, maybe a dash of DLC thrown in for good measure, but Tearaway Unfolded is something different, as fresh a breath of air as the original was.

Even the story is changed. Dark Souls II’s Scholar of the First Sin edition gets plaudits for rearranging enemy placements, mixing things up in new and interesting ways, but Tearaway Unfolded does it on an even greater schedule. Levels have been chopped and changed, and there’s an entirely new end sequence, lengthening the game.

Of course, this makes Unfolded difficult to pigeonhole.  As we discussed on the Game of the Year podcast, it is more than a simple port, more even than a remake, but it shares enough of the original’s DNA that it can’t be counted as a sequel. Fittingly for a Media Molecule title, re-imaging probably fits best, transplanting the core values of Tearaway onto a new system.

That core, that central, defining characteristic of Tearaway is simply joy. Pure, honest joy. None of the original’s charm was lost in translation, from its adorable little paper squirrels to the landscapes cut from the same sheet. One of my favourite development stories – aside from Kojima designing MGS levels out of Lego – is that everything seen in Tearaway was first created out of paper by the developers, just to make sure that this magical paper land would actually work in the real world.

And it’s that sort of love and care that shows in the very best games. Media Molecule could easily have done a lazy port, dropping the rear touchpad sections and compulsory camera, and Tearaway Unfolded would still have been great. Instead, they loved their game so much that they gave it the bespoke treatment, building it from the ground up as something new.  And that, well that deserves plaudits.

You can find me on Twitter and PSN as MacShanks, and feel free to hit me up if you have any questions, queries or feedback!
MORE LIKE THIS
goty2015Media MoleculeTearaway Unfolded