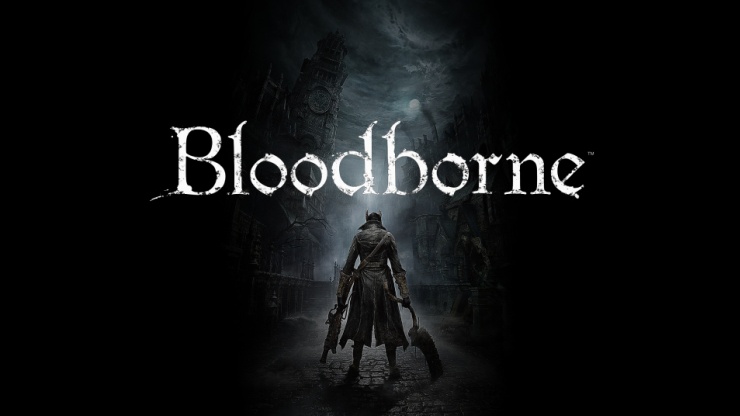 If you’re an avid videogamer, you’re more than likely to have come across a videogame that you find almost impossible to stop playing. No matter what new games hit the scene, you feel compelled to stick to the one you love. This is exactly what happened to me with Bloodborne, FROMSoftware’s Gothic Souls-like title, released back in March. This article is going to be a love letter to Bloodborne, a billet-doux to its entire existence, explaining why it is one of the best games released this year.

In the early game, you awaken as a Hunter in a strange city with no recollection of how you got there. The city of Yharnam is populated with huge beasts, plagued citizens driven mad by corrupted blood and other Hunters who are just as hostile towards you as they are to their prey. You must venture through the city, survive the horde and escape the nightmare.

One of the most visually striking things about Bloodborne is it’s thematic design. Everything in-game, ranging from the buildings to the NPCs, has all been created with a final image in mind, one of Gothic brilliance. The enemies are ghastly, the buildings are gilded in grandeur and the bosses have been designed brilliantly, each one unique and more terrifying than the last. To say that Bloodborne is one of the best looking games of the year would be an understatement, as I have never admired such details of design with any other game. It is overflowing with atmosphere, and is bound to keep you tense right up until the end-game.

While I might be boasting about its decorative magnificence, don’t expect an easy ride in terms of difficulty. As a Souls successor, Bloodborne pulls no punches in terms of difficulty: it hits quick and hard, knocking you down into the dirt before stamping on your head a few times for good measure. The difficulty is something you grow accustomed to however, as you’re forced to rethink your tactics and fighting style with almost every new enemy encounter. Adapting to the world of Bloodborne will be second nature by the time you hit Vicar Amelia, but even then, don’t expect to sail through unscathed. You will die, over and over, but you’ll always feel compelled come back for more. It’s because of this that every victory, no matter how small, feels like a triumph of galactic proportions.

Bloodborne will also offer you some of the most inventive and devastating weapons you’ll have seen in gaming this year. From outlandish creations such as the skin-shearing Whirligig Saw and electrifying Tonitrus to more tried-and-true classics like the Hunters Axe or the Kirkhammer, there’s something for everyone. Each weapon also comes with a trick function, allowing you to switch up your play style as weapons take different forms. For example, the Kirkhammer doubles as a sword and a hammer, and the Threaded Cane can be used as a blunt weapon for close combat or as a whip to strike enemies from afar. These add a wonderful amount of variation to gameplay, with no two weapons having the same traits, leaving you free to experiment with the entire arsenal at hand.

While Bloodborne may not be the most unique IP to enter the market this year (having borrowed many of its mechanics from FROMSoftware’s Souls series), it does enough to stand out from its predecessors with a complete visual overhaul and separate tome of lore entirely. One of the most solid points of the title in fact is its gameplay mechanics, which allow for fluid movement, quick and precise combat and perfectly timed evades. Levelling up is one of the most rewarding aspects, as it truly feels like your hard work has paid off, cashing in Blood Echoes for levels or new items. Nothing feels out of place or pretentiously added in: everything just fits.

For the best part of a year now I’ve been recommending Bloodborne to everyone I can, because in my opinion it is the highest peak that video games have reached this year. Despite other stellar titles being released in the past twelve months worthy of high acclaim, Bloodborne goes further than all of them: it immerses you in a world of macabre horror, turns up the heat and refuses to let you leave.

Currently an English, Journalism and Creative Writing student at the University of Strathclyde. Based in Glasgow, I spend most of my free time playing video games ranging from Japanese visual novels to horror games. You can contact me at greg@godsiageek.com!
MORE LIKE THIS
BloodBorneFromSoftwaregoty2015