previous
Venom is set to take care of all your Switch Charging needs
random
next
Rent your own Dinosaur server in ARK: Survival Evolved
0 comments 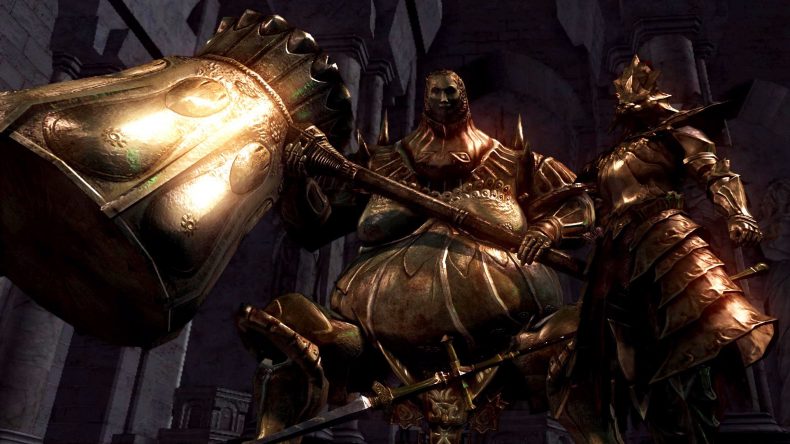 When I started playing games back in the 80s, it wasn’t cool like it is now. We wanted to be accepted the same way sports fans were, or movie fans. We always let new people play alongside us, so they could see how fun games were, in the hope that maybe they would get involved more. It wasn’t really until the late 90s when the first PlayStation had been around for a couple of years, that gaming started to go mainstream.

Great, I thought, now more people will be interested in talking about gaming. Maybe we can chat about our time with Resident Evil or Metal Gear Solid, or spend time together playing FIFA ‘97 or ISS Pro Evolution. All those things happened and more, and it was a good time.

But something started to change during the next generation, and it worsened when the 360 and PS3 arrived. Some people started to complain that games were too easy, or that they weren’t as good as the Mega Drive/SNES era. Of course, the latter was simply rose-tinted glasses in full effect, but the former opinion started to grow. When people started using ‘I beat Halo on Legendary’ or ‘I beat Demon’s Souls’ as badges of honour, it started a trend that has since grown into a pox on the industry. I don’t say that lightly, either. Games are now bigger than they have ever been, making huge amounts of money, and yet now that gaming finally has that mainstream approval, some ‘gamers’ are now seeing it as a threat to how they play. Some will tell you that, unless you play games on their highest difficulty, you aren’t really a gamer, or you aren’t playing them right. Some will deride those who enjoy mobile games, using the term ‘casual’ as an insult. What kind of idiot tries to put down a potential newcomer to gaming, based on their taste? And worse; there are actual games journalists out there, people whose responsibility it is to keep players interested in the industry and its output, that publicly insult these ‘casual’ gamers. How can you seriously claim to be a gamer if you don’t treat gaming as an inclusive place?

Everyone is allowed to play games. I’ve been playing games for thirty years now, and guess what? I don’t have the time or patience to stick Uncharted: The Lost Legacy on Crushing. I will probably play it on easy and I won’t get any less out of it than someone playing it on harder difficulties. Sure, when reviewing a game I will try out harder difficulties for the sake of extra knowledge, but I won’t play everything on its hardest difficulty and brag about it on Twitter. This whole ‘man badge’ nonsense has no place in gaming, and especially not in games journalism. If you’re proud of beating Dark Souls without dying, that’s great. If you 100% every game you own, I’m happy for you too. But there’s a difference between being proud of an achievement, and trying to make someone else feel bad because they aren’t as good as you, or they don’t have time to play games on hard because of work or family – or quite honestly, for any reason.

Worryingly, there are even some out there that believe you can only get the best experience out of a game by playing it on hard. I mean, what kind of dumb-shit logic is that? These same people will often recite stories of spending hours on one section, because they would die repeatedly. Yeah mate, that sounds like the best way to play. I like nothing more than to waste hours on a single level, just so I can tell some random dude on the internet that I beat Uncharted 2 on Crushing. Nah, silly me, I like to progress steadily in my games. What am I thinking?

I’m certainly not telling you that you should play everything on easy, because you should play games however you want to play them. If you want to play Call of Duty: WWII on Veteran, then go for it; if you want to play Forza Motorsport 7 with all the driving aids on, knock yourself out; or if you don’t want to play Nioh, Dark Souls or Bloodborne because they might be too difficult for you, that’s absolutely fine. Want to play Injustice 2 on easy and just mash the buttons until you win? You bloody well do that, and fuck anyone that tries to make you feel bad for playing games in a way you enjoy. Telling people to only play games according to your play style, is a dick move. Learning every single movelist in Tekken 7 so you can use tournament-level tactics online, doesn’t make you any better than the player who loves nothing more than to mash the buttons against Dead or Alive 5’s easiest AI setting. Beating Bloodborne is something to be proud of, so don’t put someone down if they beat it using the ‘wrong’ weapon, or because they used co-op to beat bosses. Hell, I beat Ornstein and Smough in the first Dark Souls using co-op and I’m damn glad I did. If you have a problem with that, especially if you work in the industry, then that’s your deal, not mine. I won’t have anyone telling me how I should play, nor will I accept anyone trying to influence others’ play style.

To put it simply: if you publicly shame someone for the games they play, or for how they play those games, you are a moron. If you work in the industry and do it, you’re even worse and you don’t deserve your influential position. Games are for everyone to enjoy, you don’t get to tell anyone how they should play them. This industry is already too negative as it is, and it’s about time we started encouraging people in their hobby instead of tearing them down.