Ironcast set to release on consoles first week in March 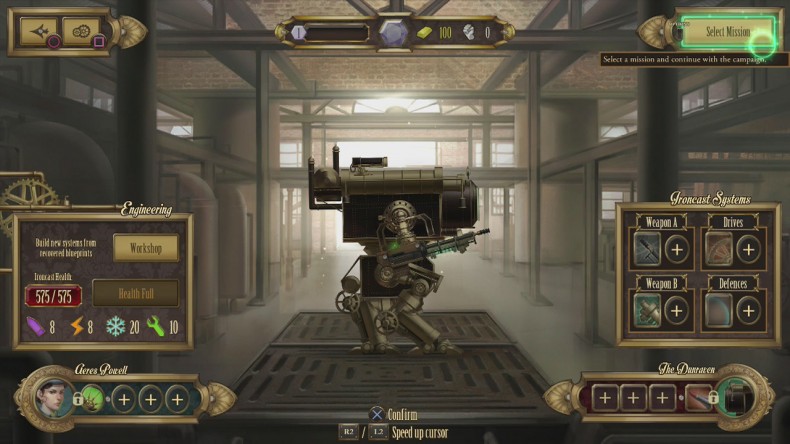 Developer Dreadbit, the studio formed by former Media Molecule Senior Designer – Daniel Leaver,and Ripstone Publishing have announced today that their Steampunk Mech Comabat game Ironcast will be launching on PlayStation 4 and Xbox One in the first week of March.

Ironcast is the studios debut title, however Daniel Leaver has experience working on both LittleBigPlanet and Tearaway during his tenure at Media Molecule.

With similarities to the enormously successful Puzzle Quest, players take command of a huge seven metre tall walking Ironcast to defend Victorian England. Battles are fought to generate resources which in turn can be used to purchase weapons and systems.

The game is due to be released on either 1 or 2 March for PlayStation 4 dependant on region, and worldwide for Xbox One players on 4 March.

A console release trailer will become available in the next few weeks, but for the time being you can check out the trailer for the original Kickstarter campaign.

Likes to shoot stuff and wear pretty shoes. Is a BEAST at Titanfall.
MORE LIKE THIS
IroncastMechMedia Moleculeripstone publishing