previous
Doom is releasing this June, according to Amazon France
random
next
ADR1FT launching March on Oculus and Steam, Xbox One and PS4 to follow
0 comments

Oculus’ Palmer Luckey: “Rift is obscenely cheap for what it is” 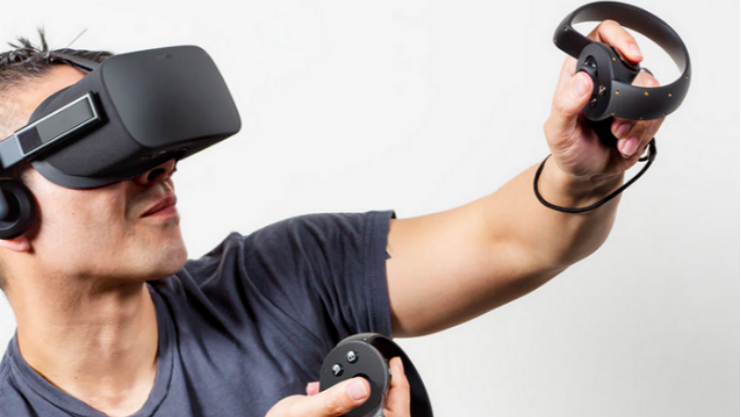 Oculus founder Palmer Luckey has said that the Rift headset is “obscenely cheap” for what it is, as well as that the company “don’t make money on the Rift”.

The comments came from a Reddit AMA that was hosted last night. Pre-orders for the Oculus Rift went live yesterday, and seemed to surprise many with their high-end price point of $599 (£499 after all required national taxes are included). However, that didn’t stop the first batch selling out within 14 minutes, pushing the expected ship dates from the original March to as far back as May.

To reiterate, we are not making money on Rift hardware. High end VR is expensive, but Rift is obscenely cheap for what it is.

The Oculus Rift will come bundled with a sensor, Oculus remote, an Xbox One Controller, all the required cables as well as Lucky’s Tale and EVE: Valkyrie. The included gamepad, many speculated, was the reason behind the high price point but Luckey also said that it costs the company virtually nothing: “The Xbox controller costs us almost nothing to bundle, and people can easily resell it for profit. A lot of people wish we would sell a bundle without ‘useless extras’ like high-end audio, a carrying case, the bundled games, etc, but those just don’t significantly impact the cost.”

Luckey then went on to explain why the Rift is in fact so expensive, listing the technological specifics of the headset:

“The core technology in the Rift is the main driver – two built-for-VR OLED displays with very high refresh rate and pixel density, a very precise tracking system, mechanical adjustment systems that must be lightweight, durable, and precise, and cutting-edge optics that are more complex to manufacture than many high end DSLR lenses,” he said.

“It is expensive, but for the $599 you spend, you get a lot more than spending $599 on pretty much any other consumer electronics devices – phones that cost $599 cost a fraction of that to make, same with mid-range TVs that cost $599. There are a lot of mainstream devices in that price-range, so as you have said, our failing was in communication, not just price.”

He ensures naysayers that they were getting a “pretty crazy deal” and declined to breakdown the specific cost of each component of the Rift. Also announced yesterday was the news that Oculus will begin selling Rift ready PC bundles next month, starting at $1499.

The Oculus Rift will begin shipping to customers starting March 30.

Currently an English, Journalism and Creative Writing student at the University of Strathclyde. Based in Glasgow, I spend most of my free time playing video games ranging from Japanese visual novels to horror games. You can contact me at greg@godsiageek.com!
MORE LIKE THIS
CheapOculusPriceprofit

Get GRID For Cheap And Help Charities In The Process