previous
From the Silver Screen to the Console… and back again
random
next
Yoshinori Kitase: 2016 Will Be "A Year of Preparations" for Final Fantasy VII Remake
0 comments 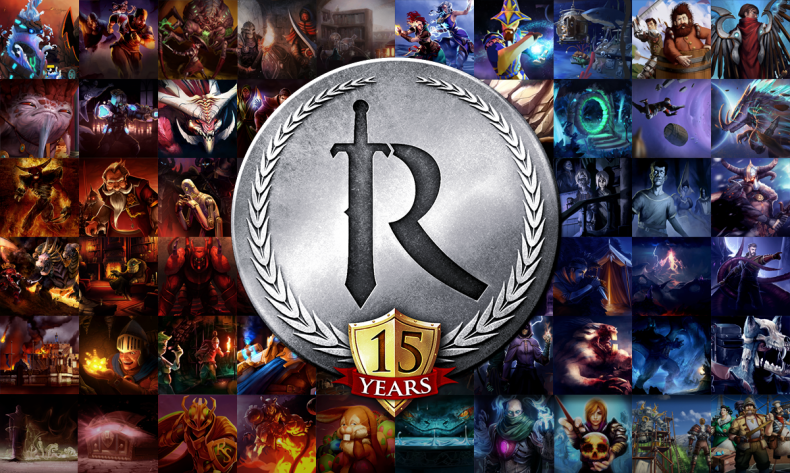 RuneScape, that game you used to play when you were 14, angsty and didn’t have enough pocket money to buy video games for your Xbox 360, is celebrating it’s 15th birthday. A blog post on the game’s official website details the celebrations.

Players can now log in and speak to NPC Party Pete in order to receive a “box of birthday goodies” which contains a Prismatic lamp, a Prismatic star, an unowned statue and 10 party hat fragments. There is also a new Birthday Party venue, available from Party Pete, which boasts a statue garden with a plinth for every year, a food banquet, and a specially crafted tiered RuneScape birthday cake.

In addition: “Every half an hour, there will be a two-minute confetti shower around each lodestone (except Prifddinas), accompanied by a world message to announce the forthcoming of a balloon drop. Each day you will be able to pop up to 50 balloons, which will reward you with either gold, a Prismatic star or lamp, an unowned statue piece, or additional party hat fragments. After you have popped 15 balloons, you will unlock the 15 year tunic, which you can access from your wardrobe. Pop 50 balloons, and you can unlock your very own 15th anniversary balloon. This will allow you to bank any item of your choice, once every 30 minutes.”

Statues can also be gained from popped balloons, and you’ll receive more gifts based on how many you collect:

Maybe it’s time to dig out the old username and get stuck in again.

Currently an English, Journalism and Creative Writing student at the University of Strathclyde. Based in Glasgow, I spend most of my free time playing video games ranging from Japanese visual novels to horror games. You can contact me at greg@godsiageek.com!
MORE LIKE THIS
BirthdayrewardRunescape

Dying Light celebrates birthday with a video from the archives