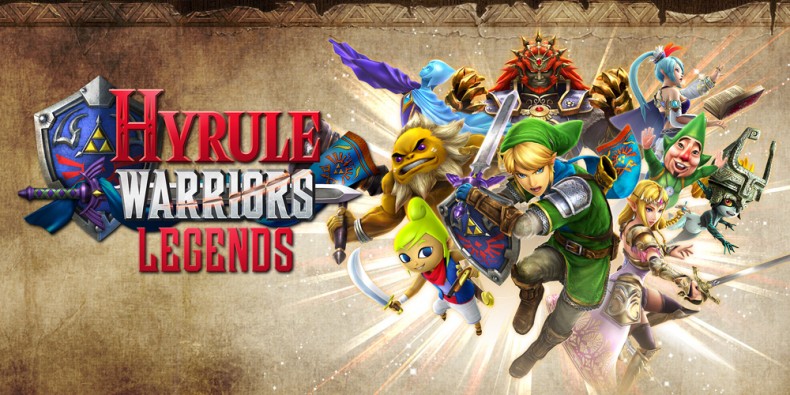 Nintendo has announced that Hyrule Warriors: Legends will release exclusively for its 3DS system in late March.

Players will be able to switch between up to four characters on the battlefield, play as five new characters, and enjoy two new and exclusive storylines.

Hyrule Warriors: Legends comes with two new exclusive stories: a four-chapter epilogue based on The Legend of Zelda: The Wind Waker, and a five-chapter story based on the series newcomer Linkle. In addition to Linkle, players will also see Toon Link, Tetra and King Daphnes from The Wind Waker, and the Skull Kid from The Legend of Zelda: Majora’s Mask.

As a special bonus, all new copies of Hyrule Warriors: Legends will come with a code that allows players to download these new characters to Hyrule Warriors on Wii U, but they will only be available for use in Adventure Mode and Free Mode. Codes will also allow players to unlock Ganodorf’s new trident weapon.

Nintendo has also confirmed that players will be able to use amiibo based on The Legend of Zelda characters to generate more powerful versions of previously unlocked weapons for their respective characters.

Hyrule Warriors: Legends will release across Europe on March 24.

Likes to shoot stuff and wear pretty shoes. Is a BEAST at Titanfall.
MORE LIKE THIS
3dsAmiiboHyrule WarriorsLegend of Zelda