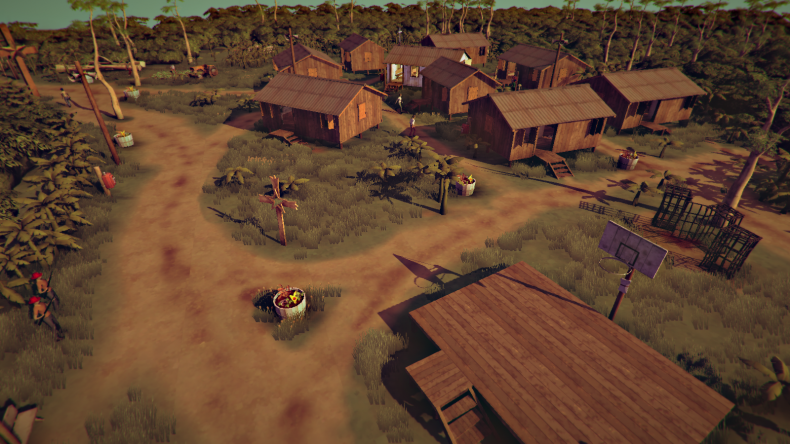 Richard Rouse III whose projects in the past have included The Suffering and State of Decay has announced his new project: The Church in the Darkness.

The Church in the Darkness is an action-infiltration game that delves into the ’70s cult movements. It features the voice talents of Ellen McLain and John Patrick Lowrie; married in real life and well-known for voicing GLaDOS (Portal) and the Sniper (Team Fortress 2), respectively. The couple are also helping to compose the soundtrack.

The Church in the Darkness features two characters; Rebecca and Isaac Walker who lead their people into the jungles of South America. There, in the isolation of Freedom Town, they can escape the injustice of the US and follow the true path of the righteous, but an outsider is in their midst.

You play the role of a former law enforcement officer who has resolved to check on your sister’s son who has taken himself to Freedom Town.

There is no official release date yet, but The Church in the Darkness is expected to release on PC/Mac, PlayStation 4, and Xbox One in early 2017.

In the meantime you can check out the teaser trailer below.

Likes to shoot stuff and wear pretty shoes. Is a BEAST at Titanfall.
MORE LIKE THIS
ActionIndieParanoid ProductionsState of Decay