9 Tips for Victory in UFC 2 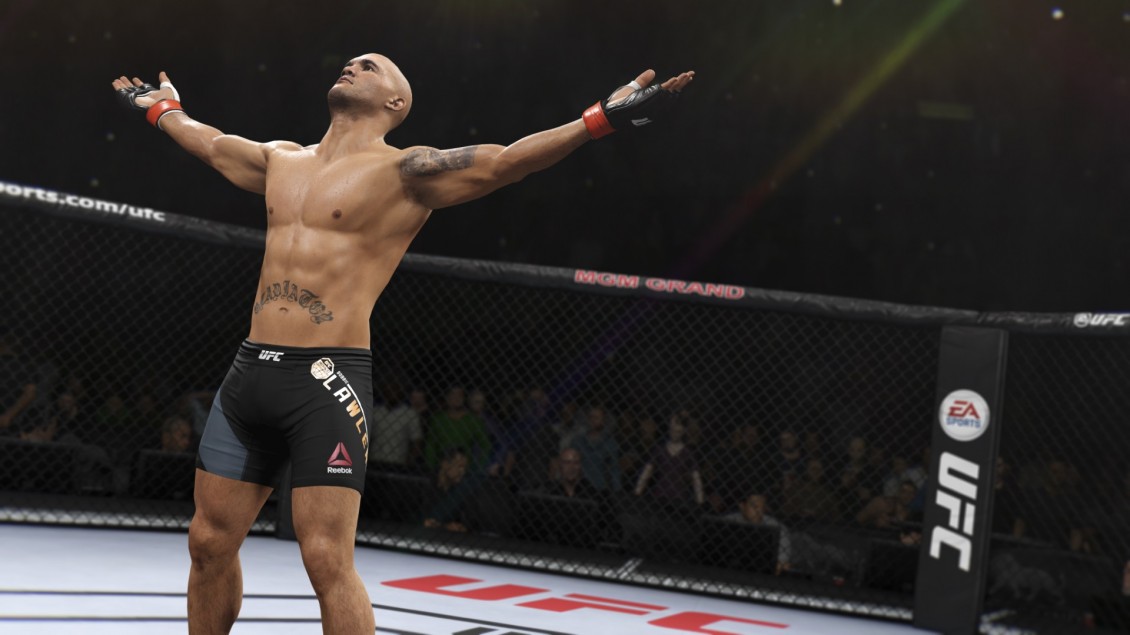 Everyone knows that fighting in the UFC is one of the most physically testing things any human can do in life. Having the likes of Ronda Rousey, Conor McGregor, and Jon Jones trying to incapacitate you must be one of the most daunting moments in any of their opponents life, and you too can (almost) have that experience thanks to EA’s UFC 2.

UFC 2 offers an incredible roster of fighters, along with some impressive fighting mechanics and amazing visuals. To put you in the best possible shape for when you get your hands on UFC 2 we have compiled nine simple but effective tips that will help you destroy any opponent that stands in your way.

Skill challenges are your friend

Even if you mastered the first UFC game from EA, chances are that if you jump straight into a fight, especially if that fight is against another person and not the AI, you will end up on the losing end. Many aspects have been tweaked with some totally overhauled, and jumping in blind is never a good idea. This is where the Skill Challenges come in, these arent quite tutorials but serve the same purpose, really, teaching you the ropes and improving your techniques. Spend some time here first and you will be in good shape for your UFC career. When in a fight, your stamina bar is one of the most important things to keep an eye on. Throwing punches, kicks, going for takedowns, grappling, and submissions all drain stamina and once that bar is empty your actions won’t be as effective. Small quick bursts of action seem to be the way to best use your stamina, hitting hard, and then recovering. One of the most important reasons to keep you stamina up isn’t for offense, but for defense. If your opponent connects with some big hits and you have no stamina then you won’t have the means to defend yourself, and chances are there will be a big loss on your record.

Keeping your stamina high is important (as we literally just mentioned) and the best way to recover is to take a bit of a step back. Staying out of reach will not only bring back stamina but can also bait your opponent into a mistake that you can punish. Footwork really is key here, moving in and out of reach to throw a punch then avoid their return is vital to being on top, and knowing when to move forward to finish things will help win fights.

It’s no secret that the best moments in UFC history have been the incredible and flashy knockouts, where a big blow sends a fighter tumbling to the mat. Of course almost everyone else also feels this way, and as a result many people always try to end the fight with a big KO. However, submissions can be just as effective, and from our experience playing against others, few people choose to use them. Mastering the submission system will give you a clear advantage and if you find yourself against someone who only goes for KO’s then they probably won’t know how to defend against it. Holding LB (on Xbox One) when striking will throw a stronger, more devastating blow. For some fighters this can just mean taking a bigger swing on a right hook whereas for others it can mean unleashing a mean superman punch. While these blows will deal a lot of damage and look cool they should not be used all the time. Throwing standard punches can be a quick way of dealing good damage and then when they least expect it unleash a strong strike to stagger them and hopefully finish the fight.

When you do manage to connect with a massive strike it is vital that you take the chance to finish the fight. A chance like this may only pop up once or twice during a match and when your opponent is rocked, moving in and slapping their head around will usually end up with a win. If they hit the deck, dive on them and punch their lights out. If they stumble, follow up with big strong blows, and if they crumble to the floor with one big blow, well, go off and celebrate. A chance to finish that isn’t taken could easily mean that they make a good recovery and it’s you that finds themselves on the end of a knock out.

Posture up for an easy KO

There is one quite effective way to finish up a fight if you don’t manage to take your chance to finish after a big blow. Go for a quick takedown, a good single leg will do, and then hold up on the stick to ‘posture up’, this will give you the perfect position to rain down punches straight onto your opponent’s face and often this can lead to a KO. Of course doing this straight from the start probably won’t work, as chances are any half decent mat fighter will slip out from your grasp. But after they have been rocked this is almost a sure fire way to end the fight. Dont pick Punk if you want to win

Yes we all know you want to play as CM Punk in UFC 2, but you might want to give him a miss. Despite never having fought in the UFC, the former WWE Champion in one of the biggest stars UFC has and, unsurprisingly, he is featured in the game. But as he is yet to fight he has the lowest rating of all the fighters on offer and, honestly, isn’t that great. Playing against anyone online as Punk is going to be a challenge if you are evenly matched in skill. Keep your Punk antics to single player, unless you want to lose a lot.

Chuck Liddell is still a badass

Punk may not be great, but UFC legend Chuck Liddell certainly is. I have always had a soft spot for Liddell since he showed up in an episode of Blue Mountain State (something you should all watch on Netflix), and being able to play as him in UFC 2 is brilliant. What’s even better is that he is one of the higher rated fighters in the game and can realistically hold his own against anyone, which you would expect from one of the greatest UFC fighters of all time. Chuck is a badass, you should all play as Chuck.

eSports! I joined God is a Geek all the way back in September 2013 and since then have spent most of my time on Dota 2, and occasionally posting the odd review, news article or totally wrong predictions for The International. When I am not playing Dota I can probably be seen watching some kind of strange eSport or begging for more Twitter followers (@MikeStubbsy if you are interested). Aside from GiaG I am a computing student, football coach and major Apple fanboy.
MORE LIKE THIS
ea sportsUFC 2