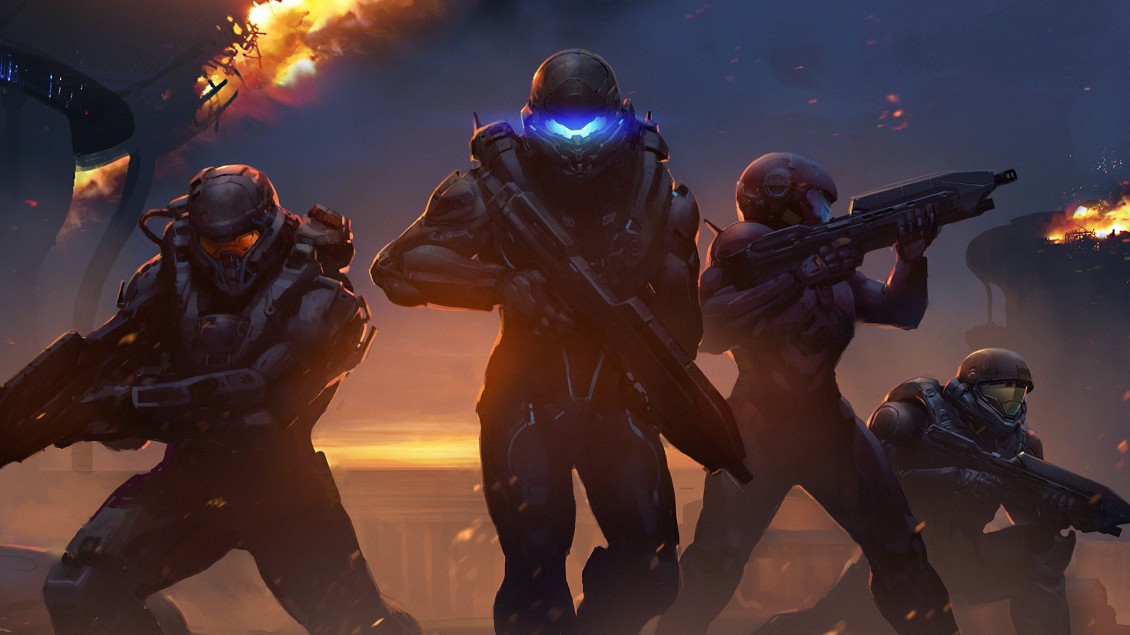 Ghosts of Meridian brings two new maps for Warzone and Arena. Titled Skirmish at Darkstar and Tyrant, they will also bring new weapons and vehicles, new visual customisations.
This includes the introduction of Tartarus’ Gavel, a Legendary gravity hammer that unleashes kinetic explosions with each swing, as well as Hannibal customisations for the Mantis and Scorpion.

Ghosts of Meridian will include multiplayer updates and fixes as well as sandbox, weapon, and vehicle adjustments. With additional improvements to REQ Station UI performance and a list of Forge additions.

Warzone Firefight Beta will give players the chance to try Warzone Firefight for themselves and will run from 6pm on Thursday 14th April until 6pm on Monday 18th April.
The beta will feature the Warzone map, Escape from A.R.C.
Up to eight players will fight together and as expected it will use the Halo 5: Guardians REQ System.
The object is to complete five rounds of increasingly difficult, dynamic objectives set against a timer to emerge victorious.

A new promotional REQ pack will be available that will bring powerful REQs in the system.
Available for one week only (Thursday, 14th April to Thursday 21st April), the Mythic Warzone REQ Pack will contain ten Mythic single-use power weapon REQs and one Ultra Rare or Legendary weapon or vehicle certification, if available.

Ghosts of Meridian will automatically download and install for all Halo 5: Guardian players.