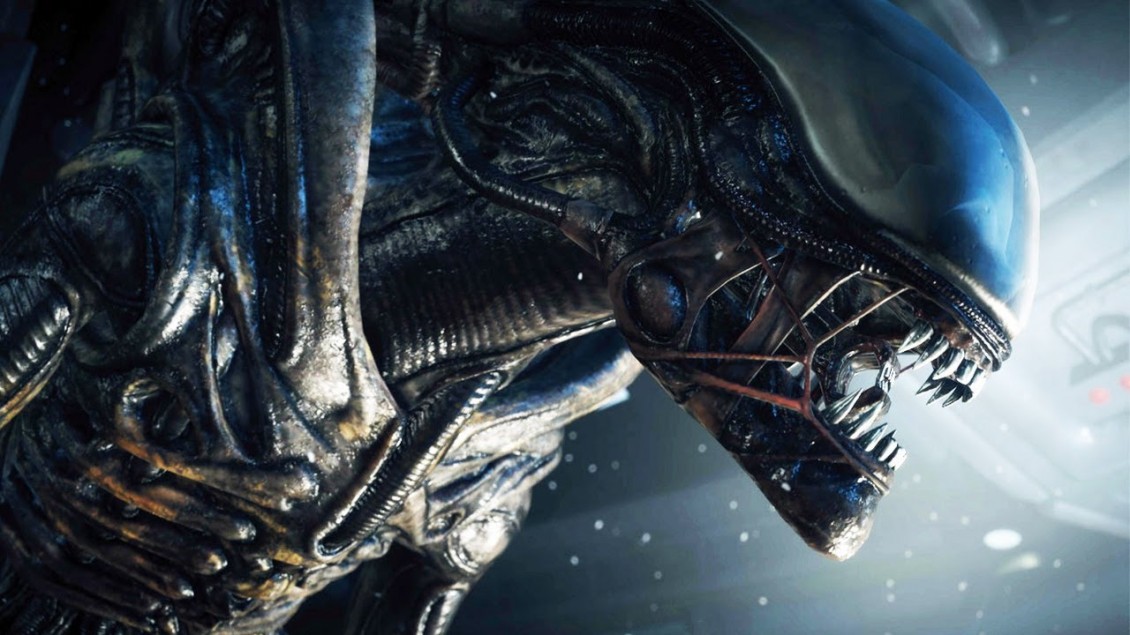 The lights flicker on the ceiling, and the clanging from the pipes echoes around the abandoned hallways. Your heart is racing, your palms are sweaty and then, when you think it’s all over, you hear that one terrifying beep emanate from your tracking device. It’s close. You run down the corridors of the Sevastapol, looking for somewhere to hide, but the beeping is getting faster, and you hear a thud in the vents above your head. Everything falls silent and you think maybe, just maybe, you’re in the clear. You hold your breath and whisper, “Please, not today.” Moments pass and the beeping has stopped, the noise has receded, and you begin to breathe again, ever-so softly. Then, out of nowhere, the Xenomorph springs from a hole in the ceiling and grabs you, looks straight into your eyes and kills you in the most horrific way. As you put the controller down, you notice your face is covered in sweat and you’ve never clenched your arse so tightly before.

The Alien franchise hasn’t always seen a smooth transition from the silver screen to the computer screen, and there was a time when it looked as though our last memories of the beloved Xenomorphs would be left in the depressing mess of a game called Alien: Colonel Marines. Thankfully, though, Sega got their act together and, with the talented team at Creative Assembly, treated us to not only one of the greatest Alien games ever, but one of the greatest video games ever.

Not every Alien game has been a resounding success, but more often than not, those acid-blooded bastards have provided enough shocks to jumpstart a clapped-out Cortina. There are three Alien video games that I hold higher than any other, and it is in these wonderful classics that I choose to celebrate the legacy of the Xenomorph.

Alien 3 was an intense shooter with surprisingly well-designed levels and challenges that had you shooting waves of aliens as opposed to a few seldom found ones. It favoured action over survival, but it didn’t bother me. This was my first exposure to the franchise as a whole. I was barely eleven when I got to play – I didn’t even know what the Nostromo was yet, but I knew I had to find out more about the series. Witnessing Ripley blowing shit up and burning the flesh off these creatures with a flamethrower peaked my interest in a massive way.

It was pretty easy to take out an alien, but there were tons of them and a constant timer made you rush through the levels as fast as you could. There was no time to breathe or even think, so the choice between running and fighting often meant certain death – throw in the objective of rescuing a certain number of hostages on each stage as well and you really were up against it. Looking back, it was pretty repetitive, but being a young boy and having that kind of exposure to violence and aliens was pretty fucking awesome, and that is why Alien 3 is one of my favourites.

Alien Trilogy was the first game to truly scare me. It was also one of the first two games I owned on the PlayStation One (the other being the incredible Die Hard Trilogy). Heaven knows why my dad bought it for me, but I’ll always be indebted to him for that. I would sit in my bed, turn the lights off and play as tentatively as possible, strafing silently and slowly, holding my gun up to the darkness and getting ready to shoot anything that moved. The lack of music and the focus on its sound effects made the atmosphere so unnerving. Being first person made the experience more personal, and hearing the beep of your tracking device marked a tense and manic showdown; there was a good chance you’d suffer some damage at the hands of the aliens, but again, they still weren’t as threatening as they could be. Nevertheless, it was still a great lesson in building a powerful atmosphere, with fear and suspense at its foundations.

Alien Isolation is by far the greatest Alien game I’ve ever played. It came at a time when most people had given up on the franchise, especially in the video game medium. It has everything you want in an Alien game and it makes you feel like you really were surviving. It causes you to stand in a set of lockers for ten to twenty minutes because you dare not move. It has you sat in the vents in pitch black because you are too afraid to move in case the one alien on the Sevastapol might hear you. In space no one can hear you scream, but in my living room, my wife can hear me every bloody time, and she can also laugh heartily at my whimpish demeanour (which she takes great pleasure in). It is so terrifying that I still haven’t finished it. At the time of writing this article, I’m about half way through the game and I have no regrets. Hopefully I’ll finish Alien: Isolation one day and when I do, I’ll undoubtedly shout it from the rooftops

I have been playing it since its release, but because of how much it unnerves me, I can only play it in hour-long bursts (if that). Whenever there is a beep and a flash on your tracker, you look for the nearest hiding space until you can either prove it’s not the alien, or until the alien has stopped hunting you down. It gives you very little in the way of ammo or weapons, so you have to be really smart if you want to survive. There are chances to build homemade bombs and distraction devices, but the real genius comes when faced with a human or android threat. For example, as much as I hated being greeted by the Xenomorph, I used her to my advantage: once, I fired my gun into a room full of humans so that it would attract the alien and kill every last one of them. It worked, but if I hadn’t been careful, it would have offered me the same fate.

It was playing Alien Isolation that helped me write about what a great legacy the Xenomorphs have had in video games. I was introduced to the games long before the movies; thankfully, my love of Alien 3 on the Mega Drive got me hooked and it wasn’t long before I managed to buy a used copy of the first film from a dodgy second-hand store at the bottom of my street. I even remember hiding the VHS under my bed because I didn’t think my parents would approve too much. In the end, it was my dad that helped me become obsessed – and I don’t see that obsession dissipating any time soon.

Video games are cool. Don't let anybody tell you any different.
MORE LIKE THIS
Alien: Isolation