previous
Tetris 99 flips the basic Tetris experience on its head, and I love it
random
next
Anthem first day patch notes are now live
0 comments 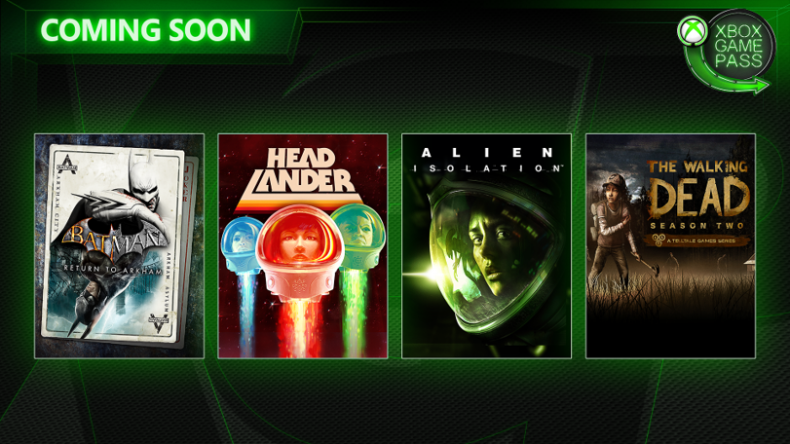 The latest additions to Microsoft’s subscription service Game Pass has been strengthened even further with the addition of Alien: Isolation, Batman: Return to Arkham and Telltales’s The Walking Dead: Season Two.

Batman: Return to Arkham features the first two games in the Batman Arkham series and is available from today on Game Pass. Joining it will be the 2.5D Metroidvania, Headlander and Disney Epic Mickey 2: The Power of Two.

At the end of the month two more games will be added: The Walking Dead: Season two and the critically acclaimed Alien: Isolation.

You can read more about each of these games at the Major Nelson blog.

Likes to shoot stuff and wear pretty shoes. Is a BEAST at Titanfall.
MORE LIKE THIS
Alien: IsolationBatman: Return to Arkhamgame passheadlander