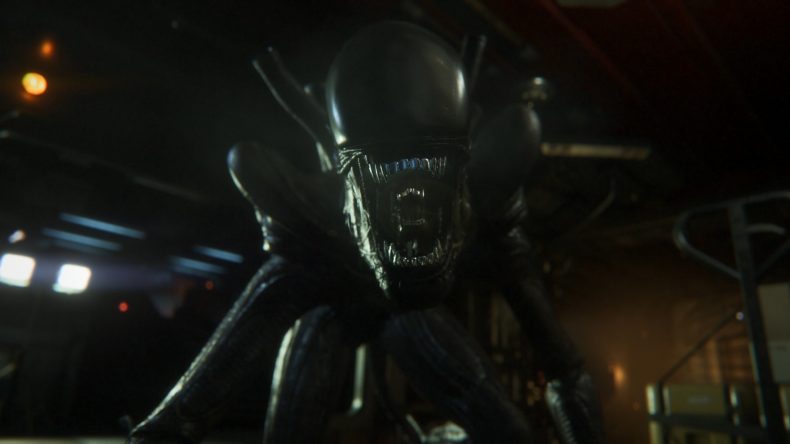 Switch Re:port covers the Nintendo Switch port/version of a game newly released on the platform. Originally released in 2014 and scored 9/10.

There’s no denying that Alien: Isolation is the most faithful video game adaption of the Alien franchise, but you may not be aware that it’s also one of the finest survival horrors available. Sneaking through vents and down dank corridors of an abandoned space station whilst the persistent threat of a Xenomorph constantly keeps you on your toes is both exhilarating and terrifying, and there’re very few that manage to keep the fear levels up to a maximum.

Technically, the Switch port is a superb attempt to keep the fear going on Nintendo’s little beauty of a console, even if there’re a few moments whilst playing docked that do stutter a little. It runs well for the majority, and visually it holds up very well whilst playing, even if some of the cutscenes look more like the PS3/Xbox 360 era – though it is worth noting this game came out during a time when games were hitting that older generation as well as the newer one. The lighting is excellent, as is the grainy aesthetic, making it feel like you’re watching the original 1979 Alien movie.

Sound design is phenomenal, with every clank and hiss that comes from the space station making you soil yourself, never quite knowing if it’s the alien or simply an issue with the station’s rattling exterior. Of course, the best way to play is on a big screen, and thanks to Feral Interactive’s expertise, it displays a good resolution and holds 30fps when docked. It doesn’t look as good in handheld – with a resolution drop, but retaining 30fps – but it’s not a big deal at all.

Everything that made the original release so special is here, so if you want to play on the go and don’t mind embarrassing yourself in front of everyone when you scream because the alien impales you, then go for it. It’s wonderful. All the DLC is included, and there’s motion control (allowing you to really feel like you’re using your motion tracker, which adds tension) and HD rumble support, making the overall experience much more than a straight up port.

Minor lagging whilst docked
Story is still too long

If you've not played Alien: Isolation, then now's the time! If you've been waiting for it to come to the Switch, then it's a must buy if you want to be scared to death, filled with impressive visuals and thrilling moments.