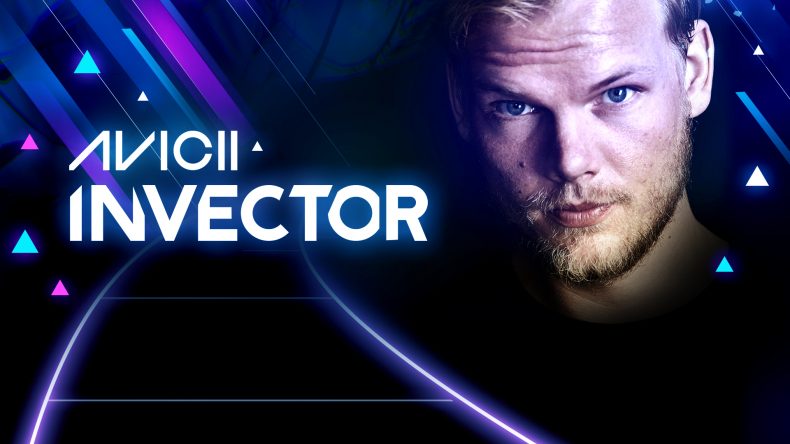 In my teens, I used to love a bit of dance music. I mean, my musical tastes have always been a bit eclectic, enjoying The Prodigy and Chemical Brothers alongside metal bands like Linkin Park, Disturbed, and Metallica. I bet early 2000s Gaz would have loved Avicii (and indeed the idea of Avicii Invector). Alas, the DJ didn’t start his career (in the mainstream, at least) until 2011, by which time I had moved away from dance music almost completely.

You might know much of his work though, without even knowing it. Hey Brother would probably be the most famous one, or perhaps you might have heard Waiting For Love or Pure Grinding. They’re all quite catchy, to be fair. It’s this catchiness that makes Avicii Invector so fun to play, even if you’re not necessarily into this genre of music. It’s difficult to talk about Avicii Invector without addressing one rather significant elephant in the room: sadly, Tim Bergling (Avicii) committed suicide in 2018. As a tribute to the late DJ, this game was created, with a percentage of proceeds going to mental health charities like the Tim Bergling Foundation, set up by Bergling’s parents. The game even opens with a tribute message, and has a surprisingly heartfelt, albeit basic, story that provides a backdrop to the thumping soundtrack of the gameplay.

Stella is travelling through space in her ship, searching for chocolate (it sounds weird at first, but it becomes clear as the story progresses) while the mysterious HQ continuously calls her home. She refuses, leading her through portals and into various environments that provide some impressive backgrounds during each level.

Avicii Invector is a curious mash-up of Audiosurf and Guitar Hero. A rhythm-action game that has you flying along a set path, hitting buttons in time with the beats of some of Avicii’s greatest hits. Playing with an Xbox controller on PC, the face buttons of X, A and B, along with the left bumper and right trigger (though you can actually use either bumper and trigger) and the odd use of the left stick will have you jumping, twisting and rolling your way through some flashy neon rollercoasters. That rollercoaster element does cause one or two issues, it must be said. Imagine Guitar Hero’s prompts came at you on a track that curled around corners, moving up and down over peaks and troughs, practically hiding the button prompt until the very last second. Invector’s system works this way as your ship flies around, meaning that every now and again you will struggle to see which button needs pressing next. I missed a few notes and, while some of that was down to my ageing reflexes, other times the fault could only be laid at the game’s feet.

This becomes especially apparent when upping the difficulty, with the jump between easy and medium being unnecessarily steep. There are more buttons used, mixing them up quickly and interspersing them with twisty movements and a faster pace. This jump felt a touch harsh, especially in some of the more complicated songs, and it only gets harsher with even harder difficulty levels. Again, some of this is down to me being older and less rapid with my response times, but the level of complexity between difficulty levels just seems to increase a little too much. Combine that with the almost-hidden notes on this musical ride and there’s definitely an issue to be resolved. Having said all that, the punishment for missing notes isn’t nearly as harsh as other games in the genre. Even increasing the difficulty, being overwhelmed on a certain rapid fire section might have me missing several notes, but the game slows its pace a little to help you adjust and I still found myself hitting over ninety percent (usually over ninety-five) and easily earning a passing grade.

Honestly, I had enormous fun with Avicii Invector. The music had me bobbing my head along to the beat, smiling as my little ship bounced, pitched and rolled along its circuits. It tested me at times, forcing me to focus, but often the design would work so well that I would subconsciously find the rhythm of the button prompts. The story scenes are often daft, but they’re well animated in their simplistic, animated comic style, and although there isn’t much of a plot, there are still touching moments throughout. A fitting tribute.

Avicii Invector is a fun and exciting rhythm-action game, and a fitting tribute to the late musician.