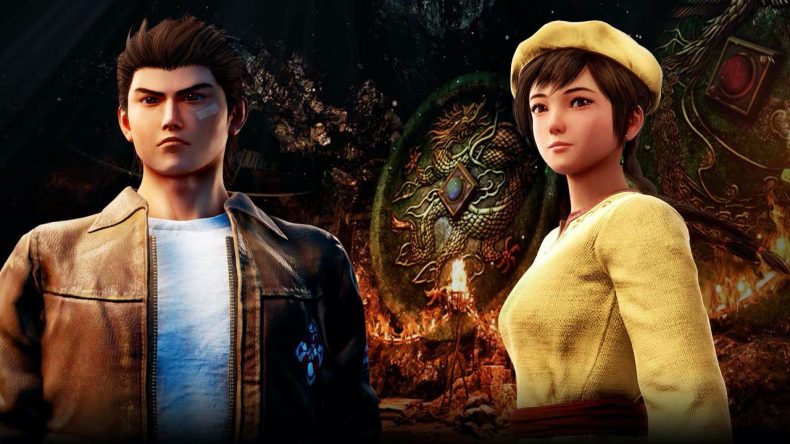 Shenmue came out before Rockstar Games were making world class open-world games like GTA V and Red Dead Redemption, before Bethesda released fantasy life sims like Skyrim and Fallout 3, and before the Yakuza series became as successful as it did. In many ways, Yu Suzuki’s revenge story set the benchmark in what video games could be, how we could live a life through them, and inspired those that came after to create an immersive, living and breathing world. But 18 years is a long time. So much has changed for game developers, with advancements being made with every new year. Sure, Shenmue I and II were remarkable, and unquestionably ahead of their time, but is there a place for a sequel almost two decades since the last game in the story was released?

The answer is both yes and no. There’s something so familiar about Suzuki’s long awaited follow-up, so much so that it feels as if you’ve been transported back to the early 2000s as if everything that followed never happened. There are literally no technical improvements to the series. Combat still lacks any feeling of real impact; movement is still clunky, and every kind of progression feels slow. You’re still expected to spend a lot of time talking to everyone in the hopes that someone will spill a tidbit of information, forcing you to listen to the poor voice acting until your next clue is revealed. From the second I started playing, The pace of Shenmue 3 was grating, causing frustration due to the lack of any feeling of progression, whether from the story or the character. Ryo is a dull and stoic individual with as much personality as a lobotomised sloth. I grew tired of having to go home every night when all I wanted to do was explore the world and get that feeling back that the originals gave me. For years, the original Shenmue was my favourite game of all time. I defended it to everyone who called it boring, and craved for a sequel even when it felt like it would never come, but there I was, playing Shenmue 3 and questioning everything that made me believe the series was better than every other video game ever made.

At times I was reminded why I loved it, such as the sense of community I felt when the characters grew to like me and integrate my existence into the heart of their lives. Whenever I woke up or went to bed and shared my thoughts with Ling Shenhua (my new bestie) I felt a genuine connection that only improved the more I spoke with her. Even when partaking in one of the many minigames, or working a day job like chopping wood or lifting refrigerators with my forklift on the docks of Niaowu, I felt that spark. It’s by no means a perfect game, and I doubt a single person who’d never experienced the games before would have any inclination to play this one, but also there’s a familiarity that reminded me why I loved it. That’s not to say I’m entirely happy with Shenmue III. The lack of improvements to its combat never failed to frustrate me. When a game tells you to just hit a button and hope for the best, any hope for a satisfying fight is thrown out the window. You’ll learn new combos along the way, but it’s just not good enough. You’d think that maybe, just maybe, Yu Suzuki might have made the fighting elements feel more progressive than before, but every time you connect with an opponent it just doesn’t feel like you’ve connected. It’s messy and boring, and stuck in the past. The Yakuza remakes took fighting to the next level with a similar engine, and the lack of a decent budget shows Shenmue 3 up for what it is: a game held back by limitations.

Your stamina and health are lumped into one gauge, and you need to feed off anything you can to restore it once you’ve been exerting too much energy. Finding plants or purchasing food will allow you to refill it, but the tedious first-person mode becomes annoying fast. Between the daily chores of earning money at your job and training to improve the size of your health gauge, you can play Lucky Hit or partake in arcade games like mini basketball (the lack of Sega licensed properties is noticeable), but it never really satisfies you. QTEs lack any real threat like they once did, and the laborious search for information makes each conversation a chore. The biggest frustration, however, comes at the end when, after waiting a whole 18 years for the sequel, there’s still no finale. Yu Suzuki wants to make another, but that might never happen given how long a third took to come out. I don’t know whether it’s artistic integrity or arrogance, but not having a definitive ending feels like a cop out. Maybe other fans will be happy to spend another twenty years waiting, but I expected to see an end to the series, or at least a huge move forward in the plot at the very least.

Shenmue 3 may very well make fans happy, but I’m a fan, and it’s not good enough that with all the advancements made in open world games over the last twenty years, not one of them is present here. The combat is sluggish and unsatisfying, voice acting is terrible, everything moves at such a slow pace, and the story isn’t half as interesting as I hoped it would be. Visually, there are definite improvements, with Bailu village looking lovely, but the main city of Niaowu lacks any real vibrancy or vitality, and when games like Yakuza get it so right, it feels as though maybe Shenmue should have been left in the past.

Shenmue III could've been made 18 years ago as it feels very similar to the previous two entries, with no real improvements, making it feel rather outdated.