GT Sport will not feature dynamic weather or time system 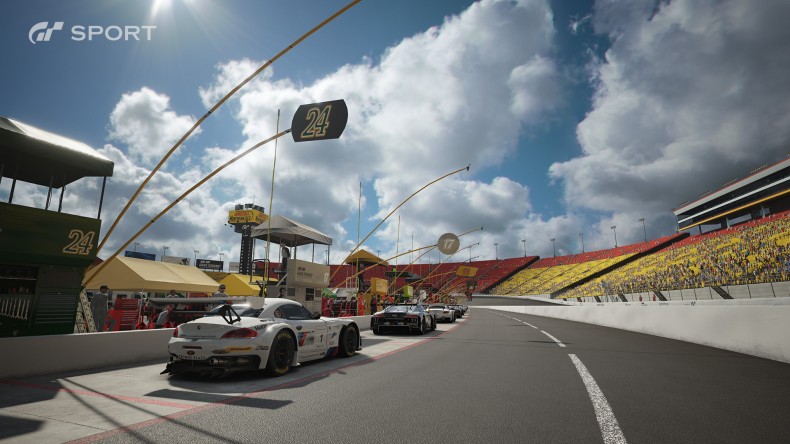 The producer GT Sport has confirmed in an interview with GT Planet that dynamic weather and time will not be included in the game.

GT Planet reports that Kazunori Yamauchi said there will be no ‘transitions’ during races and that weather conditions must be selected before racing. Previous Polyphony games have featured dynamic systems such as weather, which Kazunori says is part of the reason the studio decided to drop them for GT Sport, citing that a ‘degree of freedom’ and ‘quality’ are inversely proportional to each other — with an increase in one leading to a decrease in the other.

Kazunori added: “We opted to not have the transitions in the race this time in order to raise the framerate and the quality of the image during the race. So the user will be able to set that before they enter the race. So you’ll still be able to have night races, morning, races at dawn, dusk, and so on.”

According to outlet, frame rate is an issue which many fans pointed out as not up to standard in Gran Turismo 6. GT Sport is the first game to feature a 20 car grid, with Kazunori expecting that the final game will ship with the feature intact. On the prospect of even larger grids, he said that “they will decide upon along the way (to release)” on whether to increase the size.

Currently an English, Journalism and Creative Writing student at the University of Strathclyde. Based in Glasgow, I spend most of my free time playing video games ranging from Japanese visual novels to horror games. You can contact me at greg@godsiageek.com!
MORE LIKE THIS
gran turismo sportGTGT SportKazunori Yamauchi