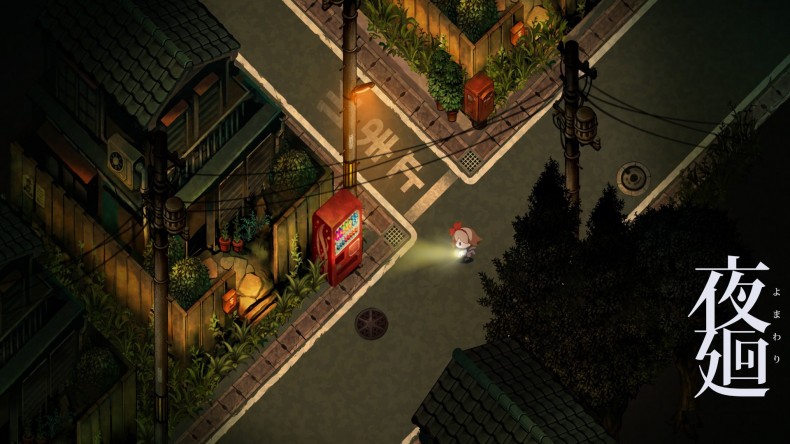 NIS America have announced that their horror title Yomawari: Night Alone and will be released in North America on October 25 and Europe on October 28.

The game will be released as a 2-for-1 bundle on PlayStation Vita with htoL#NiQ: The Firefly Diary, bringing the chills of both games together in one package.

The story of Yomawari: Night Alone follows a little girl who lives with her beloved dog and sister in a small town. When her dog goes missing, then shortly after her sister, she ventures out into the dark town trying to find it equipped with nothing but a backpack and flaslight — only to encounter numerous monsters lurking in the shadows. Players are tasked with finding clues to work out what really happened to the girl’s closest companions.

“Yomawari: Night Alone features a unique blend of survival horror with stealth action gameplay,” writes Judith Pi, Associate Product Marketing Manager at NIS America, on the PlayStation Blog. “Along the way, you will find all sorts of objects from keys to slippers to cat biscuits, some of them vital to solving the mystery of the town and its eerie inhabitants at night, while others useful to distract evil spirits when they attack. As the story unfolds, more answers will lead to more questions, and the open-world environment of Yomawari: Night Alone allows for maximum freedom to wander anywhere at almost any time. But remember that everything has eyes and ears…”

As for htoL#NiQ: The Firefly Diary, players “must guide Mion out of the labyrinthine ruins and back home, but not without running into vicious monsters, crumbling corridors and dangerous traps.”

Yomawari: Night Alone will be available on PlayStation Vita on October 28.

Currently an English, Journalism and Creative Writing student at the University of Strathclyde. Based in Glasgow, I spend most of my free time playing video games ranging from Japanese visual novels to horror games. You can contact me at greg@godsiageek.com!
MORE LIKE THIS
htoL#NiQ: The Firefly DiarylocalisationNISNIS America