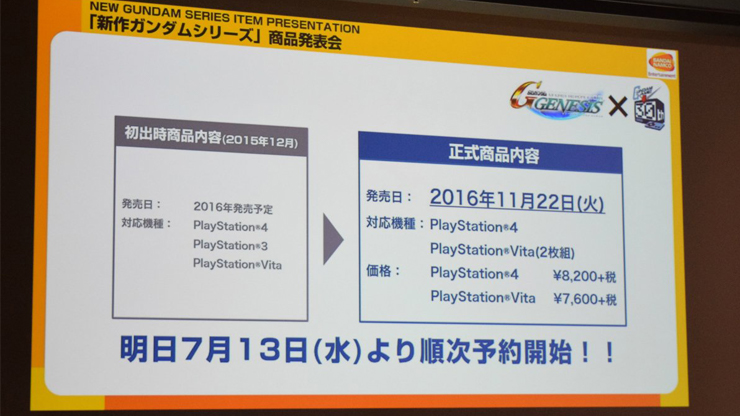 While previously scheduled for PS3 as well, that version has been cancelled. SD Gundam G Generation Genesis will release on PlayStation 4 and PlayStation Vita on November 22 in Japan. An English Asia release is planned for late 2016 as reported by Gematsu. The PlayStation Vita version will ship on 2 carts. This is a first for a PlayStation Vita game. There are no details on how it will work exactly and whether you will need to switch carts while playing just like you did with PlayStation 1 discs on multi disc games.

Check out the new trailer below:

SD Gundam G Generation Genesis is scheduled to release on PlayStation 4 and PlayStation Vita in Japan and Asia this year.