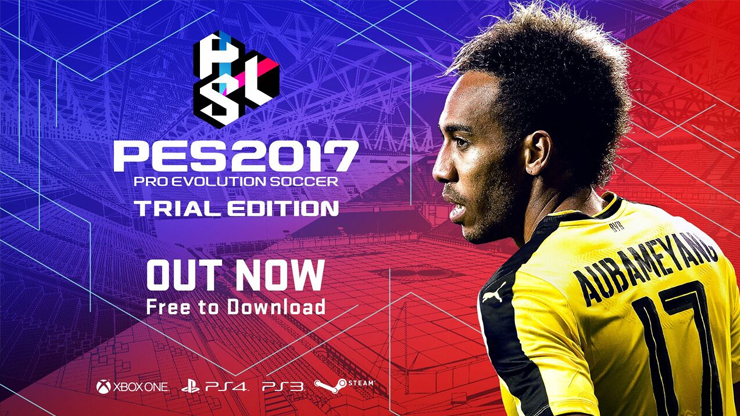 You can play matches with 9 licensed teams from club and national competitions and play in Camp Nou and Neu Sonne Arena. From December, players can register on PES League’s website and play against others for a spot in the finals.

PES 2017 Trial Edition is available on PlayStation 4, PlayStation 3, Xbox One (tomorrow), and Steam.