Xbox Games with Gold titles for December have been announced 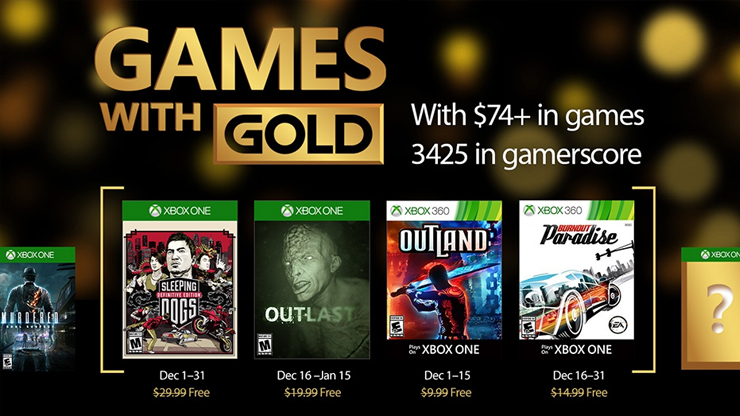 The Xbox Games with Gold lineup gets even better this December.

The much awaited Burnout Paradise for Xbox 360 (and Xbox One via Backward Compatibility) is definitely the highlight here. Sleeping Dogs and Outlast are the Xbox One titles that will be available for free while Outland is the other 360 title to join the lineup. Here’s when you can get the games for free:

Games with Gold are available free for Xbox Gold subscribers.