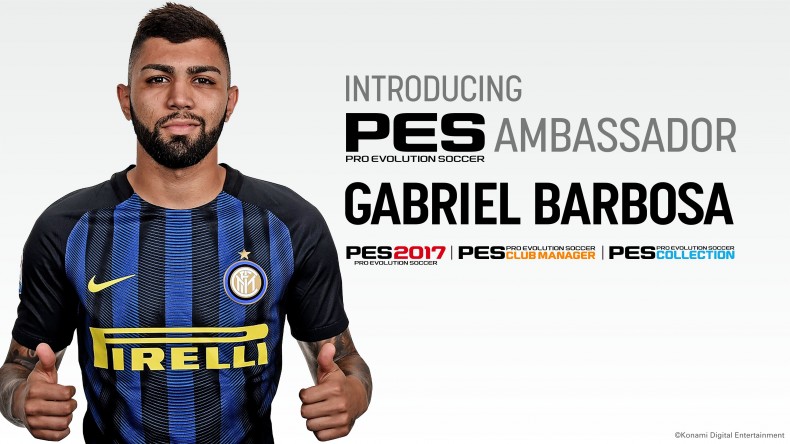 Konami has announced today that Brazilian footballer Gabriel “Gabigol” Barbosa has been named as an ambassador for Pro Evolution Soccer.

“I’m so impressed with the level of detail and fluidity seen in PES 2017, as there is no other game that fully captures player moves and style as realistically as PES,” said Barbosa. “I’m honored that KONAMI has chosen me to be an official ambassador, and I’m excited to join the ranks of others selected to represent this exceptional football franchise.”

Having begun his career at Santos FC, Barbosa has now been declared “the next Neymar Jr” by his fans as a result of his talent and ability. As of August 2016 he plays as a forward for Internazionale.