New Battlefield 1 DLC ‘They Shall Not Pass’ coming March 2017 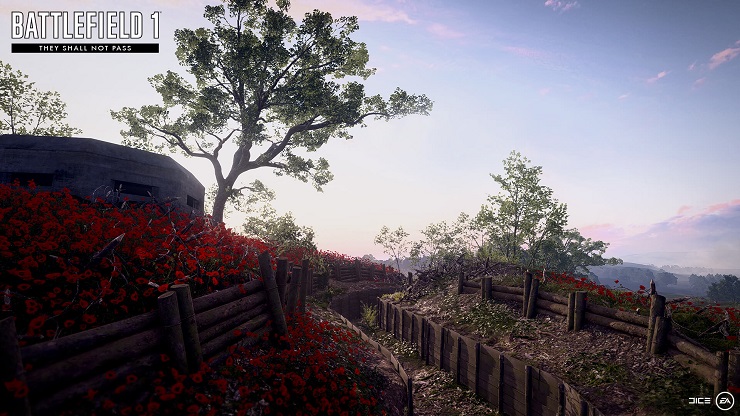 Fans of Battlefield 1 don’t have to wait too much longer for the next batch of DLC. ‘They Shall Not Pass’ is coming March 2017, and features new maps, game modes, and the French army.

The four new maps, Verdun Heights, Fort Vaux, Soissons, and Rupture feature underground forts filled with wet stone and dark galleries, decrepit tanks covered in poppies, towns under fire and uphill battles swollen up in out of control forest fires. The new game mode, called Frontline, offers a mix of Conquest and Rush where you “fight for chained control points in a tug-of-war frontline”. You’ll also be able to take control of the renowned French Char 2C tank, otherwise known as the Steel Behemoth, and the St. Chamond (assualt tank gun).

There’s a new elite class, called the Trench Raider who uses a raider club and grenade arsenal, and a new stationary weapon known as the Siege Howitzer which acts similarly to a mortar weapon. The French army are a massive part of the DLC, and you’ll get to don the famous blue uniform in battle as you defend your homeland.

News
battlefield 1EAthey shall not pass

Video games are cool. Don't let anybody tell you any different.
MORE LIKE THIS
battlefield 1EA