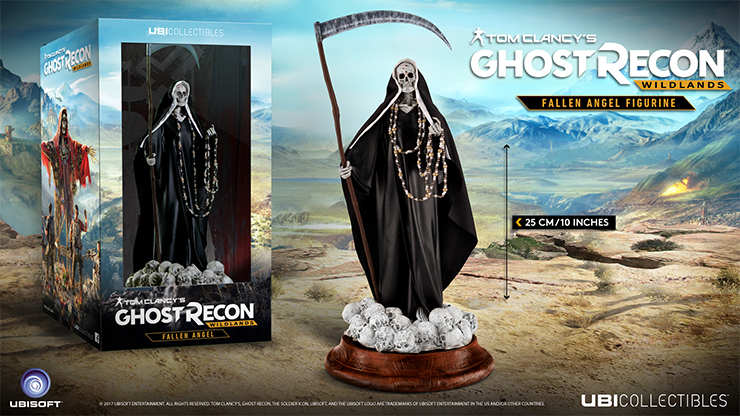 Ubisoft just announced two new figurines that are both available for preorder.

Ubisoft has been doing figurines for a long time. Most recently the Watch_Dogs 2 collector’s edition had a Marcus figure and they sold a Wrench figure separately. The latest additions to the line are from The Division and Ghost Recon Wildlands. Both figurines will be available from March.

The SHD Agent figure can be turned on or off with a switch and is 24cm tall. You can preorder it here. Check out the trailer below:

The Ghost Recon Wildlands figure is the Fallen Angel. It is 25cm tall with lots of skulls. You can preorder it here. Check out the trailer below: