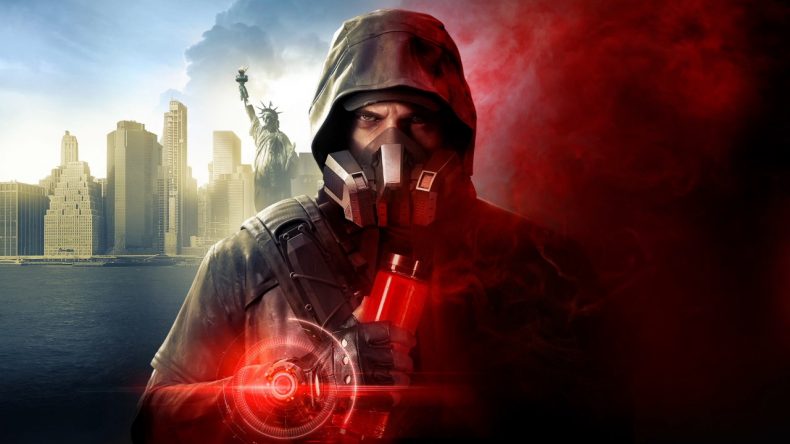 The Division 2’s Warlords of New York expansion finally gives us the chance to track down absentee villain Aaron Keener, a big bad forever alluded to but rarely shown who has been but a figure of myth since the first game. While it’s nice to put a proper face to the name and hunt down the guy responsible for so much calamity simce the Green Poison outbreak, it nonetheless feels a little late.

It has only been a year since the release of Massive Entertainment’s totally not-political-honest sequel, but you’d be forgiven for thinking it’s been much longer. Despite regular support and free updates from Massive and Ubisoft, The Division 2 remained a fairly quiet side option for much of the back half of 2019, doing little to entice new players and annoying existing players with change after change to the already overly-complicated loadout systems. Recently, a handful of new missions have taken agents back to Coney Island to hunt down key figures in Keener’s circle, setting up the return to New York City and a re-acquaintance with a few notable NPCs such as Faye Lau and Paul Rhodes. Sadly, the lack of any real personality to these characters dampens the reunion somewhat, but it’s oddly nice to see Lau back in action, minus the limp but with a brand new eyepatch.

Warlords of New York has you returning to the mean streets of the Big Apple to hunt down and take out Keener’s four lieutenants, each of whom is comveniently a specialist in one field and is thus equipped to reward you with unique gear and abilities once they’re dead. While clearly built for squad play, I solo’d the vast majority of the Warlords storyline because I struggled to find pick-up groups, and it appears to scale effectively. Gear score is replaced by levels again until you’ve climbed from 30 to 40 and, once again, I was left wondering why Gear Score is a thing at all, when a higher character level cap and clearer stats would do a better a job.

The campaign is decent though, each boss fight presenting a unique series of challenges, using the environment along with new tech to confound you, but rewarding you handsomely for your efforts. It’ll run you to the 12-hour mark easily, or longer if you choose to spend time in the open world in-between. Or maybe you’ll take a trip into the Dark Zone, which has seen overhauls in the form of improved rewards and stricter punishments for gankers and griefers. You can call extraction in more often now, even if you only have one piece of loot to extract, which constantly brings all the agents to the yard on a morr regular basis, keeping the flow of combat and the loop of risk and reward at a constant high tempo.

With Warlords of New York, The Division 2 finally gets a villain worth tackling, but he comes with the realisation that he’s exactly what the base game was lacking and why so many players spent so long hunting the spectral Hunters and then wishing Ubisoft would add more later. A clear villain gives the action focus, and while his ultimate goal may be the currently over-used “destroy the world to save it” nonsense, his brand of anarchy is refreshing, and having a figure of hatred to fixate on amongst all the suffering and pain is cathartic in itself. A word of warning though: the bullet sponges are back in force, and they’re so common you’ll feel like you’re back in New York from the first game. It’s a mechanic Massive have struggled with since day one in this universe, and still makes zero sense in a real-world setting. No one should be shrugging off a bullet in the face, steel mask or no.

That aside though, throw in a bunch of new gear and cosmetic items (still no new beards though, what the hell?), more levels to grind, new environments, challenges, and pantomimey villains and Warlords of New York proves to be an enticing and rewarding addition to one of last year’s best shooters. Will it revive a flagging IP enough to ensure a threequel? Who knows. Either way, it’s certainly worth a return trip to Manhattan.

Warlords of New York proves to be an enticing and rewarding addition to one of last year's best shooters, and is certainly worth a return trip to Manhattan.