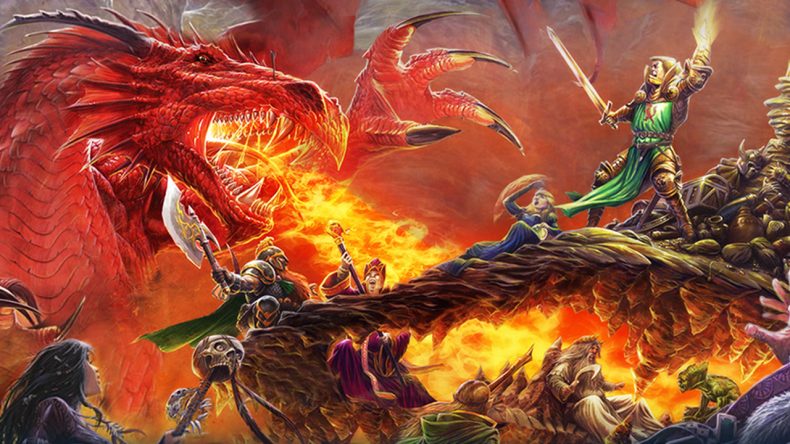 Though nowadays I struggle to find time to fit everything in, there was a time back in my distant youth when the only thing I did when given a choice was play board games. I was a particular fan of quest games, like Dark World, Hero Quest, and of course – Talisman.

A lesser-known Games Workshop title, it was one that kept me and my dad up way past my bedtime, despite it being genuinely pretty complex. A few years ago the digital version was released on PC, Vita, PS4, and mobile, along with the 4th Edition ruleset, and now the same version has come to the Nintendo Switch.

The first thing I remember most about the board game was the vast selection of hand-painted character cards. A multitude of heroes, villains and monsters were yours for the choosing, each with slightly different stats and styles. The second thing I remember is the punishing difficulty. Ostensibly, Talisman is about rolling a dice and moving around a board in whichever direction. The outer board is essentially the wilderness, comprised of forests and meadows, with a settlement of some kind in each corner. Each time you land on an outer square you draw an Adventure Card, which may present you with an item or event, or a fight. Combat is so fast it’s almost pointless, as you and your opponent (AI or player) simply roll the dice, add the value to your Strength or Craft value (which both do the same but apply to either warrior or magic classes). The final score determines who wins. If it’s a player; they lose one of their three lives and deal with the consequences (being robbed, for example, and losing all of their gold).

The inner board is where it’s at, though. By the time you reach this area you should have survived enough trials that you’re a tougher prospect for lurking enemies, and you’ll be in a better position to seize the Crown of Command, the McGuffin that allows you to pretty much dominate every other player or creature on the board until all that’s left is you atop a pile of bodies.

Unfortunately, the Digital Edition retains the difficulty and complexity of the original game and does very little to explain its systems properly to you. This, coupled with the speed at which the game moves, does nothing but disorient you, and unless you’re here for the nostalgia like me, I wonder why you’d stay at all. The artwork is still pretty enough, but the vast majority of characters are locked behind paywalls and you need to buy the expansions to make them available. To me, this is the biggest crime of all, when a £17 game has over £80 worth of additional content. Sure, it’s optional, but the game simply doesn’t make you want to spend money and so it feels a little cheeky.

Ironically, my biggest issue with Talisman is that it’s so similar to the source, and the source isn’t far shy of 40 years old. Times have changed a lot and, despite the many expansions and revisions the board game has seen, it’s still an overly complex and sometimes genuinely unfair experience. Fans of the original game may find the Digital Edition enjoyable, but the fact that so many characters are locked behind microtransactions, and the overall experience often amounts to a high-speed gankfest, I find it hard to recommend Talisman to anyone but the hardcore fanbase.

Fans of the original Talisman board game may find the Digital Edition enjoyable, but the fact that so many characters are locked behind microtransactions, and the overall experience often amounts to a high-speed gankfest, I find it hard to recommend Talisman to anyone but the hardcore fanbase.