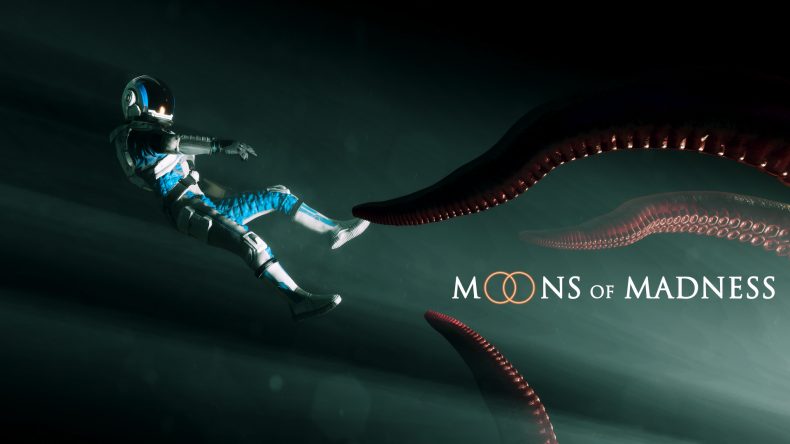 There simply aren’t enough horror games with a Sci-Fi setting.The isolation of space, coupled with a horrific monster or two, never ceases to get the blood pumping. After we tragically lost the Dead Space series, scary experiences outside of our planet’s atmosphere became few and far between. Moons of Madness is one of those few and far, set on a Mars research base with some tentacle based problems.

You play as Shane Newehart, a low level engineer stationed on the Invictus Mars base. Working life for Shane predictably takes a turn for the worse, as Lovecraftian tentacles haunt his dreams and then his reality. Day-to-day life on Mars involves repairing solar panels, traveling in a space buggy, and very little human contact outside of conversations through your headset.

Moons of Madness is an exploration game with puzzles and investigation much more prominent than any action sequences. You’ll spend the majority of your time checking emails, finding new security cards, and using your handy scanner to analyse anything unusual. The scanner also serves as a useful multi-tool to connect to any systems that need your attention. The puzzles blocking your progress through the Mars base are serviceable enough, if a little uninspired: following coloured pipes; redirecting steam, and finding passwords are all tasks you’ll have accomplished countless times in other games, but they serve as a decent way to get you from one scary moment to another.

When Moons of Madness starts to amp up the fear, it becomes a genuinely unnerving experience. From sinister messages scrawled on walls, to shadows moving in the corners of your vision, you and Shane will constantly feel like you’re in a situation of great peril. There are also a variety of alien horrors you’ll unwillingly come across on your mission, and with no combat capabilities, fleeing is your only option. These brief sections where you find yourself running from an often tentacled monstrosity are by far the most memorable and intense sections of your time on Mars.

The red planet makes for an incredible backdrop for your cosmic horror adventure, with outdoor segments looking especially breathtaking. That’s not to take away from the perfect Sci-Fi aesthetic of the interior of the Mars complex, which manages to feel lived in, realistic and lonely all at the same time. The base really does feel like a genuine location plucked out of a Sci-Fi horror epic, and Rock Pocket Games has done a remarkable job filling it with small, immersive details. The menial tasks you have to do to cope with life in space really make the experience feel more grounded in reality, whether it’s keeping an eye on oxygen levels, wearing appropriate attire, or locking doors behind you – it all serves to make Mars life seem so real.

As enjoyable as it is spending time in the gorgeous environments of Moons of Madness, the slow pace of the game does eventually take its toll. There’s a fine line between quiet tension and boredom that more often than not lands on the side of the latter. After reading four walls of text in a colleague’s inbox and stumbling around an office looking for an ID card, I often found myself begging for a monster to peek its head around the corner.

Moons of Madness is a beautiful and unsettling cosmic horror experience that’s just too slow paced. When the action does pick up though, the chase sections are really intense. If you’re prepared to go through some walls of text and another valve puzzle, Moons of Madness might still keep you awake in the dark hours of the night.

Very slow paced
Puzzles are very uninspiring
A lot of reading, not broken up well

An unsettling and beautiful experience, with a pace that's just too slow. If you can get past the walls of text and all too familiar puzzles though, Moons of Madness is good for a few scares.