previous
A Plague Tale: Innocence may be in its infancy, but certainly looks full of promise
random
next
Podcast: Like a blade to the chest (08/02/17)
0 comments 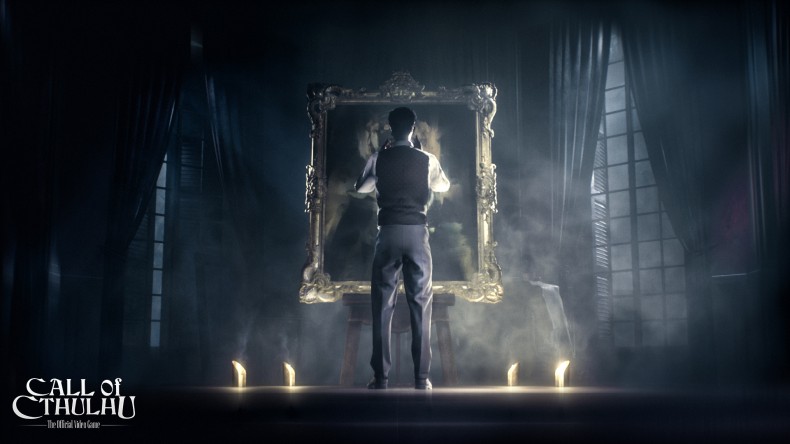 I’ve never read anything by H.P. Lovecraft. My knowledge of his work extends to knowing that Cthulhu is some massive squid geezer and that our boy Crafty was a bit of a racist in his work. Regardless, his writing has stood the test of time and continues to be read and referenced today. In fact, it’s even being used for inspiration in a video game.

Call of Cthulhu is a video game adaptation of the paper role-playing game of the same name, developed by Cyanide Studios. Set in the 1920s, it’s a first person horror-adventure RPG which puts you in the shoes of Private Investigator Pearce who has been tasked in discovering the truth behind a mysterious fire that ravaged through the Hawkins Mansion and killed three people. I watched a demo which showed off the opening to the game and then a monster encounter which takes place further on in the adventure, which is aiming to be around 10 to 15 hours long. Although I completely hate horror in whichever form it takes (so much so that I jumped when a flock of birds frantically  took flight at the beginning of the demo) and have no connection to Lovecraft in the slightest, I was very impressed by Call of Cthulhu. There seems to be a lot of depth and interesting ideas going on.

The demo starts with Pearce surveying the outside area to the mansion, which is dominated by spooky trees with branches that curl and twist like a witch’s fingers. The sky was grey and there was a chill in the air, the atmosphere immediately making me want to close my eyes.

“Knowledge is the true weapon, but the more you know, the more it can damage your sanity” was the ethos that kept being repeated by the lead designer, and it’s clear to see why. With Pearce being a private investigator, his task is to gather information and then use what he has learned to come up with solutions. We see this immediately in the opening as Pearce investigates the tombstones of the three people who died in the fire, noticing that while two of them are adorned in fresh flowers, one of them is not. Later, he uses this information to piece together the first of doubtlessly countless mysteries. He attempts to find a way into the creepy, foreboding mansion but it’s locked–not that this stopped him. I wish locked doors would be more of a deterrent for video game characters from going inside scary looking buildings. Then Pearce is jumped on, thankfully by a human. He’s a the caretaker of the mansion, because abandoned mansions always need caretakers, and is a weird looking dude, but thankfully he can be spoken too.

Pearce quickly deducts that he must be tending to the graves and must also have locked the mansion. It then becomes the player’s job to carefully select the correct dialogue options to get the caretaker onside and peacefully handover the key. That’s how things went down in our play demonstration, but we were told that should you say the wrong thing through your playthrough, you’ll have to find another way into the house.

We were also told that there will be several characters you can talk to throughout Call of Cthulhu, and that the way in which you interact with them will change how they treat you and their perceptions. If you manage to get a character on side, then you will be able to send them on their own little quests to gather useful supplies. I suppose I should mention at this point that the current voice acting being used is pretty woeful, with accents bordering on the hysterical. We were told, however, that these were just placeholders and will be improved for final release.

It’s obviously dark inside the mansion, so in order to see, Pearce must flip out his lighter which  offers only a flicker of light in the chasm of darkness, because horror. Also, the lighter of course runs out of fuel and must be refilled with gas, because horror. This battle with trying to maintain a constant light source brings an even more oppressive atmosphere to an already spooky place. Pearce quickly finds the room in which the fire started, and from investigating the area and combining his previous knowledge, he has to decide what happened. A list of all the clues found will appear, and the player must select the ones they feel are most relevant and then come to a conclusion. Wrong decisions can be made at every turn, and with “knowledge being a weapon”, having the wrong information at your disposal can harm your efforts going forward.

After seeing the introduction which showed off the investigating side of Call of Cthulhu, we then skipped forward some and were shown something a bit scarier. The fella who owned the mansion just so happened to be a collector of horrifying art and while in the gallery, some mad-looking giant spider crab thing climbed out a painting. Pearce can’t take this thing on head on, even looking at it lowers his sanity meter (basically a health bar) so he has to evade the monster by running away or hiding in wardrobes (which also lowers his sanity meter, as he’s claustrophobic). Eventually, being brave and using knowledge he’d previously learned to go and grab a strange dagger out of a display case, he is able to destroy the painting from which the hell spawn came. It was hard to tell from the demo just how well the monster’s AI worked, but it was a gnarly looking bastard and the tension was palpable as the player ran away.

It’s clear that Call of Cthulhu is taking inspiration from a wide variety of different games, to me it felt like a weird mega mix of L.A Noire, Outlast and Alien: Isolation, but there is a good amount of originality here too. The Lovecraft theme, which I’m told they’re fully paying respect to, gives it a creepy, dark atmosphere and mechanically there’s some interesting ideas being tried–especially with the emphasis on knowledge being the most important weapon to survive, rather than actual weapons, all of which takes a toll on your ever fragile sanity meter.

With it being a horror tile, I doubt I’ll ever see any of Call of Cthulhu’s four endings, but I’m still very interested to see how this game develops in the coming months. Fans of the genre or Lovecraftian tales should be keeping an eye on this one.

Preview is based on a hands-off demo shown at an event in Paris, France. Travel and accommodation was paid by publisher.
Features, Previews
call of cthulhu